For sale! Turnastone home was once Britain’s oldest petrol station

For sale, with petrol pumps! The £295k derelict Grade II Herefordshire cottage that was once England’s oldest filling station

It is a village property that is perfect for petrol heads, but perhaps less so for anyone who needs a modern family home that’s ready to move into.

That is because this Grade II listed property in Turnastone – about 10 miles west of Hereford – was last lived in during 2005 and has remained untouched ever since.

It is known locally as The Old Garage – although the property’s name is Glendore – as there is a pair of pumps in the front garden and it was used as a petrol filling station from 1919. It was believed to be the oldest surviving petrol station in England by 1992.

The detached property is being sold as a three-bedroom cottage, with a guide price of £295,000. 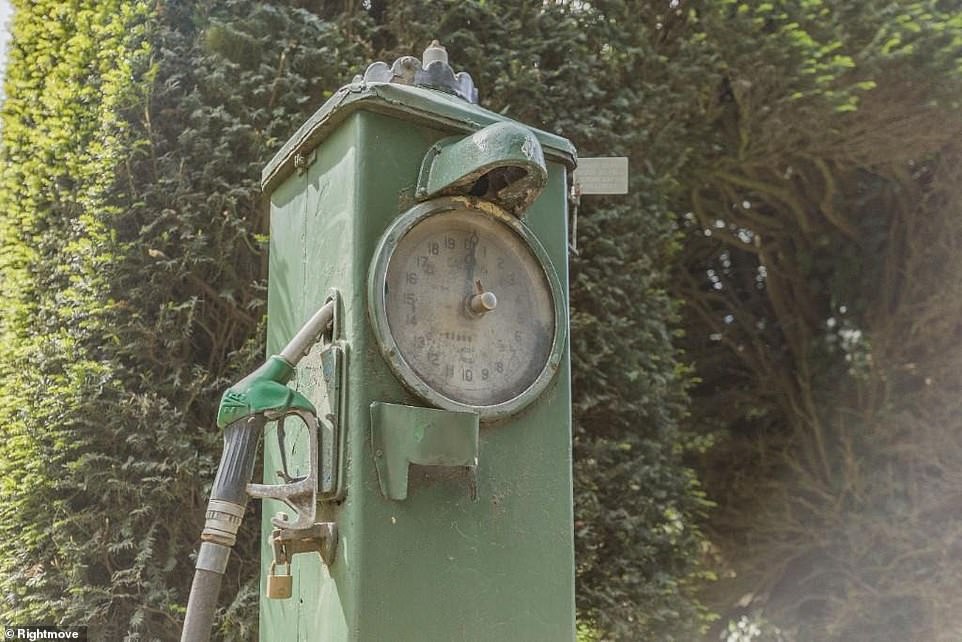 The garage was founded by H James Charles Wilding and taken over by his sons Hedley and Percy.

There are two petrol pumps in the front garden of the property, either side of the substantial arched hedge. One is a Wayne and other is an Avery-Hardoll, probably dating from the 1950s and 1930s respectively. 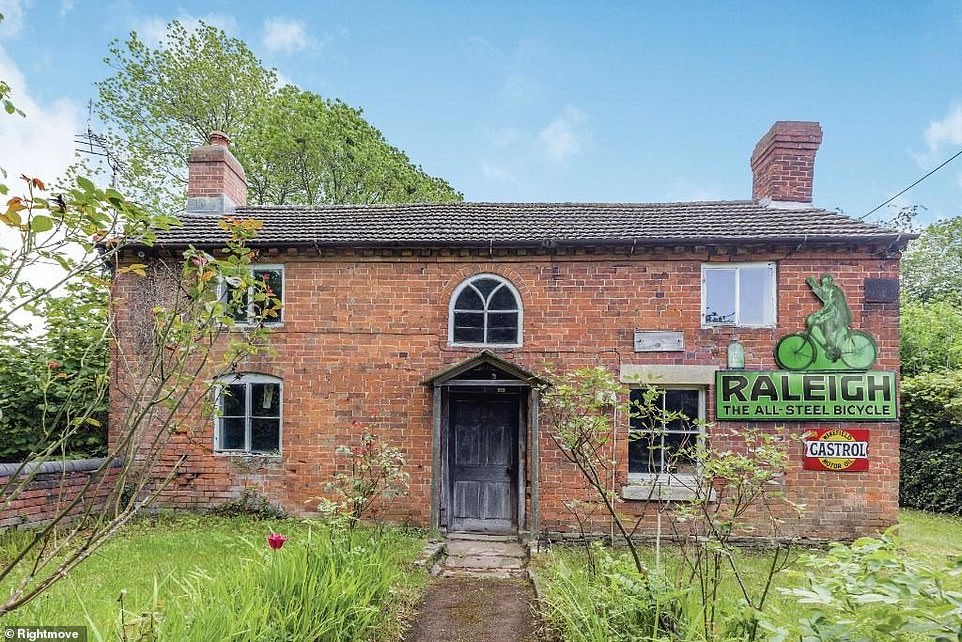 The detached property in Wales is being sold as a three-bedroom cottage, with a guide price of £295,000 – but the interior needs a lot of work 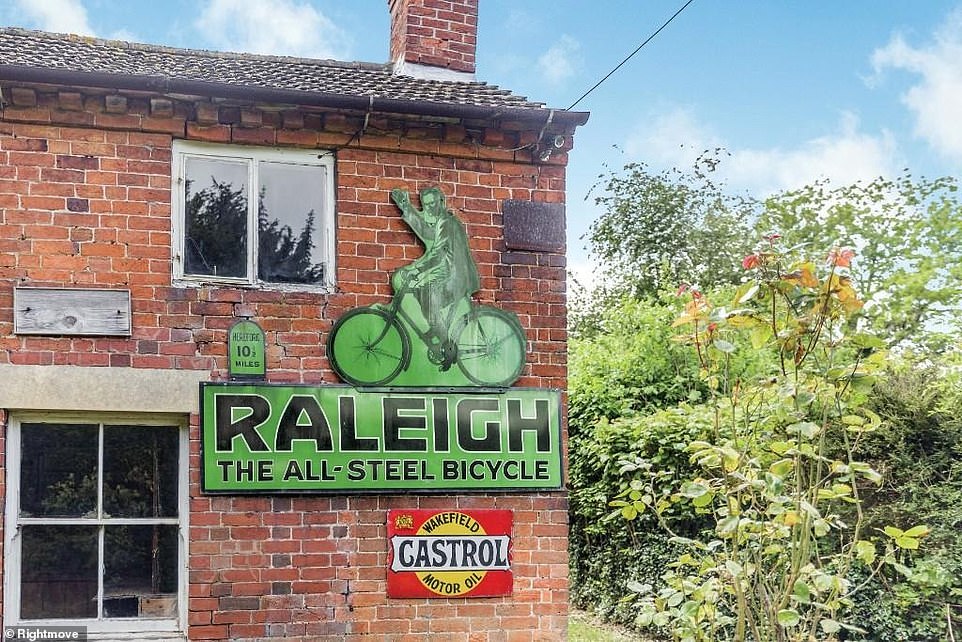 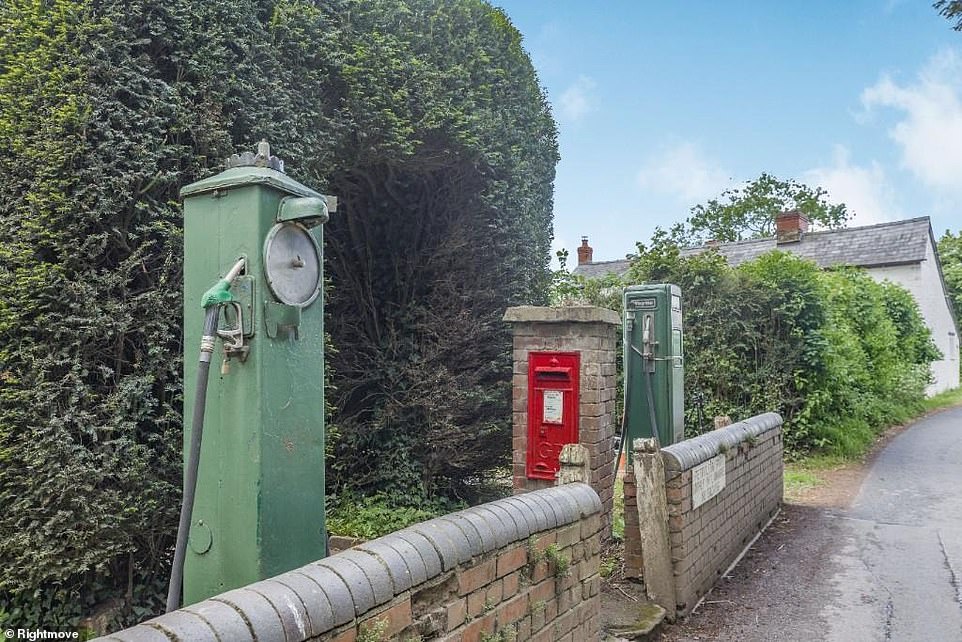 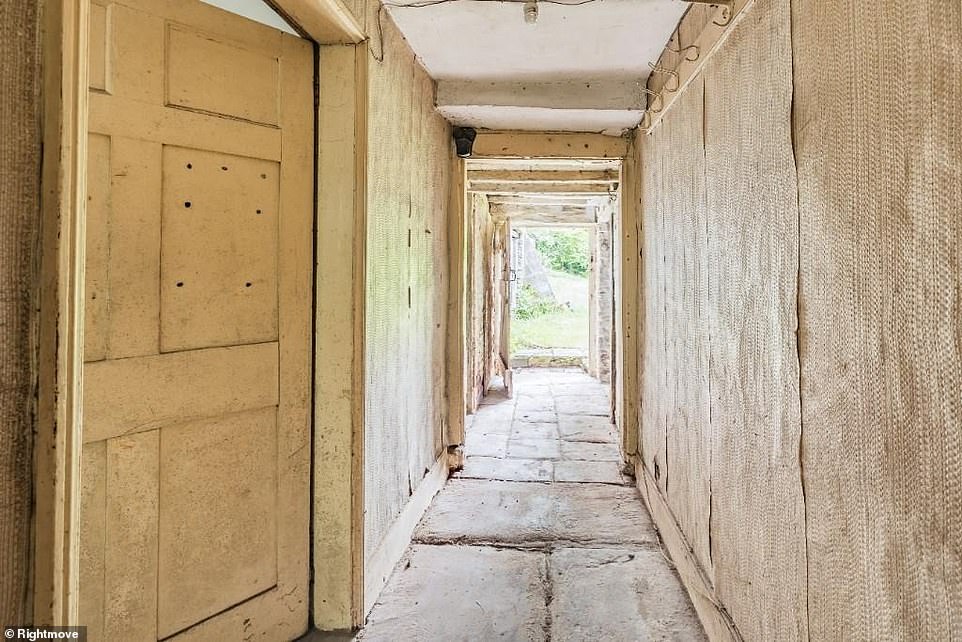 The cottage needs to be fully renovated, having last been lived in during 2005 and not been touched ever since 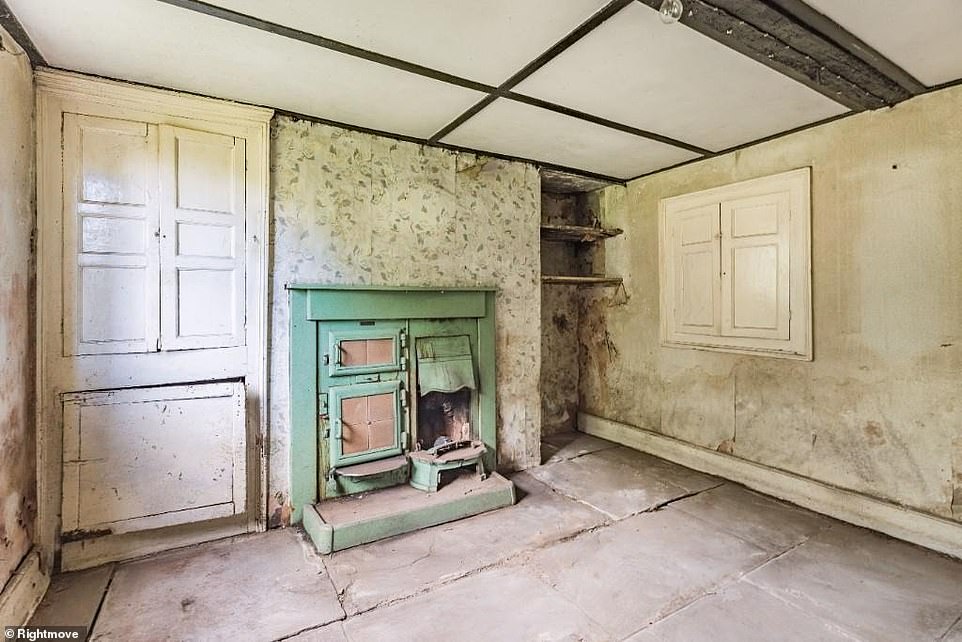 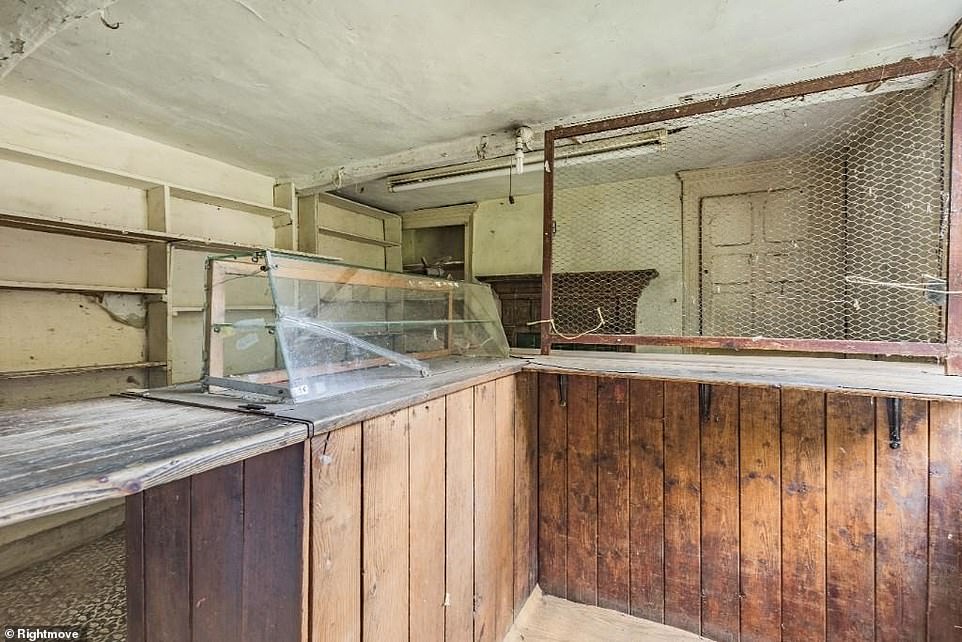 The property sits in the heart of the village and also previously included the village shop, with the Walls Ice Cream price list of 1985 still on the garden wall.

Inside of the cottage, flagstones cover much of the ground floor, while the fire grate and oven in the sitting room and the fireplace in the shop remains, as does the Rayburn in the kitchen.

Outside the garden includes a former pigsty with a log store, storeroom and double seater lavatory. There is mains water and electricity connected. 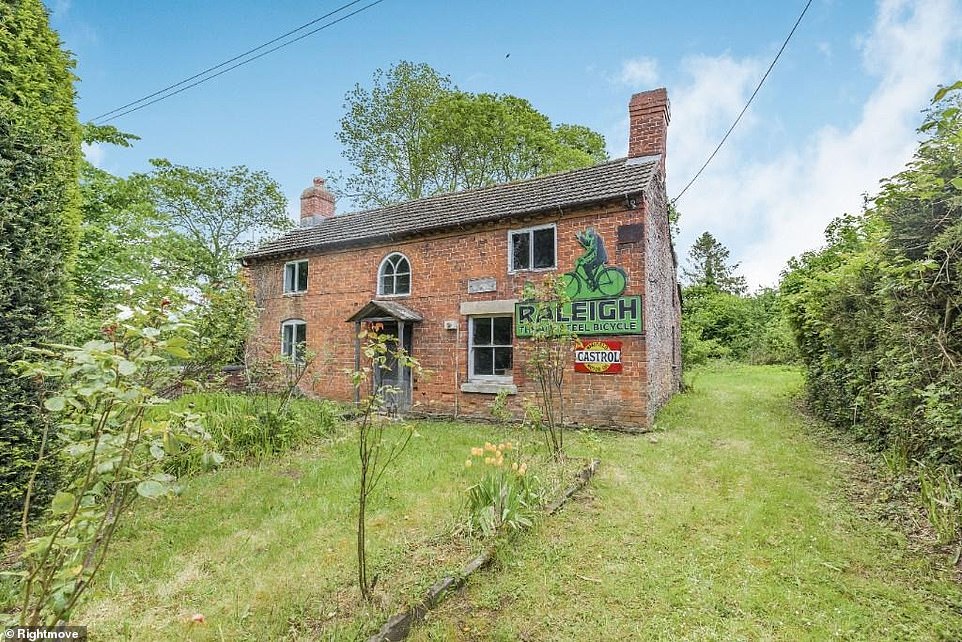 Despite the interior of the property being run down, there is the advantage of mains water and electricity still connected 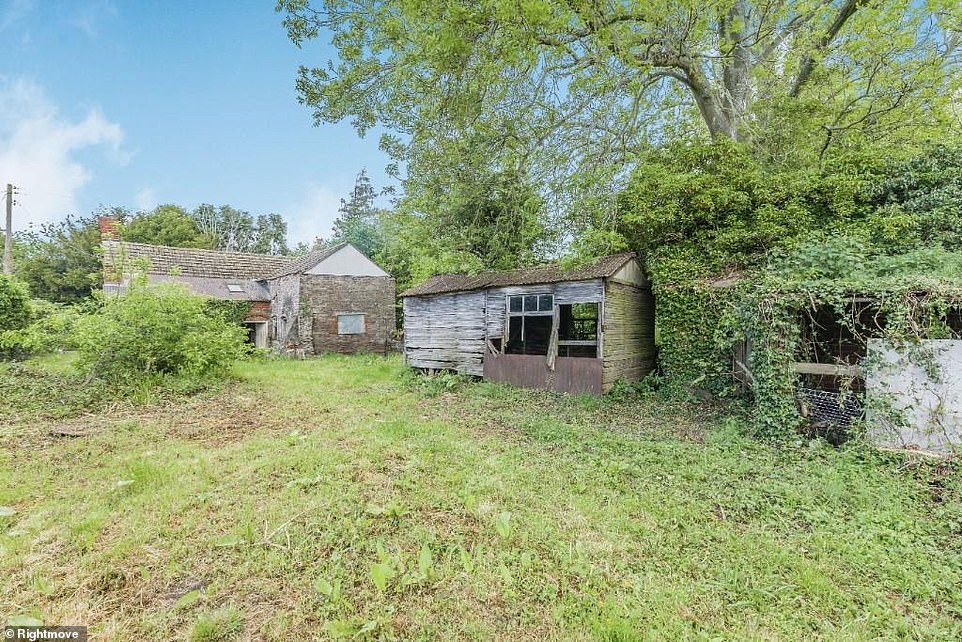 Outside, in the garden at the rear of the property, there is a former pigsty with a log store, as well as a storeroom 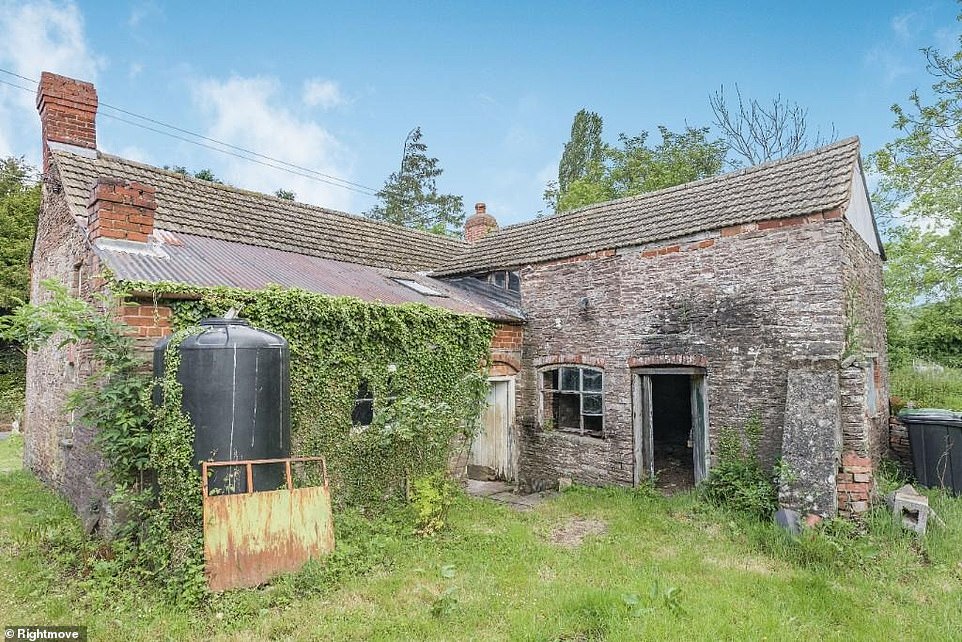 The sale of the unusual property is being handled by estate agent Jonathan Bengough.

The road through the village of Turnastone leads west to the stunning Welsh Black Mountains, which are known for its many ridge trails.

The average price of a property sold in Turnastone during the past 12 months is £340,214. It compares to an average of £320,697 for Britain, according to property website Zoopla.