MEXICO CITY (AP) – There have been death threats. Crashes on the track. Bitter arguments between teammates and strict warnings from team leaders to tone it down.

The fiercest rivalry in Formula One this season hasn’t always been at the front in the battle for the season championship. The duel between teammates Sergio “Checo” Perez and Esteban Ocon in the cockpits of the pink Force India cars is the one that has come closest to a brawl.

All of which could make for a rough Mexican Grand Prix for Ocon. Perez is the favorite son of the Mexican fans, and Ocon could face some tough driving through jeers from the massive grandstands at the Autodromo Hermanos Rodriguez.

Rivalries are as much a part of racing as the checkered flag. Over the past three seasons, Mercedes teammates Lewis Hamilton and Nico Rosberg were constantly in the headlines as they fought for championships and their childhood friendship was sacrificed.

Anticipating a rowdy Mexico City reception, the Force India drivers insist they came to the race on good terms. Perez even gave Ocon a pat on the back after last week’s U.S. Grand Prix, a rare public display of unity.

“Look, we are all good together,” Ocon said ahead of Sunday’s race. “There are no problems between us. For sure we had issues in the past but we spoke. There is a lot of respect between us … I’ve actually had a very warm welcome.”

Then he revealed how the death threats have been coming in for months and as recently as Wednesday.

“I don’t know if you take that seriously or not,” Ocon said.

Seriously enough that in a city plastered with giant billboards urging “Vamos Checo!,” Ocon has been supplied with bodyguards this week, French news agency AFP reported.

“That will show him that you have to think twice before messing with a Mexican,” said Carlos Rojas, a 21-year-old student who wore a Perez hat and jacket to the track Friday. “I know that maybe someone will try to scream something at Ocon, but I*m not going to do it. We are here to root for Checo.”

Ocon joined Force India this season in a move that matched the 21-year-old Frenchman, considered among the rising stars of F1, with a savvy and solid veteran in Perez.

Their rivalry has been running since the opening race in Australia. Perez and Ocon have finished within one place of each other 10 times, with Perez usually getting the upper hand. Ocon has been so steady as a young driver that he set an F1 record by completing his first 26 races dating to his 2016 debut.

Sometimes they ran into each other.

In Baku, Azerbaijan, they collided while fighting for position after a safety car restart. Before the hit, they were running fourth and fifth. Perez dropped out and Ocon finished sixth, spoiling what could have been a double-podium finish.

“The way he raced today wasn’t right,” Perez complained. Ocon insisted Perez hit him first and later said the team found both drivers at fault. That’s when the social media chatter got mean, warning Ocon to be ready for some abuse when he got to Mexico.

Their cars touched again on the first lap in Hungary. Then came the blowup in Belgium .

Before the race, Ocon had declared, “I’m not here to be behind him all the time.” And 29 laps in, he was trying to pass when Perez squeezed him into a wall at more than 180 mph. Perez got a tire puncture. Ocon’s front wing was damaged and he limped home in ninth place.

Perez “risked our lives,” Ocon raged after the race. Then he posted “he tried to kill me” on social media.

That was enough for Force India bosses, and the drivers were put in a closed-door meeting to settle their differences and calm down. The team also issued new racing orders: they had to hold their position when next to each other on the track. It would stifle their racing instincts but would prevent collisions. The last few races have been incident free.

Force India ranks a solid fourth in the team standings, making them the top team outside of the big three of Mercedes, Ferrari and Red Bull. Perez said he hopes drivers will be allowed to race each other Sunday. The Mexican fans will want to see some action.

“We should be able to race here,” Perez said.

Perez urged Mexican fans not to be too hard on Ocon. It’s a delicate week for both drivers. Perez is not yet under contract for 2018 and Ocon had meetings all week with the team’s major Mexican sponsors. Mexican billionaire Carlos Slim has been a major backer of Perez’ racing career.

“We obviously had a bad relationship since Baku and especially we hit a very low point in Belgium … I think that respect is there now,” Perez said. “I see no reason why fans should be bad to him. They really like the sport and at the end of the day, it’s just a sport and that’s how it should be.”

“A lot of Mexicans are used to defending their countryman when someone is in trouble, but I don*t think a death threat is the way to do it,” he said. “We are the hosts and we should treat everyone with respect.” 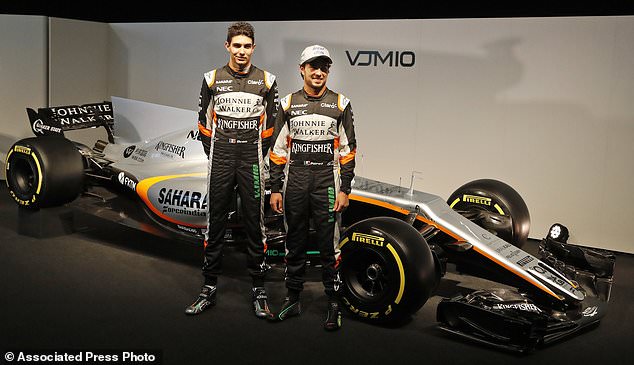 FILE – In this Wednesday, Feb. 22, 2017 file photo, Force India driver Sergio Perez of Mexico, right, and Force India driver Esteban Ocon of France pose at the launch of the new Force India F1 car, VJM10, at the Silverstone racetrack in Towcester, England. One of the bitter rivalries of the Formula One season has lived in the cockpits of the pink Force India cars. Crashes have led to a season of bickering between Mexico’s Sergio Perez and France’s Esteban Ocon. The drivers say they respect each other heading in the Mexican Grand Prix. But Ocon will also be driving in front of a Mexican crowd that could give him a rough welcome. Ocon says he’s received death threats during the season. (AP Photo/Frank Augstein, File) 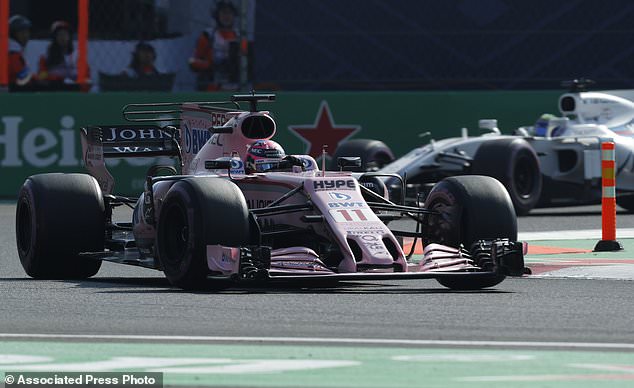 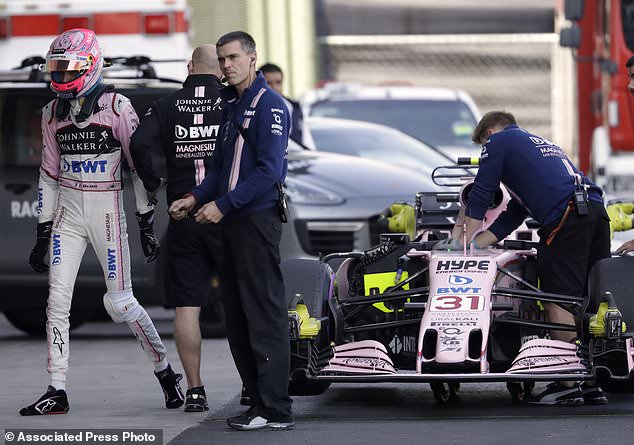 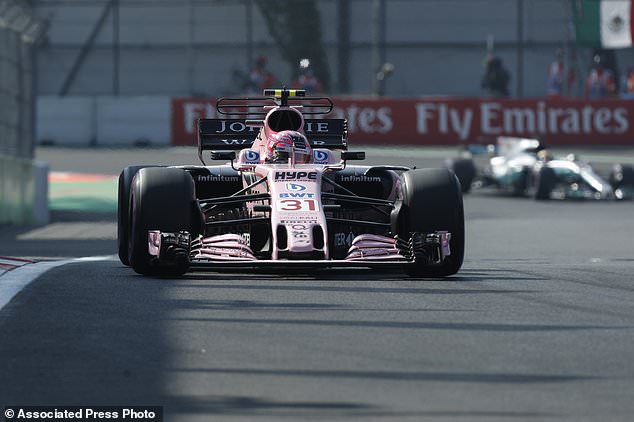