Ford wants to help mitigate the spread of coronavirus among law enforcement by roasting vehicles at oven-like temperatures.

A new piece of software introduced by the automaker and designed specifically for its line of Police Interceptor Utility vehicles cranks heat inside the cars to 133 degrees Fahrenheit for 15 minutes.

Specifically, the software is designed to rev engines to generate heat and then turns the vehicle’s fans on high. 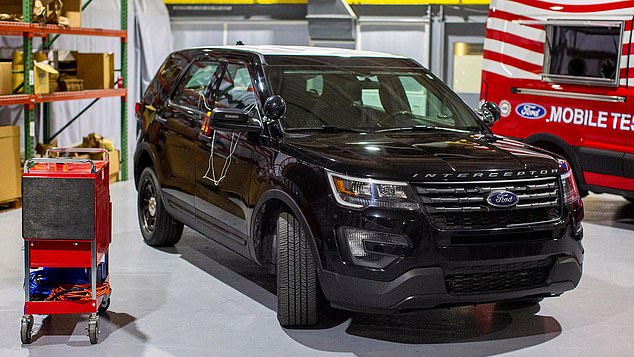 All the while, the software monitors internal temperatures to make sure the car remains hot for long enough to feasibly kill any virus concentrations inside.

According to the company, the extended period of heating is designed to kill the viral concentration inside vehicles by 99 percent.

Ford does note, however, that the system is not meant to be a replacement to other safety measures but is meant to supplement them.

MailOnline reached out to Ford on what, if any, safety measures prevent the process from being initiated while a passenger is in the car.

‘First responders are on the front lines protecting all of us. They are exposed to the virus and are in dire need of protective measures,’ said Hau Thai-Tang, Ford chief product development and purchasing officer.

‘We looked at what’s in our arsenal and how we could step up to help. In this case, we’ve turned the vehicle’s powertrain and heat control systems into a virus neutralizer.’

According to Ford, the company worked with The Ohio State University to determine the temperature and time needed to help reduce the spread of the COVID-19 virus. 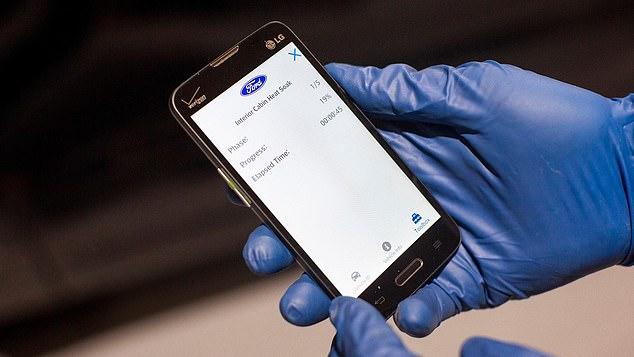 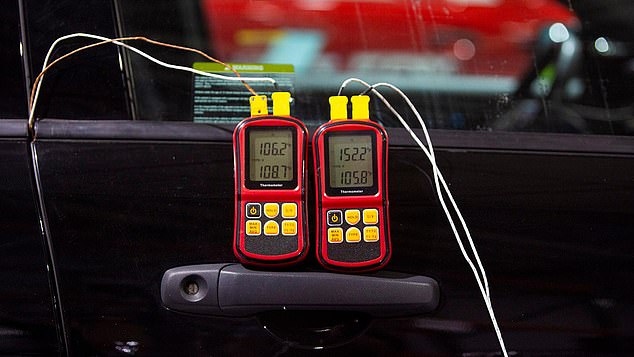 ‘Our studies with Ford Motor Company indicate that exposing coronaviruses to temperatures of 56 degrees Celsius, or 132.8 degrees Fahrenheit, for 15 minutes reduces the viral concentration by greater than 99 percent on interior surfaces and materials used inside Police Interceptor Utility vehicles,’ said Jeff Jahnes and Jesse Kwiek, laboratory supervisors at The Ohio State University department of microbiology in a statement.

Since Ford’s technology is software based, it’s currently ready to de deployed in any of its Police Interceptor vehicles made between 2013 to 2019.