Foreign investment in Australian real estate plunges by 58 per cent

Is the great Chinese takeaway over? Foreign investment in Australian real estate plunges by 83 per cent as Beijing-based millionaires buy fewer homes

Foreign investment in Australian residential real estate has plummeted by 83 per cent in the last two financial years.

The boom was sky-high in the 2015-16 financial year with $72.4 billion in foreign currency flooding into the real estate market.

The dramatic drop has been attributed to taxes introduced by the government, stricter lending, and more controls on funds leaving countries such as China.

Despite the overall numbers being down China still leads the world in investment in the Australian real estate sector.

‘The data is finally starting to reflect what happened last year. Chinese buying dropped off significantly due to foreign buyer taxes and capital controls,’ she said.

Ms Law said that her firm does not expects the falls in investment to continue, saying that she ‘expects Chinese buying to be flat in 2019.’

A Foreign Investment Review Board report released on Monday says there are multiple reasons for the drop off in Chinese investment.

These include the introduction of state taxes, investment application fees, stricter lending conditions by Australian banks, and tighter controls on outgoing funds from China.

China also leads the entire real estate sector, including commercial and industrial projects, with $12.6 billion worth of approvals, followed by Singapore with $7.8 billion and the US with $5.8 billion.

Every time a foreign entity invests in Australia it must apply and be approved by the Foreign Investment Review Board. 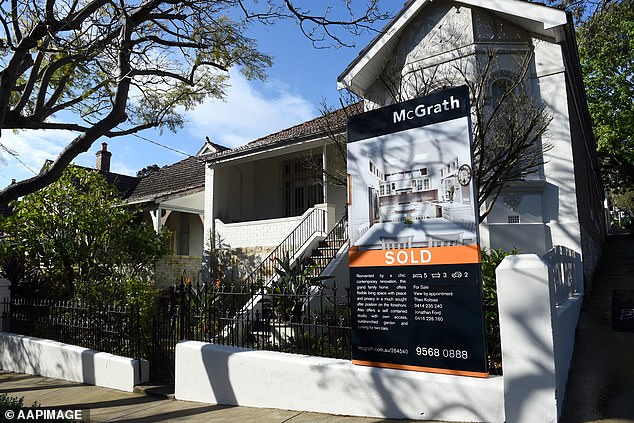 Approvals are generally issued for new developments ‘that contribute to Australia’s housing stock’ rather than for existing dwellings that are already in place in the housing sector.

Victoria leads all the Australian state’s for foreign residential investment at 46 per cent, while New South Wales follows with 23 per cent and Queensland saw 17 per cent.

Across all sectors, the United States is now the top source of overseas money coming into the country, having jumped by $10 billion last financial year to $36.5 billion.

The rise in US investment was largely driven by increases in the real estate, electricity, manufacturing, and gas sectors, according to the report.