Forensic cleaners who were hired to sort through a multi-million dollar home where a mummified body was found claim it was one of the worst hoarder residences they had ever seen.

A cleaner made the grim discovery of a male body wrapped in carpet, when they were sorting through the Greenwich house, on Sydney’s lower north shore, on Tuesday.

Police confirmed the man’s body had multiple injuries to it, and they are treating his death as suspicious. 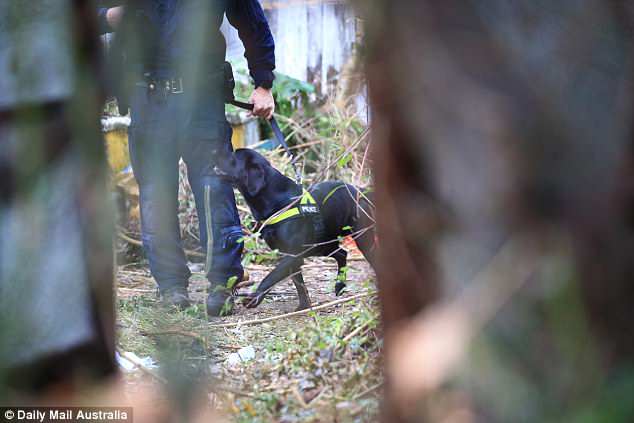 A cleaner made the grim discovery of a male body wrapped in carpet, when they were sorting through the Greenwich house, on Sydney’s lower north shore, on Tuesday 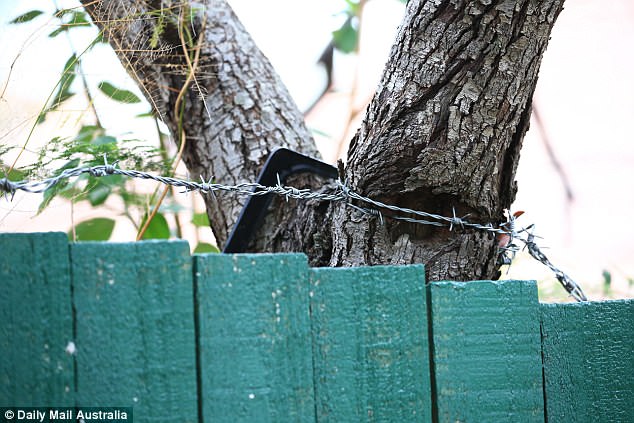 One cleaner who worked at the property revealed the deceased estate was a ‘complete fire hazzard’ due to how much rubbish was piled in it.

‘We have done some shocking cleans but this was one of the worst,’ a cleaner said.

She claimed old news papers and mail were stacked from floor to ceiling leaving a narrow pathway through the home.

‘The house is so full of stuff that you can’t open some of the bedroom doors,’ she said.

The executor of the estate called in the cleaners last week and said the discovery of the body was ‘a big shock for everyone’.

He explained the body was found in the third bedroom of the property, Mr Roberts is understood to have primarily used the other two bedrooms.

Mr Roberts was estranged from his family, the executor revealed, and has one living relative – a cousin not living in Sydney. 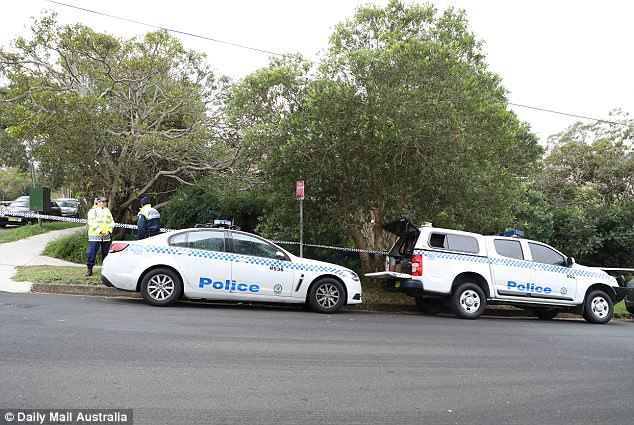 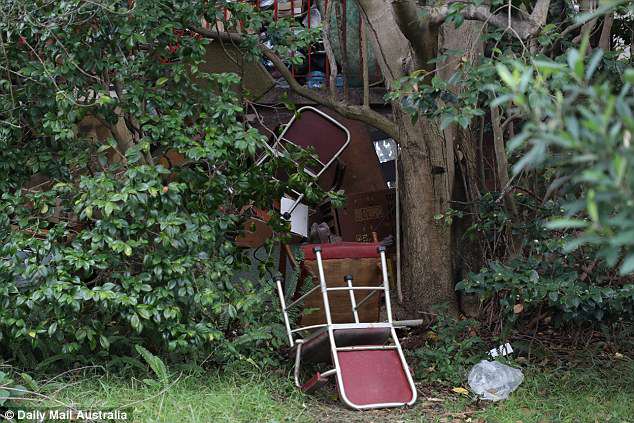 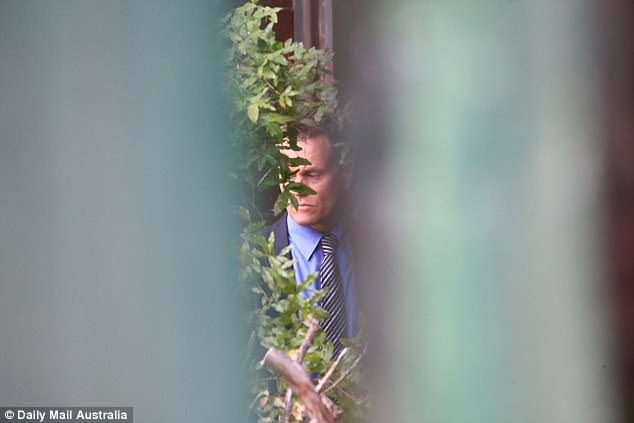 A detective was on site on Friday, searching the backyard for clues

Mr Roberts, 60, died in the house in July last year, and the property has since been untouched.

‘There was even stuff stacked up under the house,’ the cleaner said.

The forensic cleaners were brought in to clear-out the room where Mr Roberts was found dead – and finished their part of the huge job on Friday.

A separate cleaner was hired to remove rubbish from the property, and is understood to have found the body while clearing out rolls of carpet. 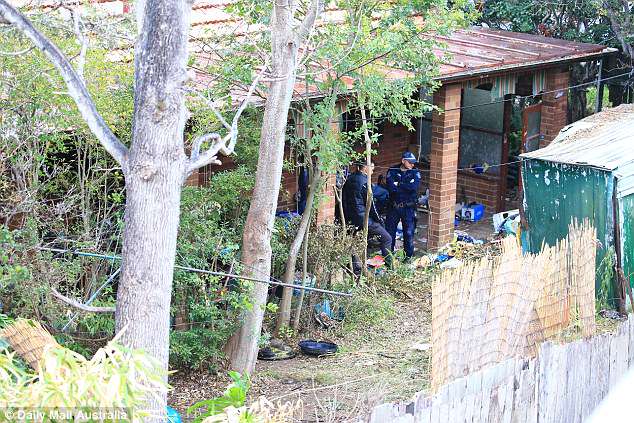 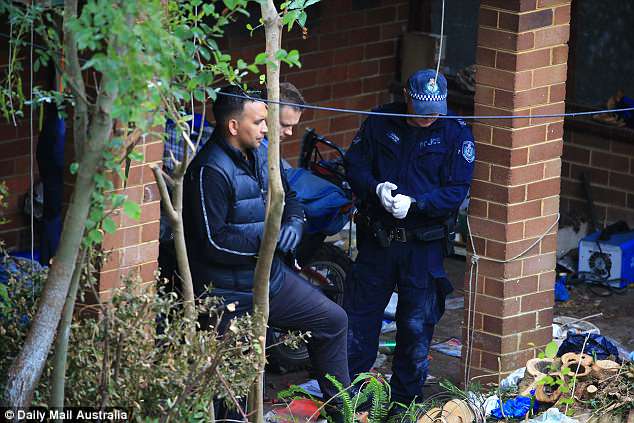 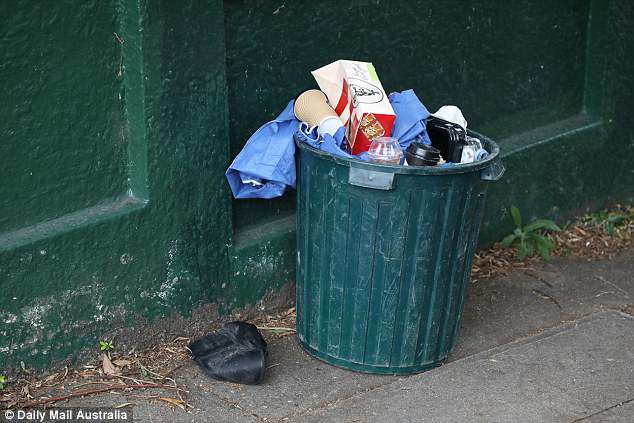 A garbage bin sits outside the home – revealing a lot of coffee cups, and takeaway food containers

‘It is just very creepy knowing we were working right near a mummified body,’ the cleaner said.

Police began a methodical dig of the backyard of the Greendale house on Friday, just hours after a post mortem on the man’s body confirmed his death was suspicious.

The dead man, believed to be aged in his 30s or 40s, had been dead long enough for his body to mummify, police said.

Neighbours revealed the home had been deserted since Mr Roberts died in July last year.

Mr Roberts inherited the house when his mother died about 20 years ago. 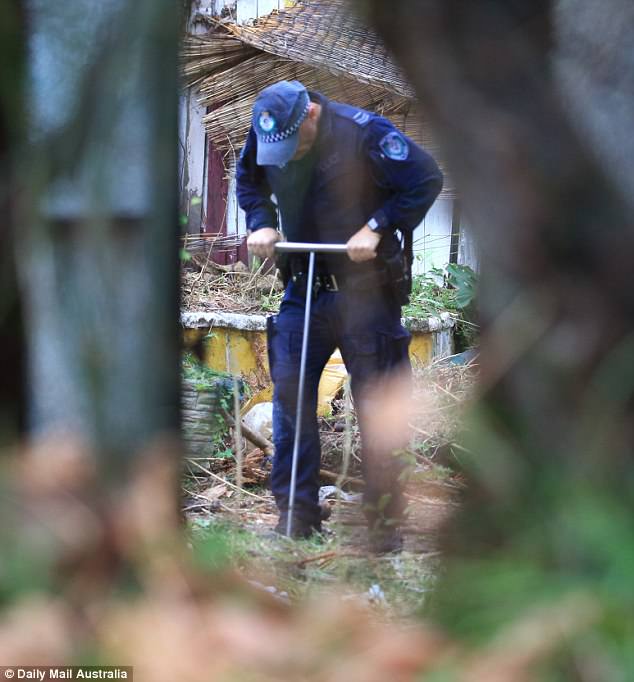 Police have dug up the backyard of a Sydney home where the body of a man, believed to be aged in his 30s or 40s, was found wrapped in carpet days earlier (pictured) 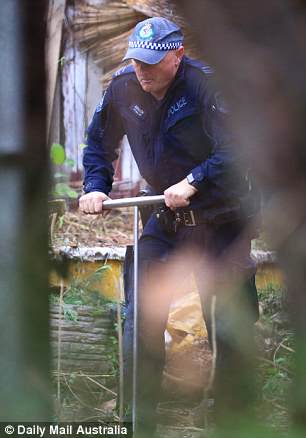 Police began a methodical dig on Friday morning after cleaners made the gruesome discovery at the house in Greenwich, on Sydney’s lower north shore, on Tuesday 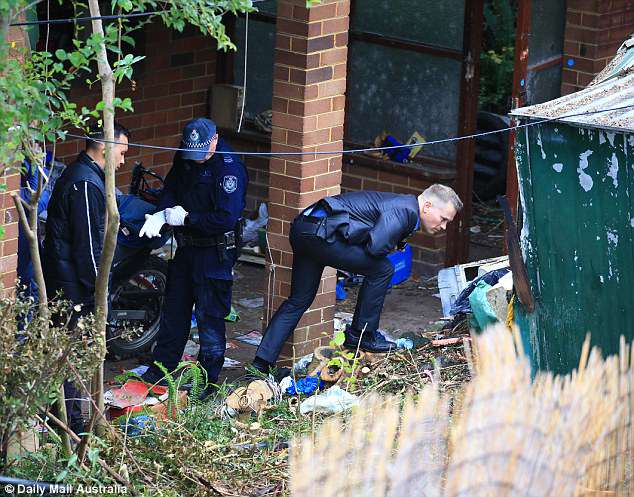 Neighbours revealed the house had been deserted since Bruce Roberts, the owner’s son, died a year ago

Edna Scott, who has lived across the road for 39 years, said Mr Roberts didn’t live at the house, but would visit from time to time.

‘He was never very friendly but after she died he slowly became more and more reclusive and unkempt,’ Ms Scott said.

‘I would wave at him when I saw him in the street – he would just stick his head down and keep walking.’

Mrs Scott said the man never lived in the property – but would visit his mum often.

‘When he was younger he would arrive on a motorbike, with a nice looking leather jacket and jeans. 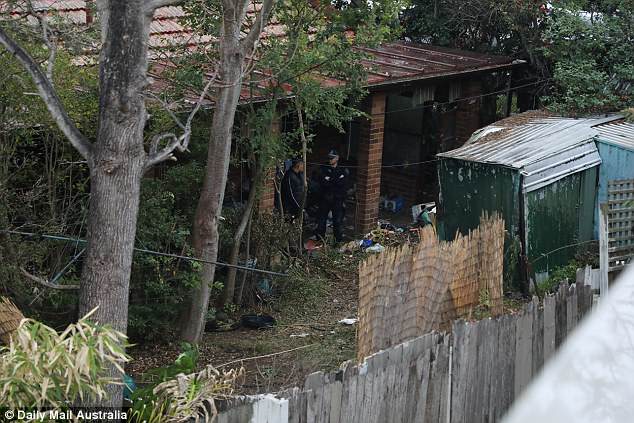 Mr Roberts’ mother died some 20 years ago, leaving him to check on the home from time to time 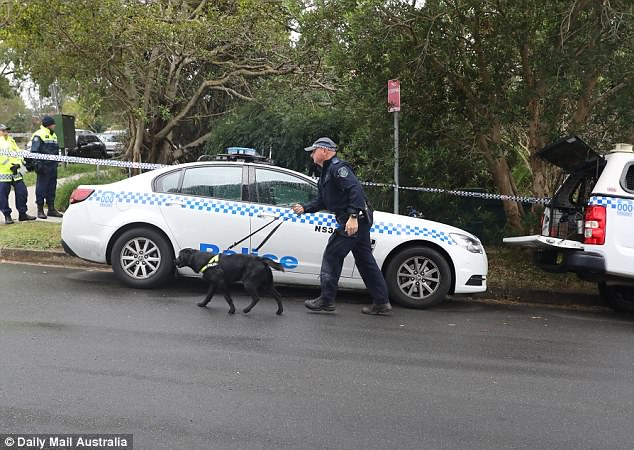 Police sniffer dogs arrive at the home in the leafy suburb of Greenwich, on Sydney’s lower north shore 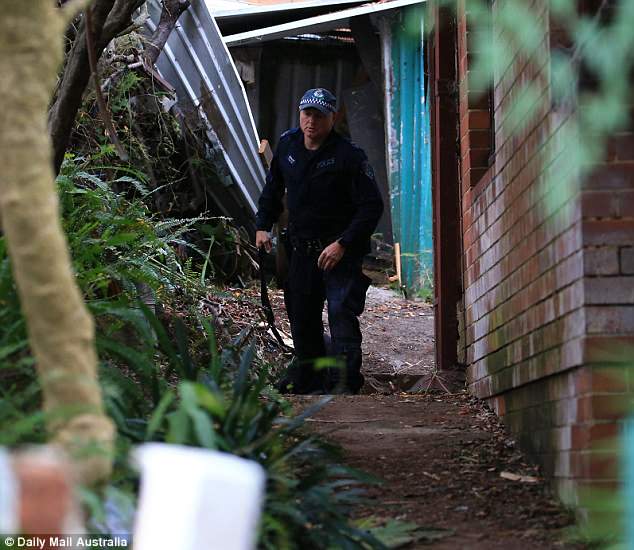 ‘He was never very friendly but after she died he slowly became more and more reclusive and unkept,’ neighbour Edna Scott said of Mr Roberts

‘He was always a very solid build – and would wave on occasion.

‘His mum was tall, well dressed, almost friendly – she wouldn’t stop and chat but would always smile and wave – and very old fashioned in her dress.

‘There was never any talk of a funeral when she died.

‘It was just the two of them I never saw anyone else come and go – and when she died he was the only visitor.

‘But he started letting himself go, he put on a lot of weight and didn’t look tidy. 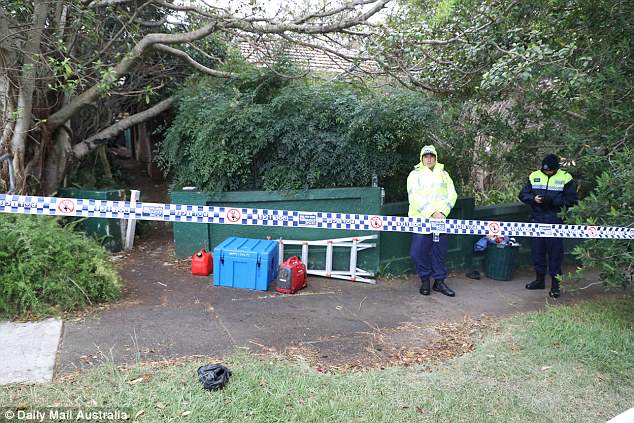 The body is believed to be that of a man aged in his 30s or 40s, police revealed on Friday 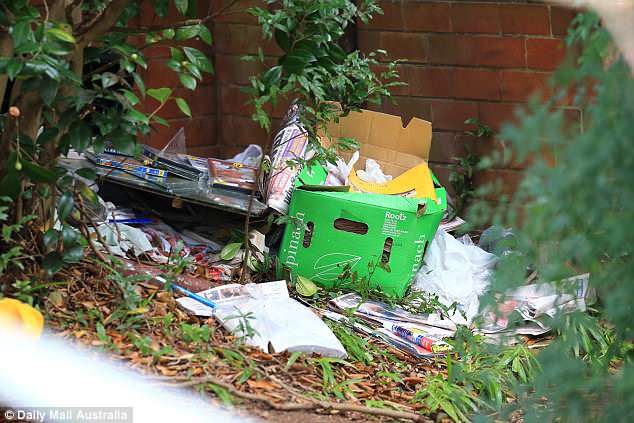 Acting Superintendent Simon Jones said the body was ‘not very pleasant for investigators’.

He said cleaners found the body in a room at the property which belonged to Mr Roberts, a known hoarder.

He said the body was found with multiple injuries, making it ‘highly suspicious’.

Mr Roberts died at the property in June last year, but police believe the body was hidden away sometime before his death.

The body has been in the run-down suburban home for ‘some time’ police said during a press conference on Friday. 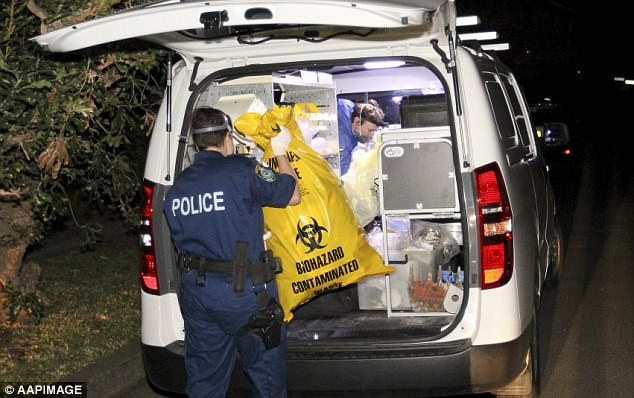 Greendale Street, in Greenwich, where the body was found after almost a year

Meanwhile Mrs Scott said she didn’t realise the home was used as a hoarder house.

‘The garden was always over grown but there wasn’t always a lot of stuff in the yard – but then I have never been inside.’

As police sniffer dogs joined the search though the backyard of the Greendale St house, Mrs Scott said the police presence was unusual for the quiet suburb.

‘There are never police in this street, last time there was it was because he had died in his sleep,’ Mrs Scott said.

‘All this business really has you wondering what the hell has happened in the house,’ she said. 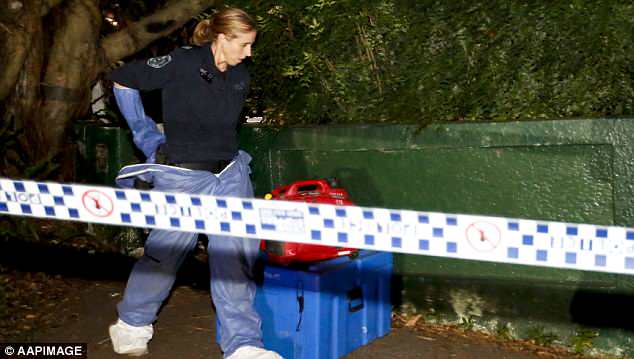 The owners of the house, which is on Greendale Street, had organised for the property to be cleaned this week. The cleaning crew discovered the mummified corpse Before the cleaners arrived to tidy up the home recently the great grandmother was preparing to call the council as the overgrowth was out of control.

‘A few years ago he put all the barbed wire up to stop the shrubs from growing – but it only slowed them down.’

Local police are being assisted by detectives from the State Crime Command’s Homicide Squad.

Police are urging anyone who may know the identity of the deceased, or who has information that may assist, to come forward.

Police are urging anyone with information in relation to this incident to call Crime Stoppers. 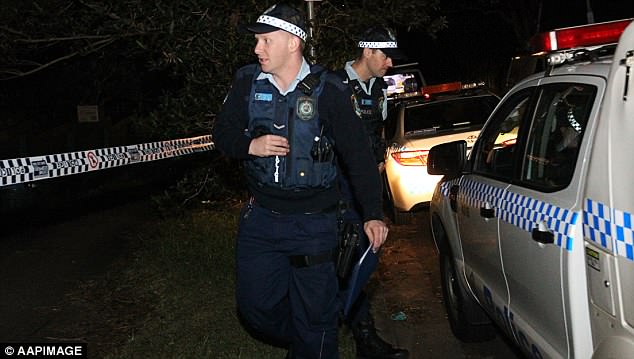