However, he failed to settle in Germany and returned to England to join Barnsley then MK Dons.

He left them in 2016 after just one appearance and has now picked up his career at North West Counties League side Runcorn Town.

‘He has lost his way somewhat but I have met with Dale and he is desperate to resurrect his career,’ manager Chris Herbert told the Runcorn website.

‘He is still only 25 years old, and this next five years are going to be his best years in football.

‘He wants to prove the doubters wrong and it was very refreshing to see and hear from someone who has been at one of the biggest clubs in the world at Bayern Munich.’ 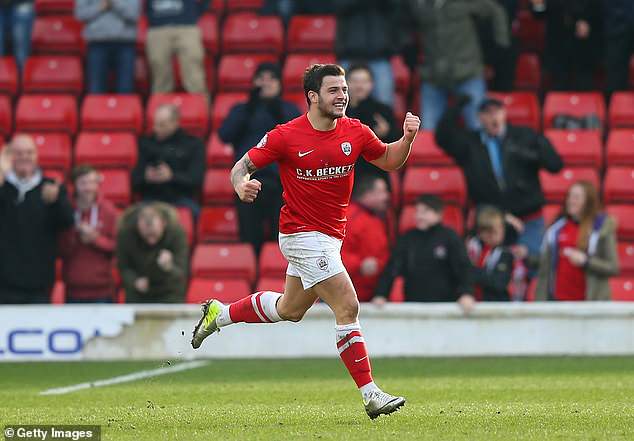 Winger Jennings once cost Bayern Munich £500,000 when they signed him from Tranmere