Ousted ABC managing director Michelle Guthrie has claimed former chairman Justin Milne inappropriately touched her during a board dinner 10 months before she was sacked.

The 53-year-old was sacked in September, half-way through her five year tenure, following a series of clashes with Mr Milne over the direction of the network and a series of controversial calls.

She is now suing the national broadcaster for unfair dismissal and hasn’t ruled out reinstatement in her former role as a possible outcome.

At the time of her shock departure, Mr Milne said directors had resolved it was ‘not in the best interests of the broadcaster’ for Ms Guthrie to remain in her position as managing director.

Ms Guthrie spoke publicly for the first time on ABC’s Four Corners on Monday night, during which she claimed Mr Milne touched rubbed her back inappropriately at a board dinner in Sydney’s Billy Kwong restaurant in Potts Point in November 2017.

She declined to give further details about the alleged behaviour.

‘Inappropriate touching is the best description of it,’ Ms Guthrie told the program.

Mr Milne denied having any physical relationship with Ms Guthrie.

‘Definitely not. I can’t possibly for the life of me understand why she would say that,’ he said.

While it didn’t affect her professional relationship with Mr Milne, Ms Guthrie said it was always in the back of her mind during social settings, prompting her to avoid similar situations.

When asked why she did not want the board not to investigate her claim, Ms Guthrie said she wanted to get on with her job and focus on the task at hand.

Mr Milne said he immediately called a board meeting after he became aware of the allegation. 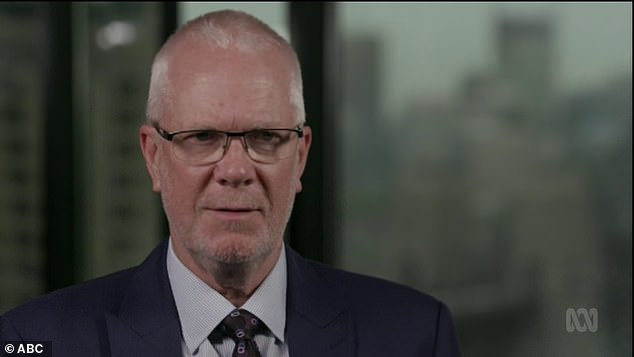 ‘I never, ever acted inappropriately with Michelle, or indeed with any other woman in the workforce, or any other woman at all,’former ABC chairman Justin Milne (pictured) said

‘The best way to deal with them would have been to have her make a complaint to formalise her issues but she declined to do that,’ Mr Milne said.

She instead met with board member Joe Gersham.

Mr Milne said the managing director’s executive coach raised the allegation with him before the board decided to undertake a ‘preliminary investigation’ and deputise another board member to speak with Ms Guthrie.

Ms Guthrie claims Mr Gersham told her that she should work it out with Mr Milne, and encouraged her to quit her role. 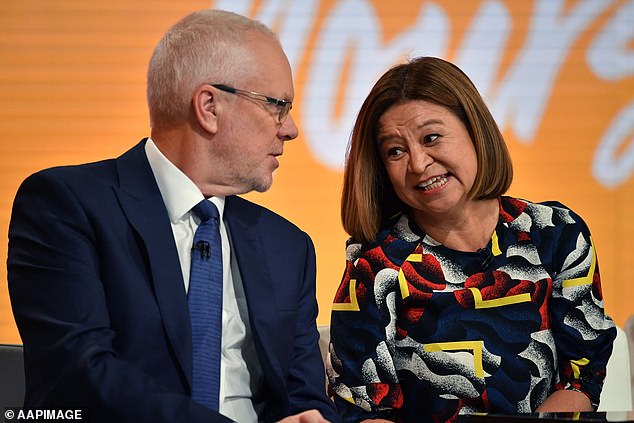 The board denies Ms Guthrie’s version of events.

The program also revealed senior executives at the ABC rated Ms Guthrie extremely low on a range of professional criteria during an evaluation exercise in April.

Despite scoring three out of 100 for integrity and being marked poorly for leadership and interpersonal intelligence, Ms Guthrie said she wasn’t distressed.

‘The key thing for me was: what’s my action plan to deal with that and how do I work with the leadership team?’

The former media lawyer and Google and Foxtel executive was shown the door, with the ABC board saying her ongoing leadership was not in the broadcaster’s best interests. 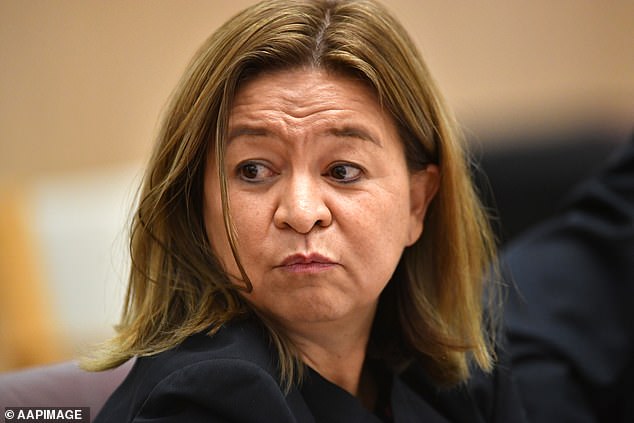 Ms Guthrie began legal proceedings over her dismissal by filing papers with the Fair Work Commission ombudsman in October – despite her contract stating she could be sacked without cause.

Mr Milne was forced to quit his chairman’s post just days after after it was revealed Ms Guthrie told the ABC board he had asked her to sack two journalists because the federal government didn’t like their reporting.

A communications department inquiry has since found there was no pressure from the coalition on the ABC to sack journalists.