Gennaro Gattuso was ‘told who to pick’ by an AC Milan hierarchy who showed a blatant disregard for Financial Fair Play restrictions, according to the club’s former sporting director.

Gattuso eventually left by mutual consent in the summer after failing to secure a Champions League spot, and now some explosive comments have been revealed by one of the top club officials at the time.

Massimiliano Mirabella was the sporting director who appointed Gattuso, convincing the club’s owners to go with his decision over the man they wanted – Thomas Tuchel.

Gennaro Gattuso (centre), pictured in April 2019 during his time as manager of AC Milan 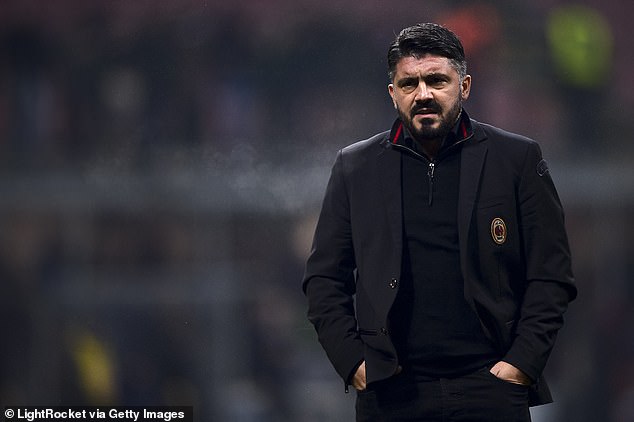 ‘I had no direct relationship with the owners,’ he admitted to TeleLombardia. ‘The first time was in Greece, when we had to decide on Gattuso. The question arose whether to change the coach or not. The club told me that I could pick Tuchel, but I said I already had Gattuso in mind.

‘I spent days and days to convince them that it was the right choice. In the end they told me I could do what I wanted, but then I would have to take on all the responsibility and if it didn’t go well, I would have to leave.’

He was eventually sacked, while Gattuso left of his own accord, despite some serious money being spent during the pair’s reign. That occurred, Mirabella admits, despite the club being fully aware of a punishment coming their way.

‘We knew that it was an open year, and that’s why we spent so much money. We knew that then this situation with the UEFA would arrive,’ he added.

‘It may be a question of management, because when we were there, we were easily in the Europa League and we played in a Coppa Italia final. We didn’t reach the Champions League because of the matches against Benevento and Verona.

‘I’m sorry that Rino didn’t become an important asset to Milan. And if a few of the leaders at Milan told him he was wrong and told him which players to pick, do I have to take the blame for that too?’ 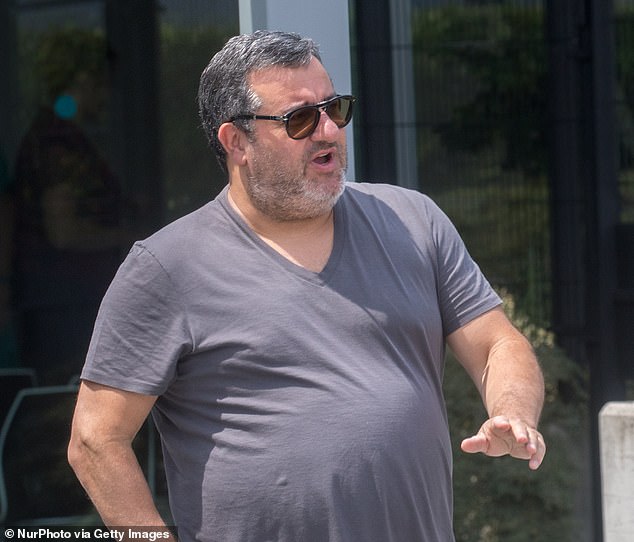 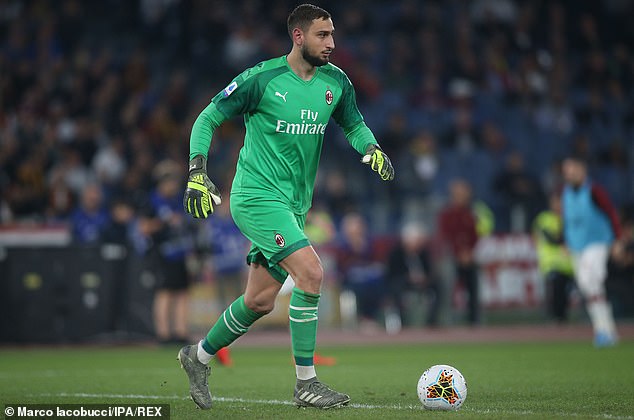 There were also some strong words for notorious super-agent Mino Raiola, who he blames for the Gianluigi Donnarumma contract chaos.

The goalkeeper asked for a lucrative new deal to stay at the San Siro – and Mirabella says one man that has profited hugely is his agent Raiola.

‘Donnarumma is one of the best goalkeepers, in my opinion,’ said Mirabelli. ‘If you want to keep him, I don’t see any difficulties in signing him for another three years. If I succeeded, why can’t the champions that are at Milan now?

‘What’s the problem? Raiola, before I arrived, took over €100m from Milan. I saw the documents.’