Former AFL coach Dani Laidley has stepped out in style a day after going to war with Victoria Police for allegedly trying to humiliate her by leaking photos of her mug shot and describing her as a ‘full-blown tranny’.

Laidley is suing Victoria Police over leaked photos of her in custody, saying officers sought to humiliate and portray her as a ‘ridiculous spectacle’. 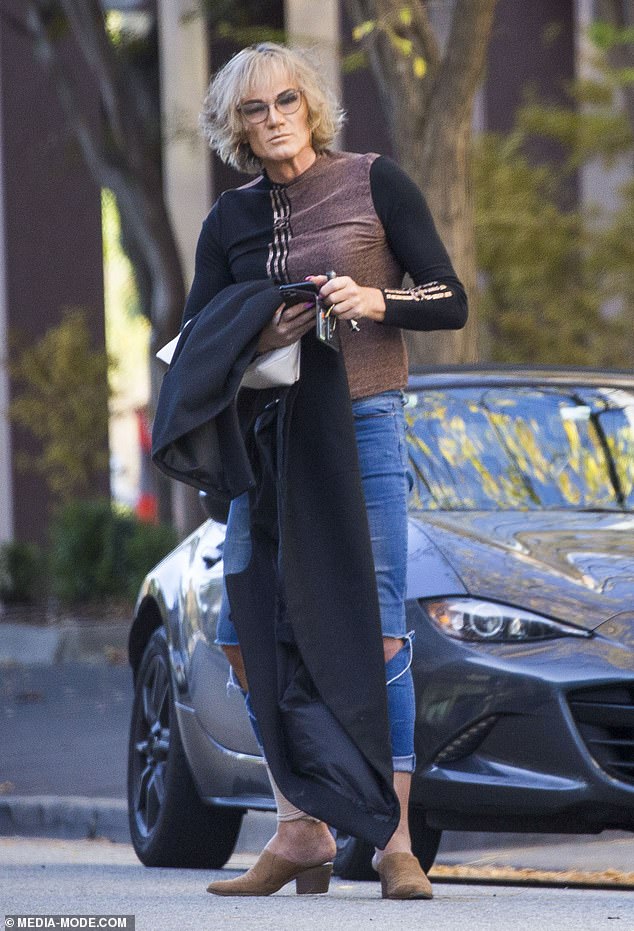 Dani Laidley steps out in style in Melbourne on Wednesday. She is suing Victoria Police for leaking nasty images of her while in custody 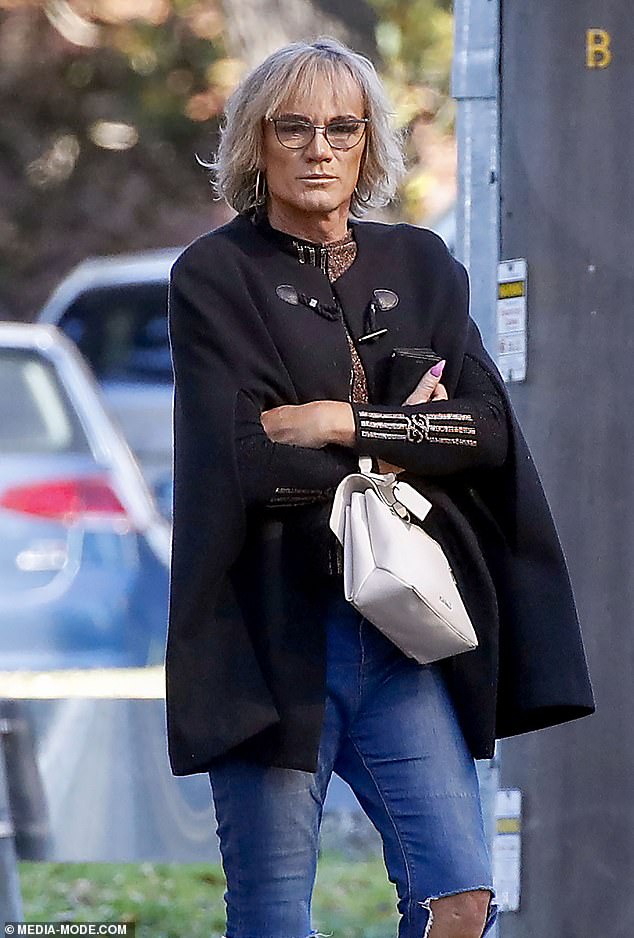 If looks could kill: Dani Laidley is out for justice after being ridiculed by Victoria Police

Laidley’s mug shot, and another photo of her in an interview room wearing a blonde wig and dress, were shared among police and on social media following her arrest for stalking last May.

On Wednesday, Laidley – who was a champion AFL player and coach – donned a sophisticated look while out near her Melbourne home.

Wearing a glamorous black cape, white handbag and trendy ripped skinny jeans with low-heeled tanned mules, she showed off the results of a fresh manicure, with long pink stiletto-shaped nails.

It was a bold statement from a woman allegedly described by police in court documents as a ‘full-blown tranny’ and ‘dressing like a tranny’.

In court this week, it was alleged another photo of Laidley – taken inside a police interview room – was shared on the WhatsApp group, with both images disseminated on social media and to news outlets.

Laidley alleges the police officers sought to expose her to ‘humiliation and ridicule’. 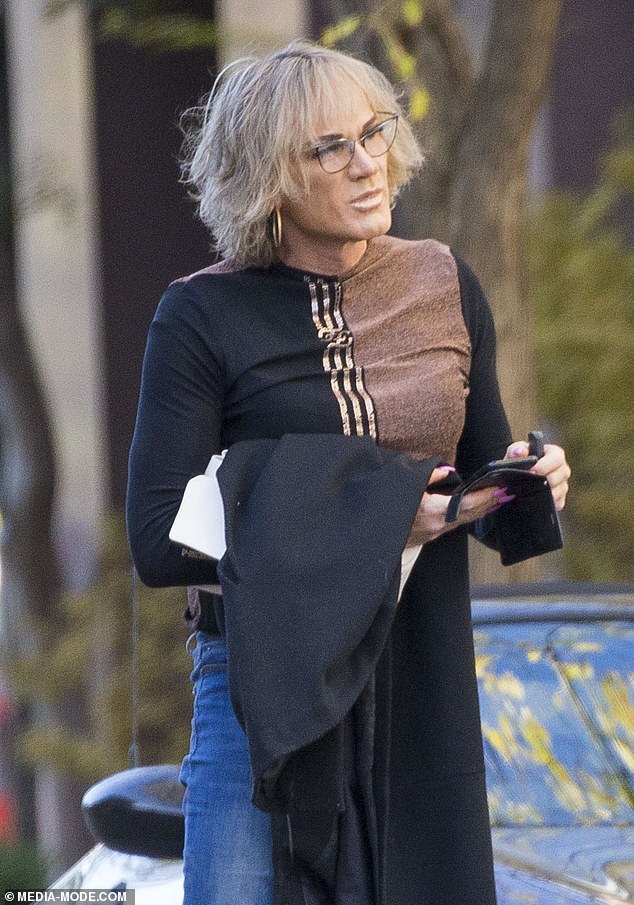 Long nails and a long memory: Dani Laidley hopes to make Victoria Police pay for leaking images of her while in custody 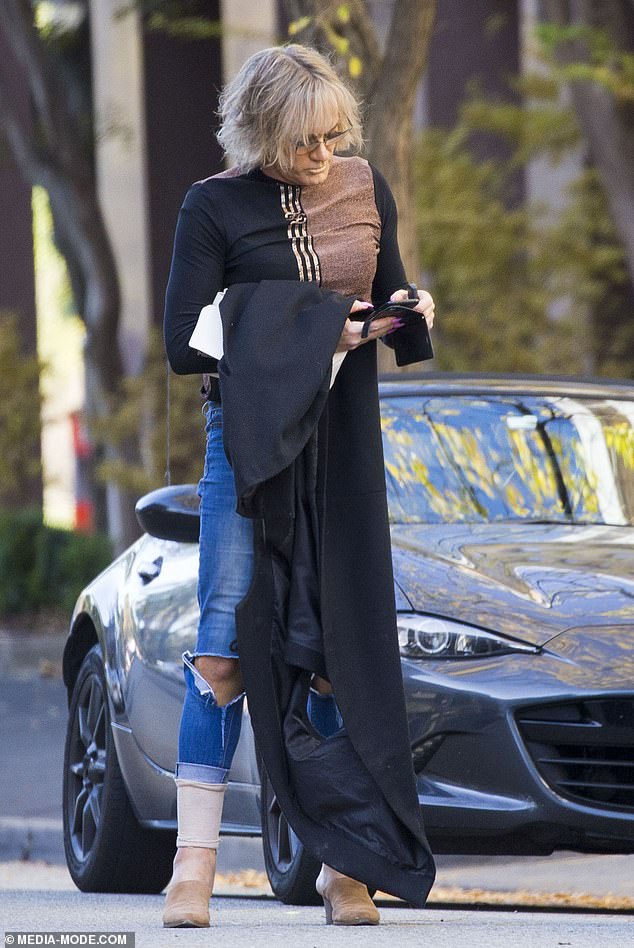 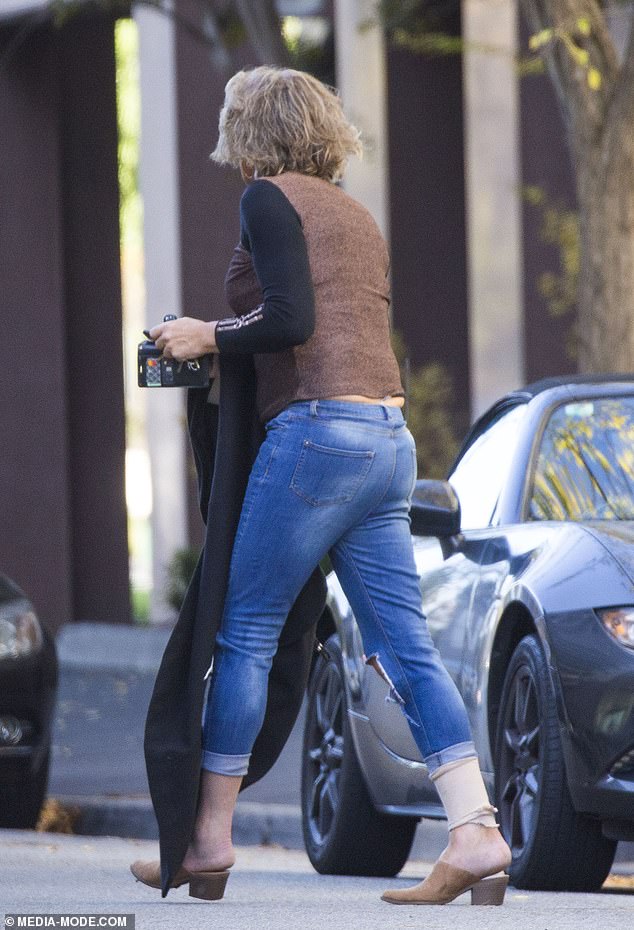 ‘The first and second photographs and the words communicated by police officers … were understood to mean that (Laidley), by reason of dressing as and/or identifying as a woman, was deserving of disparagement and ridicule and that she was a ridiculous spectacle,’ her writ said.

Laidley alleges police breached their duty of care. She is seeking ‘aggravated and exemplary’ damages for being ‘brought into public ridicule and contempt’.

She was arrested for stalking a woman, and was in November spared a conviction and placed on an adjourned undertaking instead.

Senior-Consable Gentner was charged over the photo leak, alongside officers including David Hall.

It was previously revealed 39 officers and public servants faced internal disciplinary action over the leak, while six officers were ordered to pay Laidley compensation. 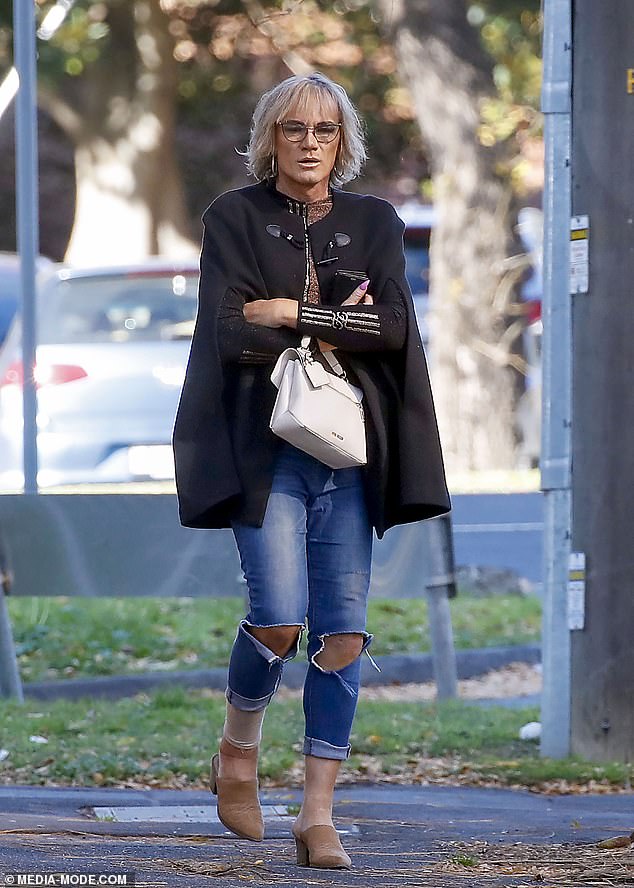 Dani Laidley channels Batman by donning a black cape. She expects to obtain justice in the civil court against Victoria Police for leaking nasty images of her in custody 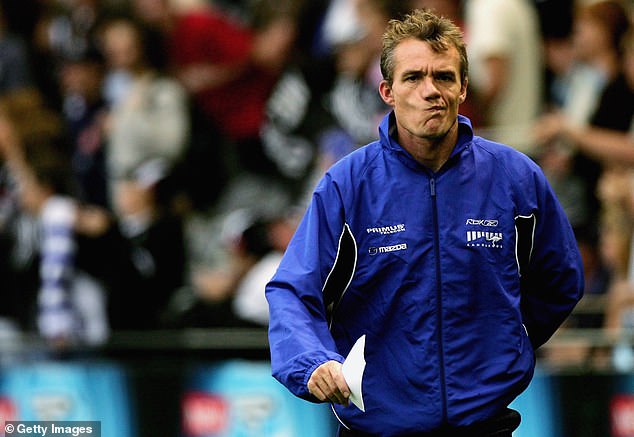 Laidley (pictured in 2006) alleges police breached their duty of care. She is seeking ‘aggravated and exemplary’ damages for being ‘brought into public ridicule and contempt’ 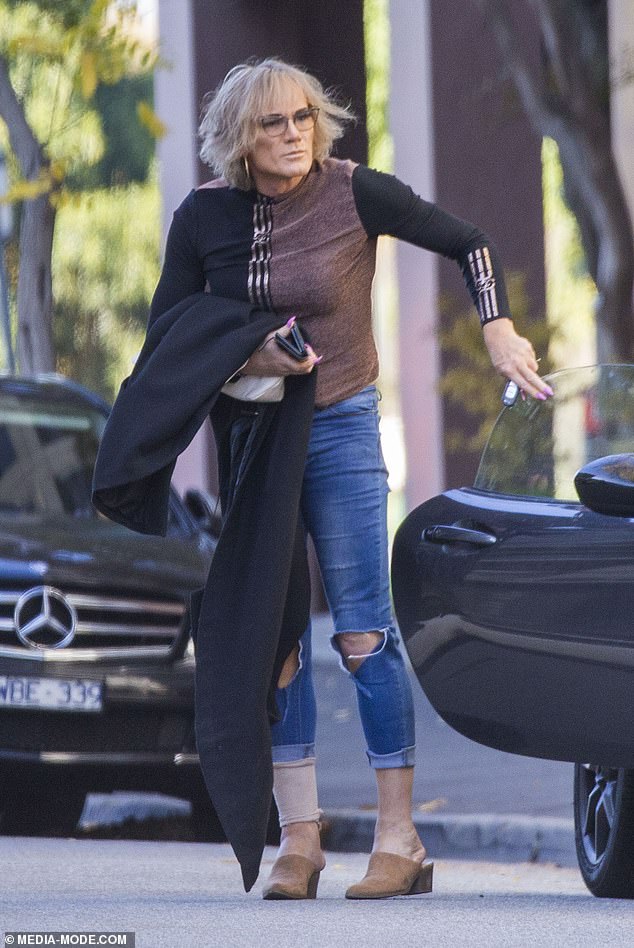 In November, Laidley’ had salt rubbed into her wounds when a magistrate ordered she write a letter of gratitude to police.

Laidley had been found with a quantity of methamphetamine allegedly stashed in her bra in a prison cell after her now infamous arrest.

The court agreed to place Laidley on a diversion program, which allows first time offenders a chance to avoid convictions, on the provision she write a letter of thanks to the police officer who arrested her.

Magistrate Jack Vandersteen told Laidley she was granted the chance at diversion due to her lack of prior offending, the significant mental treatment she had undergone since her arrest and her obvious remorse.

The magistrate also took into account the fierce public attention Laidley had endured since her very public arrest. 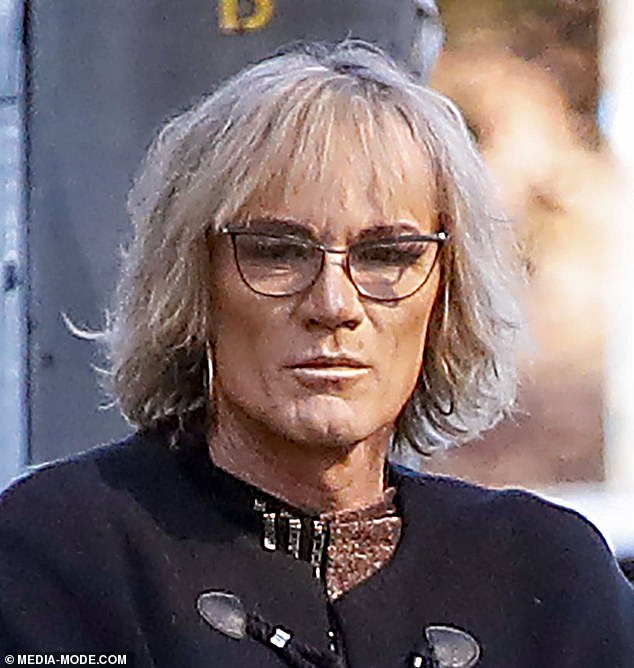 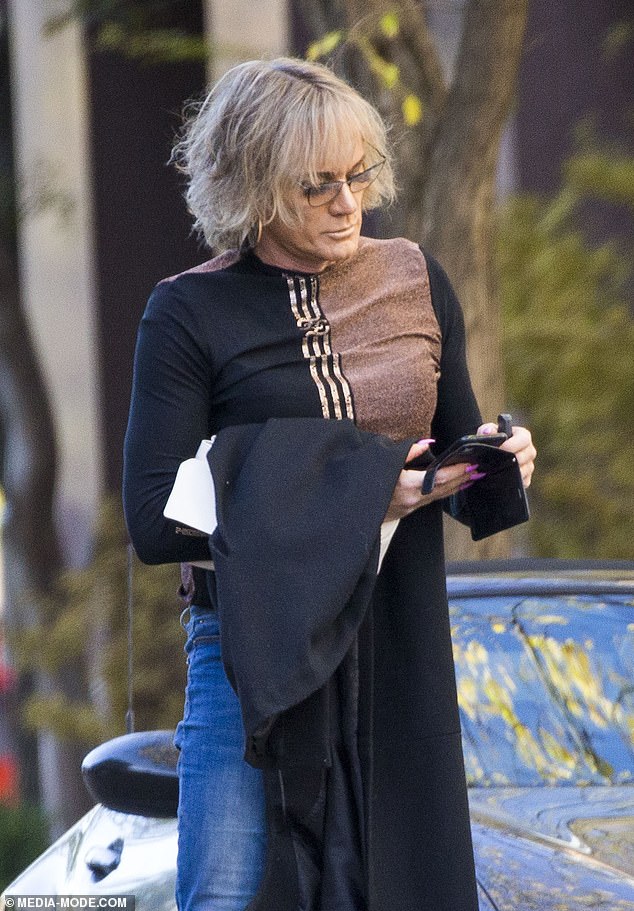 ‘I accept that there has been a very significant extra-curial (punishment) – matters that have applied to Ms Laidley as a result of the release of the photograph and the significant media interest,’ Mr Vandersteen said at the time.

Mr Vandersteen said it was important that Laidley thank the officer who charged her.

‘I think it is important that the informant is thanked because if it wasn’t for the informant’s consent input this application would not have been able to proceed,’ he said.

Laidley was sentenced to an 18-month good behaviour bond, without conviction, for stalking her estranged partner.

At the time of her arrest, then deputy commissioner Shane Patton described the leaking of Laidley’s photos as ‘appalling’ and ‘unacceptable’.

Mr Patton apologised on behalf of the force, saying, ‘clearly, we have let down that person’.

‘We’ve breached their privacy and I do apologise on behalf of Victoria police,’ he said.