Home Secretary Sajid Javid was embarrassed last night after it emerged he was caught up in the failed prosecution of a Tory aide accused of sexual assault.

Mr Javid told a court that a Tory official told him that Richard Holden, former aide to ex-Defence Secretary Michael Fallon ‘grabbed her backside bare flesh hard’ – and that ‘no one’ saw it.

But in an extraordinary twist, the alleged victim’s legal team urged the jury ‘not to rely on’ – in effect, ignore – Mr Javid’s statement because it clashed with the account she gave to the court.

On Friday, the jury at London’s Southwark Crown Court took just half an hour to acquit Mr Holden, 33, of sexual assault at a Christmas Party in 2016 at a house he rented with two friends.

Judge Deborah Taylor said he could leave ‘without a stain on his character’.

He was actually charged with sexual assault by touching her clothes, not her skin, as Mr Javid said the woman had told him.

And the alleged victim also appeared to gainsay Mr Javid’s evidence that she had told him no one had heard the incident: she told the court someone ‘screamed ‘get off or f*** off!’ ‘ and pulled Mr Holden off her physically.

Astonishingly, Mr Holden’s legal team accepted Mr Javid’s lurid evidence as they believed it backed up Mr Holden’s claim that the alleged victim had changed her story and lacked credibility.

In an extraordinary exchange, the judge said the prosecution could not ‘impugn their own witness [Mr Javid] if you have not called him’.

The prosecution lawyer said: ‘We aren’t saying he’s lying, but he is not necessarily reliable [on that point].’ She said her ‘first duty was to the Crown [the complainant]’ – not to the Home Secretary.

Theresa May was also dragged into the case when one of her aides was interviewed by police in her Commons study and gave evidence which Mr Holden says helped to prove his innocence.

David Beckingham said he could see Mr Holden’s arms during the time of the alleged attack – Mr Holden said this meant it was ‘physically impossible’ for him to have groped the woman in the way she claimed.

It is the latest in a series of sex assault cases to collapse and is likely to reopen the row over the police’s alleged failure to release vital evidence to defendants.

Mr Holden told The Mail on Sunday that the past 18 months had been a ‘living nightmare’ and the police investigation was a ‘disgrace’.

It had ruined his Tory career and nearly destroyed his relationship with his girlfriend. It has also cost him £150,000 in legal fees and lost earnings.

The disclosure of Mr Javid’s intervention in the case comes only weeks after he became Home Secretary.

The woman complained to Mr Javid two months after the alleged attack and he told her to go to the police.

In his statement read out in court, Mr Javid said: ‘Michael Fallon’s special adviser, Richard Holden, came over and said he wanted to say goodbye.

‘As he was hugging her, he suddenly put his hands down her clothes – I’m not sure if top or skirt – put his hands on her backside and grabbed her bare flesh hard. 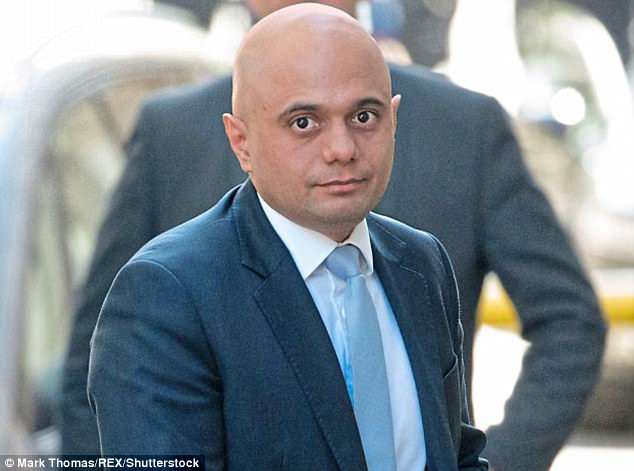 Home Secretary Sajid Javid (pictured) told a court that a Tory official told him that Richard Holden, former aide to ex-Defence Secretary Michael Fallon ‘grabbed her backside bare flesh hard’ – and that ‘no one’ saw it

She said no one else would have seen what happened because she was near the wall and he did it so quick.’

Mr Holden’s legal team said they accepted Mr Javid’s statement as a factual account of what the woman had told him – but claimed that she had contradicted it in court, undermining her credibility.

Mr Holden directed his anger at police, claiming they withheld evidence from two witnesses who backed his claim that he was not drunk. He also said:

lHe was forced to obtain a court order to get his own phone records – which showed the two witnesses were telling the truth – and police then ‘magically’ found transcripts of interviews with them.

‘She said that when leaving with a friend, she was putting on her coat, Michael Fallon’s special adviser, Richard Holden, came over and said he wanted to say goodbye.

‘She said he tried to give her a hug goodbye, which she thought was quite unusual.

‘As he was hugging her, he suddenly put his hands down her clothes – I’m not sure if top or skirt – put his hands on her backside and grabbed her bare flesh hard.

‘She said no one else would have seen what happened because she was near the wall and he did it so quick.’

lPolice did not take into account evidence from 20 party guests who said they had not seen or heard anything, despite the woman’s claim that Mr Holden was physically pulled off her as someone screamed ‘get off or f*** off!’

lMr Holden tracked down all 20 – who then backed his version of events.

lPolice flew a witness from San Francisco to give evidence of Mr Holden being ‘drunk’, but in the witness box she said he was only ‘tipsy’.

lOfficers said it was ‘not worth’ tracking down the alleged victim’s old mobile phone which she had used to exchange WhatsApp messages with Mr Holden, who produced the ‘mildly flirtatious’ messages in court.

lTwenty-seven minutes after the alleged 11pm assault, the woman messaged three people – including Mr Beckingham – with a ‘crying with laughter’ emoji saying she had ‘had so much fun’.

Lancashire-born Mr Holden was forced to quit his senior Government role over the allegations.

He was charged last November – at the height of the so-called ‘Pestminster’ scandal when several MPs were accused of harassing staff – and a week after his boss, Mr Fallon, was forced to resign for touching a female journalist’s knee.

‘It was heartbreaking,’ Mr Holden said. ‘I had joined the Tory Party as a teenager, worked at Party HQ for seven years.

It was my whole life and it had gone. It was as though they were not going to prosecute, and then someone thought, ‘We’d better prosecute that bloke we investigated ages ago who worked for Fallon.’ ‘ 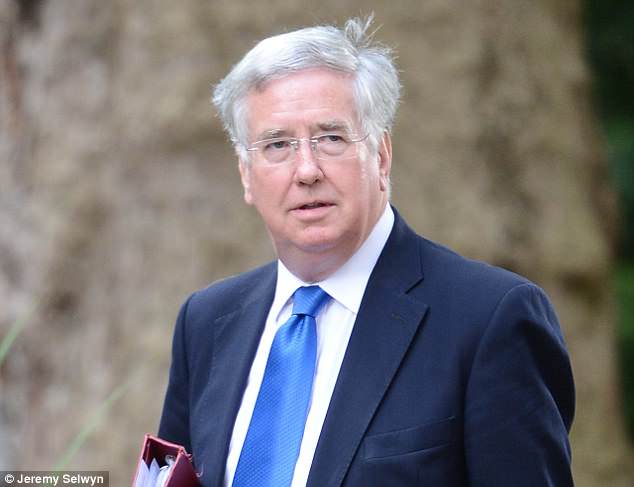 But in an extraordinary twist, the alleged victim’s legal team urged the jury ‘not to rely on’ Mr Javid’s evidence against the former Fallon (pictured) aide

He added: ‘We found out belatedly that police contacted everyone at the party who all said they saw and heard nothing. But the police chose to ignore it.

‘I had to track them all down and they confirmed none had seen any sexual assault, let alone hear someone scream, ‘Get off or f*** off!’ ‘

Mr Holden claims police also failed to disclose evidence from two witnesses who told them he had received an important phone call relating to his MoD job minutes before the alleged attack at 11pm.

‘The police denied having interviewed the two. When we proved they had, they magically produced the transcripts.’

The authorities also arranged for a witness who had described Mr Holden as being ‘drunk’ to be flown from San Francisco, where she now lives, to London to give evidence.

She told the court Mr Holden was ‘tipsy’, rather than drunk.

Mr Holden said his girlfriend Charlotte had forgiven him for ‘mildly flirtatious’ messages with his alleged victim before the party.

He says the authorities must review such cases. ‘Of course, victims of sexual assaults must be protected.

But this investigation was appalling. At my first court appearance, the case in front of mine was two men accused of trying to assassinate Theresa May. That sums it up.’

Mr Javid did not respond to a request for comment.