Former Australian cricket captain Steve Waugh has hit out at the national team over the ball tampering saga that resulted in the suspensions of Steven Smith, David Warner and Cameron Bancroft.

Waugh called the decision to use sandpaper to affect the swing of the ball during the 2018 South Africa test ‘stupid’ and ‘ridiculous.’

‘They are in a bit of a bubble… They’ve got a lot of people that tell them how good they are and how everything’s fantastic and sometimes you can lose touch with reality… They just didn’t realise how big a mistake it was and what they’d actually done,’ Waugh told ESPN.

The findings of two reviews of Cricket Australia conducted following the scandal will be released in Melbourne on Monday.

Cricket Australia director Mark Taylor described the reports as ‘hard hitting’ and ‘confronting’, with one of the major conclusions reportedly pointing to the organisational culture in the sport contributing heavily to the tampering incident.

The report is also understood to recommend the establishment of an ethics commission within the sport.

Waugh also said he believed the lack of strict punishments by authorities for previous ball tampering incidents were to blame for creating an environment where tampering could occur.

‘There have been captains in the past who have been done for tampering with the ball and the penalties have been very lenient, so there was no penalty for doing something wrong and it was always going to get to the case where it got out of control,’ he said.

The three players were handed sanctions by Cricket Australia, with Smith being relieved of his captaincy and receiving the maximum penalty under the code of conduct – a 100 per cent fine of his match fee and a one-match suspension.

Bancroft received three demerit points and a 75 per cent fine and Warner received no sanctions, but was removed as vice-captain.

The code of conduct has since been amended to push ball tampering from a level two to a level three offence, which carries bans of six tests or a dozen one-day international matches. 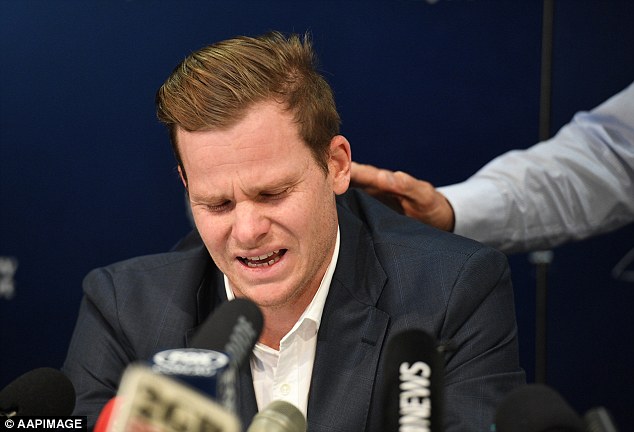 The three players were handed sanctions by Cricket Australia, with Smith (pictured) being relieved of his captaincy and receiving the maximum penalty under the code of conduct

Smith and Warner’s bans will wrap up at the end of next March, allowing them to play in the upcoming World Cup and Ashes Tour.

Waugh said the pair, and Smith in particular, can redeem themselves – but they will need to overcome mental barriers in order to do so.

‘His biggest challenge will be to overcome people talking about it, because the rest of his life someone will probably mention it once a day… He’s an outstanding cricketer and averages 60 in Test cricket, second only to Bradman over a long period of time, and he loves cricket so I’m sure he’ll come back.’ 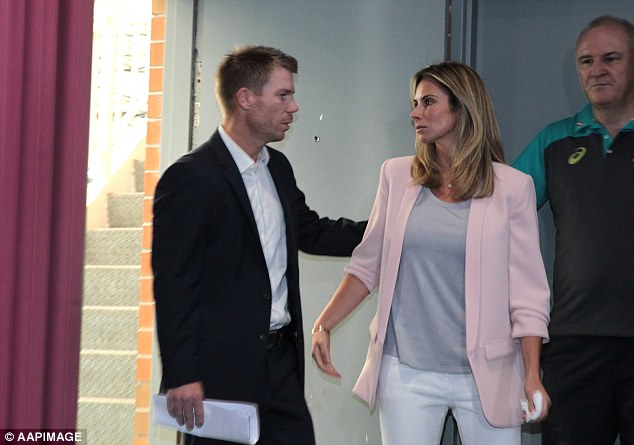