Former Bandidos bikie enforcer Toby Mitchell has shared photos of himself with footy greats on Brownlow Medal night to his legions of social media followers, although he was not actually at the real event.

The 43-year-old posted a series of snaps to his Instagram story on AFL’s night of nights, many of which were taken before Mitchell had to be home to abide by a court-imposed curfew. 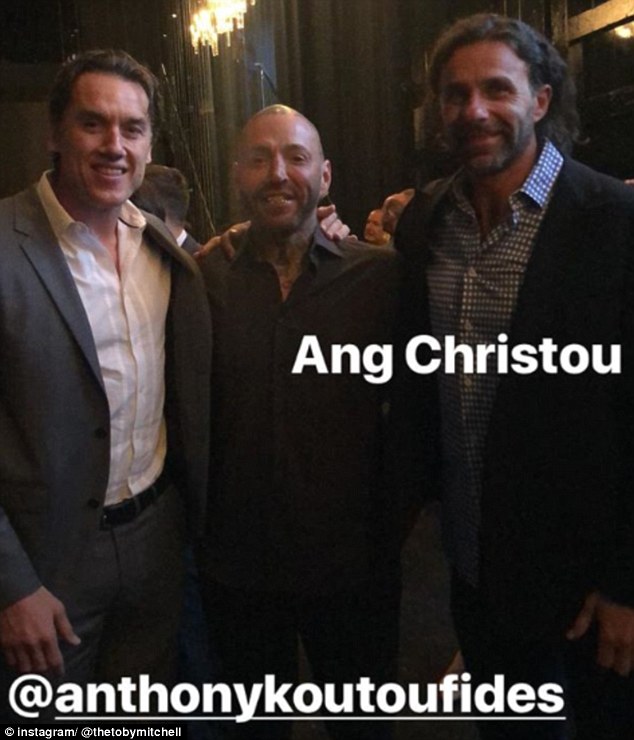 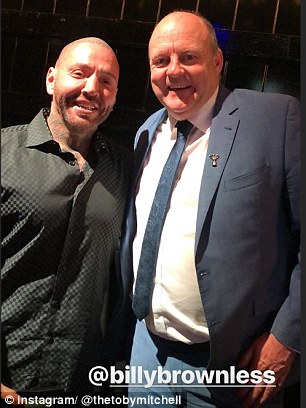 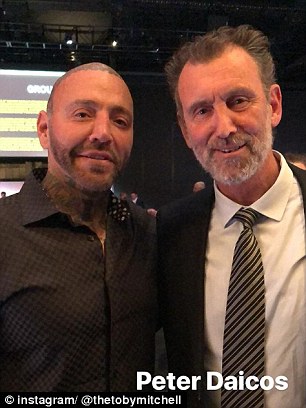 The announcement of the Brownlow Medal – awarded to the AFL’s ‘best and fairest’ player – was held at Melbourne’s Crown Casino but Mitchell is reportedly banned from the venue.

He instead attended a Brownlow function at nearby Docklands.

He was also seen with gangland figure Mick Gatto and former boxer Grant Brown, in photos which were shared with Mitchell’s more than 32,000 Instagram followers. 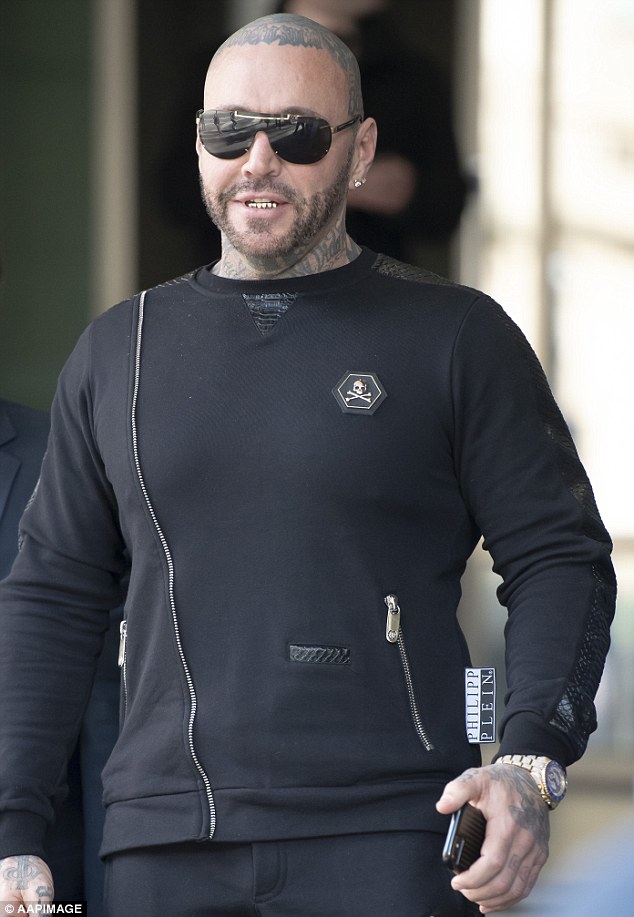 Toby Mitchell (pictured) posted the series of photos to his more than 32,000 Instagram followers

But the celebrations for Mitchell did not last long – he had to be home by his curfew.

‘Curfew time fml,’ he posted on one photo, which was followed up with a video of the Brownlow Medal event on television accompanied by the caption ‘And curfew is supposed to be a bad thing’.

Mitchell has to stay home between 10pm and 6am, a curfew which was imposed after he breached a court order when he kicked a man in the head in December last year, just two weeks after he was released from prison.

The former bikie also posted a raunchy video with a brunette to the social media account. 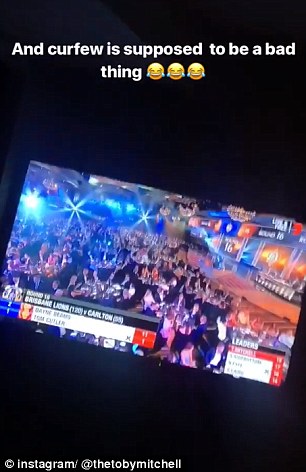 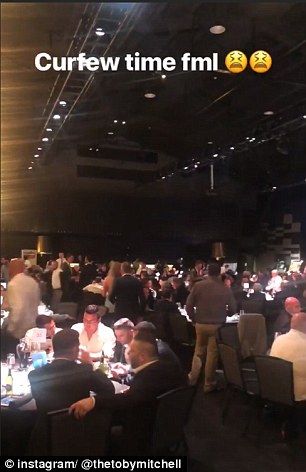