‘It’s in our bed!’ Former Big Brother star Skye Wheatley finds a SNAKE in her bedroom before losing sight of the ‘angry’ reptile

Former Big Brother star Skye Wheatley was confronted with a snake slithering around her bedroom on Saturday afternoon.

The 26-year-old shared the dramatic scenes on Instagram, as she lost sight of the serpent in her boudoir.

‘Guys we have another friend. Another snake,’ looking at the reptile curled up into the doorway. ‘Wow, In our bedroom.’

‘It’s in our bed’: Former Big Brother star Skye Wheatley, 26, (pictured) has found a SNAKE in her bedroom, with her sharing a dramatic clip to Instagram on Saturday 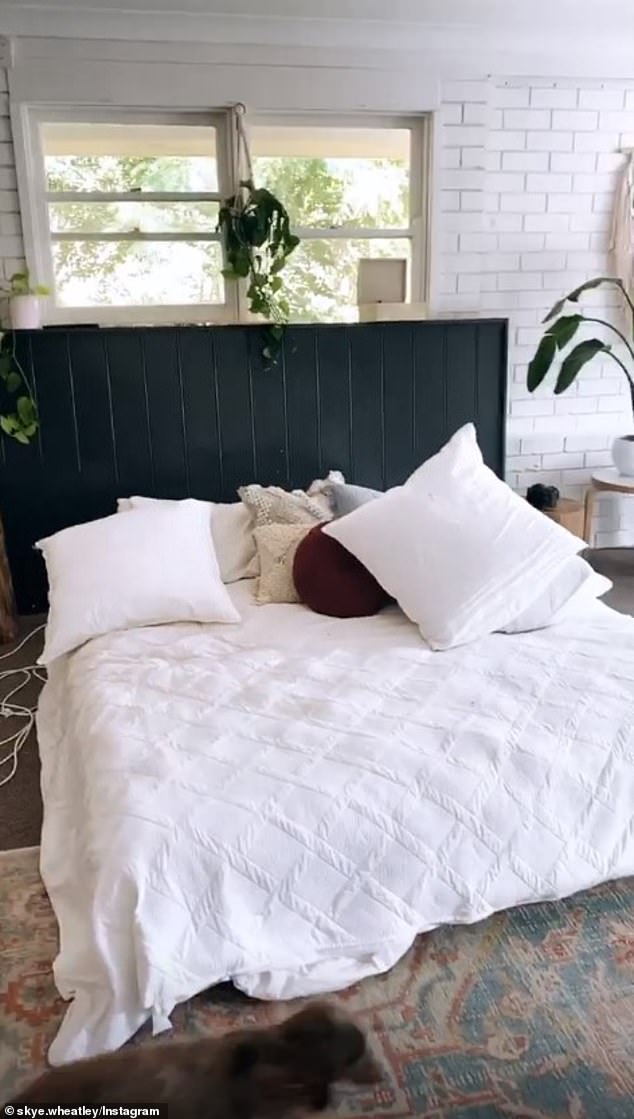 Pictured: The couple’s bedroom where the snake hid behind the wooden bedhead

Skye then filmed the snake wiggling around the ceiling, and when it poked his head out of the doorway she gasped.

‘Don’t worry about our house being haunted, it’s a snakes theme park,’ she narrated as the snake made its way inside. 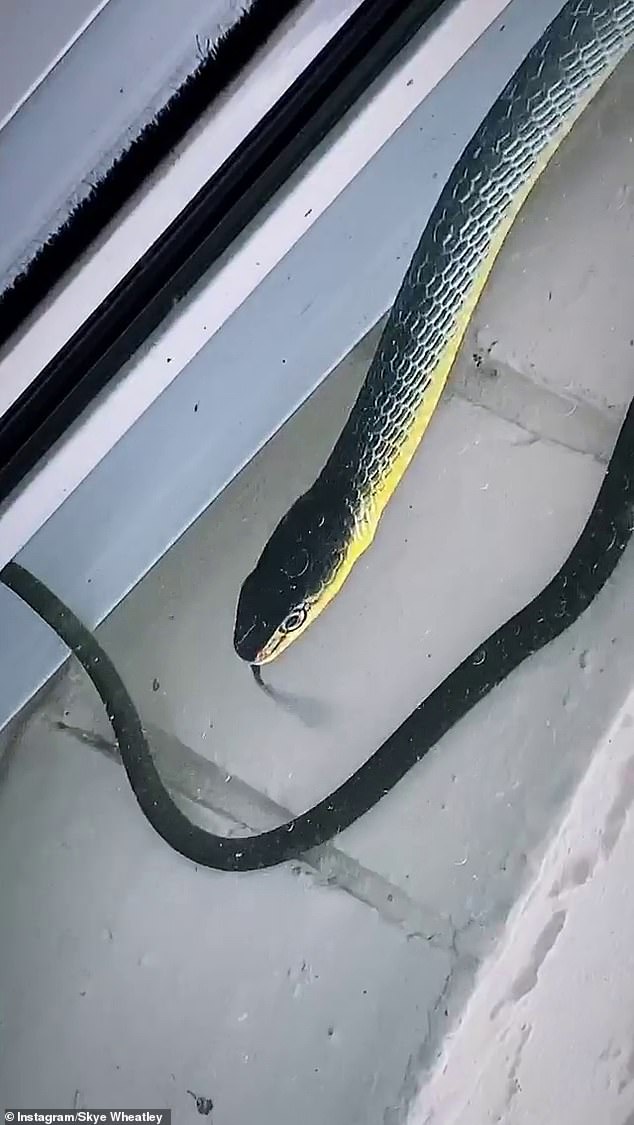 ‘Don’t worry about our house being haunted, it’s a snakes theme park,’ Skye captioned the clip of the snake in her room. The snake then made its way inside

Watching it slither around their room, Lachlan then got it to latch onto a rake as he moved it into the couple’s garden.

‘Oh wow, he looked angry,’ Skye finished. She praised her hunky partner as a ‘snake slayer’, saying there isn’t much he can’t do.

Snakes alive! Skye showed footage of the snake in the room, with Lachlan eventually using a rake to get the yellow-bellied snake out of the bedroom

Skye and boyfriend Lachlan have been renovating their Gold Coast home for the past couple of months, and documenting it on YouTube.

The couple bought the derelict estate – which they dubbed the ‘Waugh Mansion’ – for $975,000 back in August.

They have made plenty of progress restoring the impressive Spanish Colonial-style home. They showed landscaping work being done. 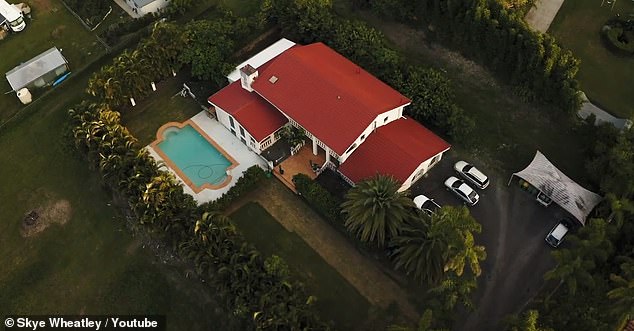 Transformation: The couple bought the derelict estate for $975,000 back in August, and have made plenty of progress restoring the impressive Spanish Colonial-style home

The footage showed cased the landscapers work, tidying the once abandoned garden back to its full glory.

‘They’re doing a massive clean-up. Cleaning up all these palm [trees]. I tried to attempt it myself in another episode and it literally would have taken me so long.

Since moving in, Skye has decorated the house with block-out curtains, indoor plants and a large bohemian-style rug.

The couple welcomed their first child Forest in December, 2018. 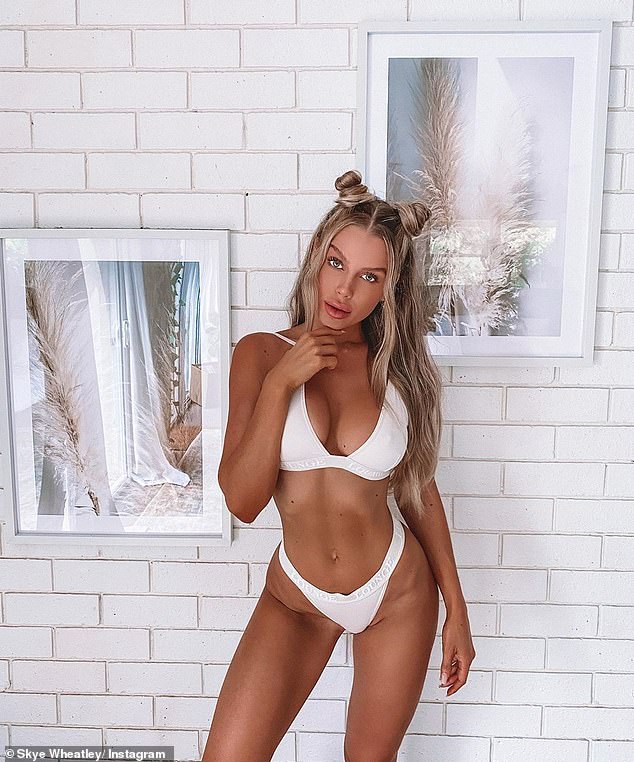