A former bodyguard who protected John F Kennedy and the Queen’s cousin Earl Mountbatten has recalled his shock and sadness when they were assassinated.

Mick McElkenny from Washingbay, Co Tyrone, trained as a sniper in the Irish army and served as a police officer before he was assigned to protect high-profile visitors.

The 86-year-old, whose career is the subject of a documentary, said he is in the ‘unusual’ position of having provided security to two prominent figures who went on to be murdered, highlighting just how dangerous the job is. 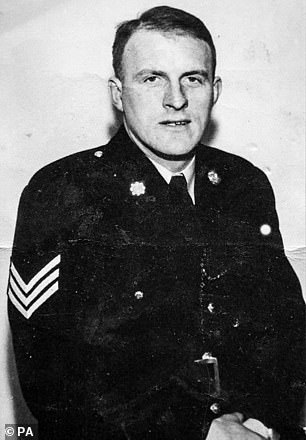 Mick McElkenny, 86, a former bodyguard from Co Tyrone, Ireland who protected John F Kennedy and Earl Mountbatten of Burma has recalled his shock and sadness when they were assassinated

In the programme, the former bodyguard also revealed a strange quirk of fate linking himself the President Kennedy’s driver on the day of the assassination.

Mr McElkenny was driving through Stewartstown – the same town Kennedy’s driver on that day in Dallas was originally from – when he heard the news.

‘Isn’t that a coincidence?’ Mr McElkenny said about the seismic event 55 years ago.

‘I was driving through Stewartstown, which is four miles from here, and I had the radio on and there was a newsflash that John F was shot.’

Despite hearing of the shooting, it was only later that Mr McElkenny found out Kennedy had died.

‘Well I thought then that it wasn’t too serious, till later on the news came that he was dead…

‘Very painful, very painful, to know that I was in his company a few months ago before that.

‘The whole world was shocked, especially in Ireland anyway. Everybody that came out to see him felt the same way I suppose.’ 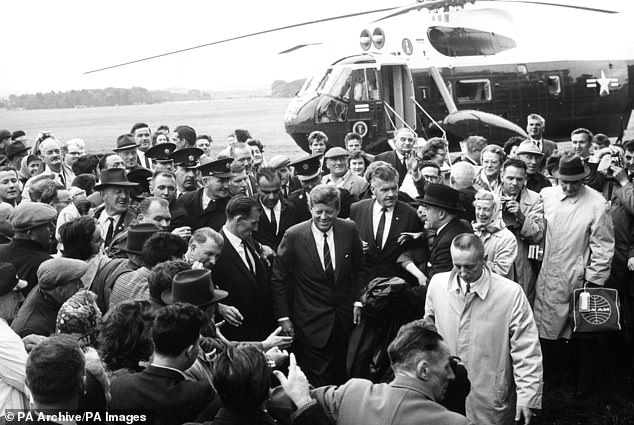 The 86-year-old, who features in a new documentary about the extraordinary lengths bodyguards go to to protect their charges, described the emotions of knowing two of the people he was assigned to were later assassinated (American President John F Kennedy is given a warm welcome on his return to Dublin to receive the Freedom of the City, 1963)

He added: ‘When you’re doing bodyguard you don’t want anything to happen. You have to give your life should it be for his safety. And it was unfortunate that it did happen. And I’m thinking of his bodyguards then. Very, very sad.’

But the former soldier was able to speak fondly of his times with Kennedy.

‘We had a wonderful time guarding the president,’ he said.

‘He was a very humorous person and everybody adored him, and they all listened to his speeches. He was lovely to listen to.

Mr McElkenny also guarded Lord Mountbatten before his assassination by the IRA in 1979 and Pope John Paul II. 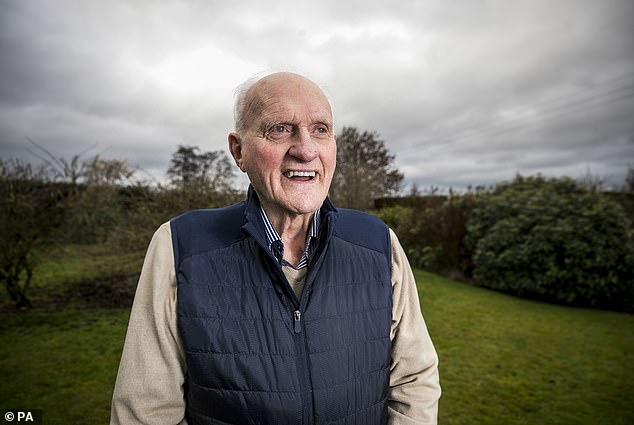 In the programme, the former bodyguard also revealed a strange quirk of fate linking himself the President Kennedy’s driver on the day of the assassination. Mr McElkenny also guarded Lord Mountbatten before his assassination by the IRA in 1979 and Pope John Paul II

‘I did a lot of security work,’ he said, recalling his assignment protecting the Pope during the pontiff’s trip to Ireland in 1979, and his role as part of Lord Mountbatten’s security in the picturesque Irish harbour village of Mullaghmore in Co Sligo.

The Pope survived an assassination attempt in 1981.

Lord Mountbatten, who enjoyed summer holidays for decades at nearby Classiebawn Castle, was killed in an IRA bomb on board the pleasure boat Shadow V after he set out from the harbour along the Atlantic coast to pick lobster pots and fish in 1979.

The beloved great uncle of the Prince of Wales was ‘very friendly’ and well-liked by locals, Mr McElkenny said, as he described guarding the entrances to the castle.

Mr McElkenny said Lord Mountbatten, who Charles described as ‘the grandfather I never had’ was very fond of Mullaghmore, adding: ‘All the people were very fond of him. Because he was a great asset to the community.’

Of Lord Mountbatten’s murder, Mr McElkenny said: ‘It gives you a shock when you hear that news, that he’s dead.’

Mr McElkenny said his army marksman training gave him the skills for his bodyguard roles.

‘They pick the best to guard him, to do his security,’ he said, adding: ‘They must have thought I was a sharp shooter when I was asked to do this protection.’

He added: ‘It’s dangerous, because you could be shot yourself.’

Asked what he would like to be remembered for, Mr McElkenny said: ‘That I did a good and faithful job, and I did my best, I didn’t shy away from anything.

‘I did it to the best of my ability.’

Filmmaker Ryan Coney, 27, from Coalisland, made a documentary about Mr McElkenny called The President’s Bodyguard which was screened at the 2018 Belfast Film Festival and later for locals at the Craic Theatre in Coalisland.

Mr Coney said: ‘I have nothing but complete respect and awe for Mick, he is the finest example of what is meant by real masculinity.

‘I spoke to lots of people while filming this documentary, from all walks of Mick’s life, they spoke in glowing terms about Mick.

‘Two things that people noted to me recurred time and again, were Mick’s humour and his ability to stay cool no matter what the situation.’

Mr McElkenny lives with his wife Kathleen in the area of the Glenshane Pass and has three daughters and five grandchildren.