Former boxing promoter Kellie Maloney reveals she has fallen for an ex-soldier who guarded the queen- after sharing a snap on social media.

Kellie, 62, met infantryman Jason Shaw last year and they started spending time together at her home in the Algarve in Portugal, looking after her dogs, as reported by The Mirror.

Friends have said Kellie, who once promoted heavyweight champion Lennox Lewis, is head over heels for security man Mr Shaw.

Kellie Maloney, 62, shared a snap with Jason Shaw enjoying a nice dinner out together in Portugal

A smitten Kellie said on Instagram: ‘My new man in my life, sun, wine and fun in the Algarve.’- then added two heart emojis.

In another snap, she posts a close up of her with Mr Shaw holding what appears to be a diamond ring, fueling rumours of an engagement, she says: ‘Pink champagne is flowing and the diamond ring looks lovely am I ready to commit?’

In a later snap she is sharing dinner with Mr Shaw and a friend saying: ‘A lovely evening with two very special people in my life.’

Mr Shaw served for a number of years in The Rifles and was in the Queen’s Guard at Buckingham Palace.

A source said: ‘They bonded over a shared love of dogs and stayed in touch.

‘A few months back, Kellie called him to ask for some help tending to her four dogs after she hurt her leg. 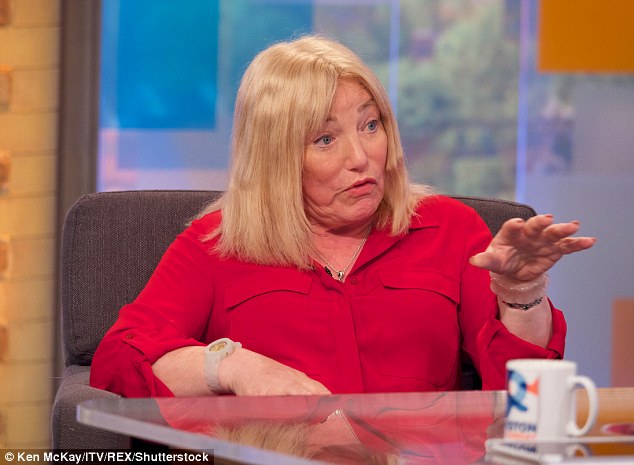 ‘He flew to the Algarve and they hit it off even more this time around and after spending a few months in each other’s company, a few weeks ago they started dating.’

Kellie Maloney revealed she was living as a woman in 2014 and briefly took over The Little Unicorn pub, in Marden, Kent in 2017, but left to pursue other opportunities.

Earlier this year Kellie appeared on an episode of First Dates which never aired.

After the date producers told Kellie they could not air the show after the person found out she is transgender.