Former CIA officer convicted of spying for the Chinese

Shocking new details have emerged about the washed-out former CIA operative who was convicted earlier this year of conspiring to commit espionage for China, including how his handlers first contacted him on LinkedIn, and how he blew the cover of a couple who had been spying on China for the US.

Kevin Mallory, 61, of Virginia, was busted traveling from Shanghai to Chicago with undeclared $16,500 in cash in his carry-on luggage in April 2017, which led to his arrest a month later on federal counts of conspiracy under the Espionage Act and lying to the FBI.

In June of this year, a jury found Mallory guilty. Despite his conviction, Mallory has consistently denied selling any classified documents to the Chinese. 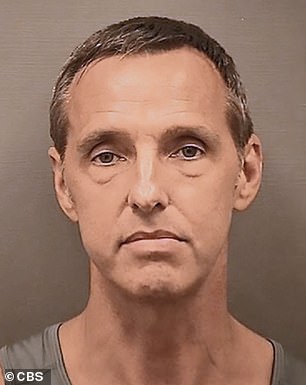 Former CIA operative Kevin Mallory (pictured left in a LinkedIn profile photo), 61, was convicted in June 2018 of conspiracy under the Espionage Act and lying to the FBI for sending classified documents to a Chinese spy

The latest installment of 60 Minutes, which aired on CBS Sunday night, took an in-depth look at Mallory’s betrayal and eventual downfall.

Mallory was an Army veteran and worked as a special agent for the Diplomatic Security Service at the US State Department from 1987 to 1990.

Since 1990 he has worked for a variety of government agencies, including as a case officer with the CIA with a Top Secret security clearance. 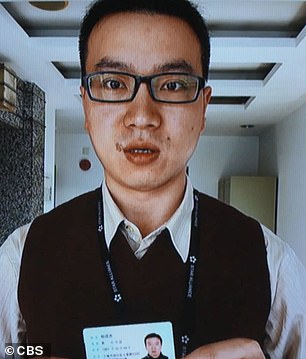 By the time a man the Department of Justice believed was a Chinese spy reached out to Mallory via the professional networking site LinkedIn, the former clandestine agent had been out of work for months, falling behind on his mortgage payments and thousands of dollars in debt.

Mallory, who speaks Mandarin, eventually ended up communicating with a suspected Chinese intelligence officer who called himself Michael Yang, according to Ryan Gaynor, the FBI supervisory special agent who investigated Mallory.

Yang initially passed himself off as a staffer at a Chinese think tank, but Gaynor said Mallory believed him to be a spy.

In the Spring of 2017, Yang paid Mallory $25,000 to travel to Shanghai twice. Around the same time, the former CIA agent contacted some of his colleagues asking to put him in touch with people in possession of up-to-date intelligence on China. 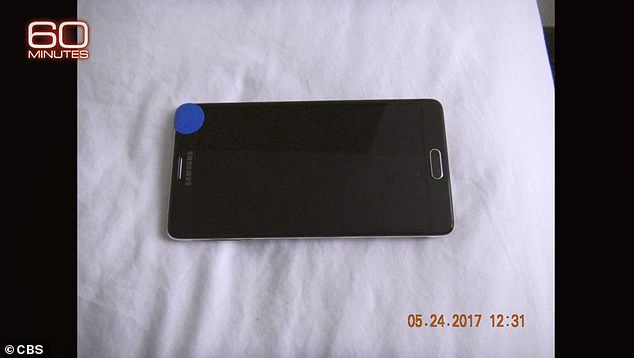 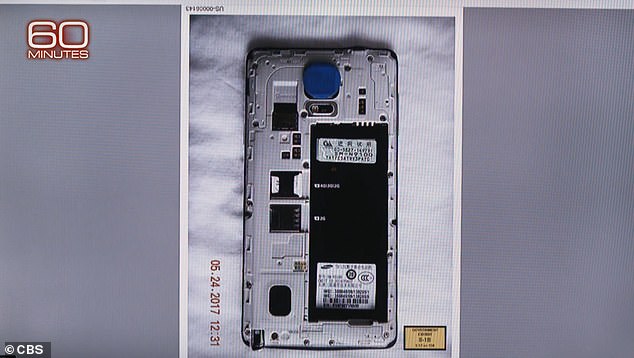 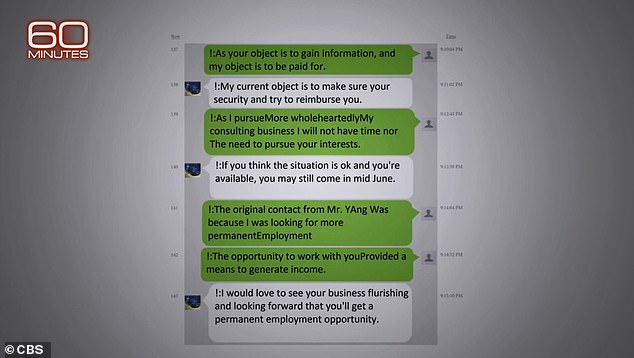 When federal agents reviewed the contents of the phone, they found these incriminating exchanges between Mallory and his Chinese handler 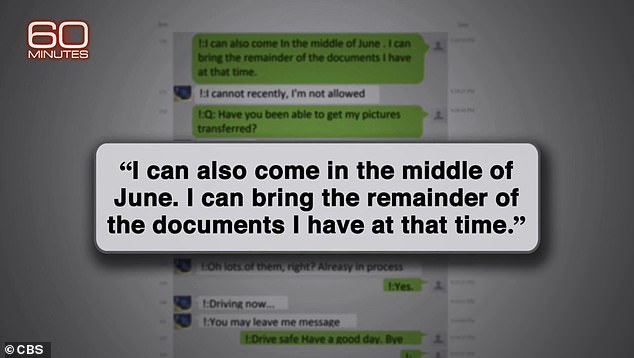 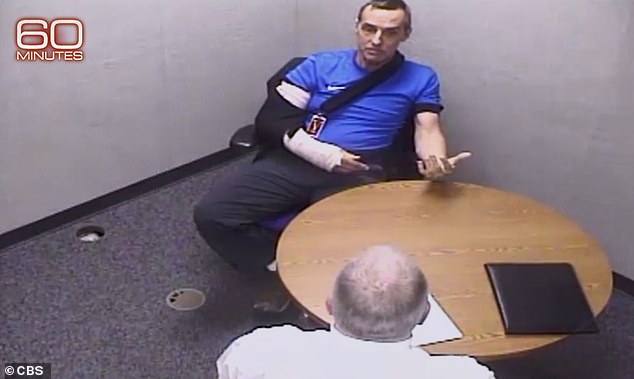 Malory’s sudden interest in Chinese intelligence set off alarm bells and prompted his former co-workers to report him to CIA security.

So when Mallory flew into O’Hare Airport from Shanghai in April, law enforcement officials were on alert and stopped him at Customs after he failed to declare $16,500 in cash found in two carry-on bags.

More importantly, a search of Mallory’s luggage turned up a box containing what at first glance looked like a garden-variety cellphone, which the former CIA agent claimed was a gift for his wife.

Upon closer examination, the gadget was determined to be a special communications device for transmitting secure text messages and documents.

According to an affidavit, Mallory initially told FBI agents that the only documents he transferred were two unclassified ‘white papers’ he had written on US policy matters. 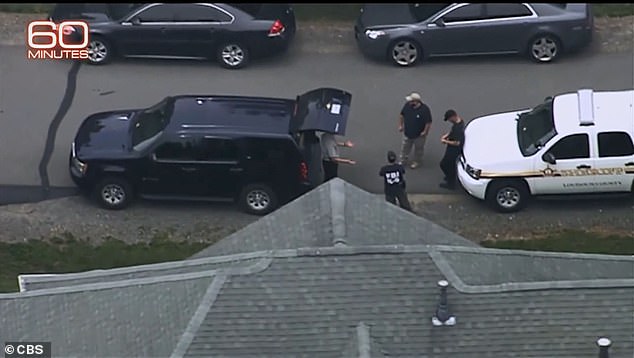 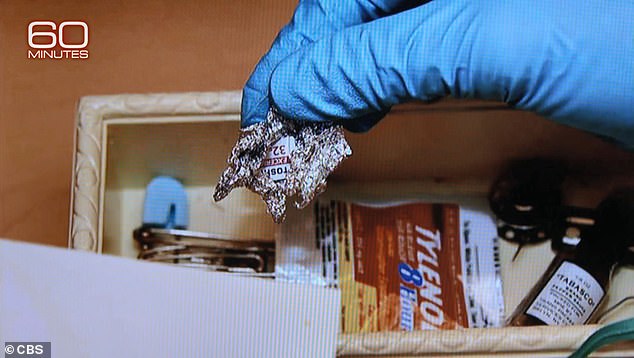 They found an SD card wrapped in foil, which contained eight secret and top secret documents

But the Virginia man was frightened, having been stopped at Customs and subjected to a search, so he voluntarily reached out to the CIA saying he thought he was being recruited by the Chinese.

During an interview with intelligence officials, Mallory admitted that the phone was a covert communication device given to him by a suspected Chinese operative, but he lied that he had only used it to send out some test messages, but could not figure out how it works.

In reality, Mallory had transmitted a classified white paper, a classified table of contents and made attempts to send other documents.

Mallory then offered to hand over the phone to the CIA, thinking that his exchange with Yang had been deleted by the software. He was wrong.

When Mallory arrived at the meeting and powered up the device to show officials how it works, his incriminating chat history appeared on the screen.

‘Your object is to gain information,’ one of his texts to Michael Yang read, ‘and my object is to be paid for.’

The Chinese agent responded: ‘My current object is to make sure your security and to try to reimburse you.’

Another text from Mallory to Yang stated: ‘I will destroy all electronic records after you confirm receipt. I already destroyed the paper records. I cannot keep these around, too dangerous. At this point all the risk is on me.’

Among the messages was a text from Mallory telling his handler that he could ‘bring the remainder of the documents’ during his third planned trip to China in June. 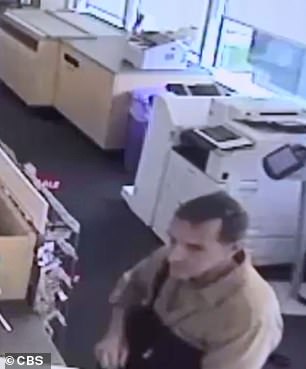 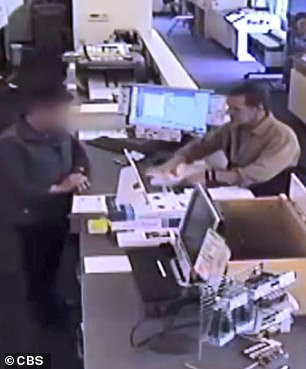 Investigators obtained surveillance footage from inside a FedEx location, which they said showed Mallory handing top secret documents to a clerk to scan

When FBI agents raided Malory’s home in Virginia following his arrest in April, they seized an SD card wrapped in foil, which contained eight secret and top secret documents.

Investigators also obtained surveillance footage from inside a FedEx location, which they said showed Mallory handing top secret documents to a clerk to scan.

One of the documents could have revealed the identity of a couple who had been engaging in espionage against China on behalf of the US.

Jennifer Gellie, who prosecuted the case against Mallory for the National Security Division of the Department of Justice, said that the defendant had personally supervised the couple years earlier and knew that they were planning a trip to China in the future, meaning that his betrayal could have put their lives at risk.

Mallory could face up to a life in prison when he is sentenced at a later date.