Famous exes Joey King and Jacob Elordi have opened up about the pressure of dating in the public eye, with the actress admitting ‘it can be brutal’ to be in the spotlight when you’re going through something.

The Kissing Booth stars had gone from on-screen love interests to a real-life couple while filming the flick in South Africa in 2017. Fans of the Netflix rom-com went wild over their romance, but after more than a year of dating, they split toward the end of 2018.

‘In this world, everyone wants to know your business and what you’re doing’ Joey, 20, told Entertainment Tonight while promoting the film’s sequel. ‘And I think it’s very interesting when you go through things and people kind of feel like they’re owed an explanation, but I understand.’ 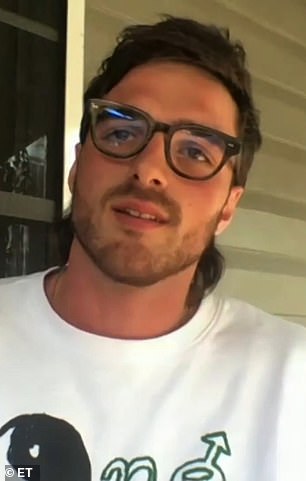 Candid: Former couple Joey King and Jacob Elordi have opened up about the difficulties of dating in the public eye while promoting their new Netflix rom-com The Kissing Booth 2 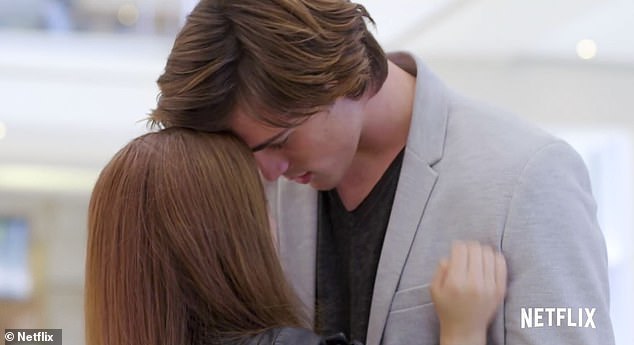 Awkward: The exes started dating while filming The Kissing Booth in 2017. They split toward the end of 2018, but had to reunite for the sequel

While most couples are able to steer clear of each other after a breakup, Joey and Jacob, 23, had to reunite and pretend to be in love on camera while filming The Kissing Booth 2.

In recent months, Jacob has been linked with another co-star, his fellow Euphoria actor Zendaya. Although they haven’t confirmed their romance publicly, they’ve been seen together on numerous occasions, sparking rumors that they are dating.

Jacob’s previous relationship with Joey has also continued to be the subject of much speculation nearly two years after their breakup. 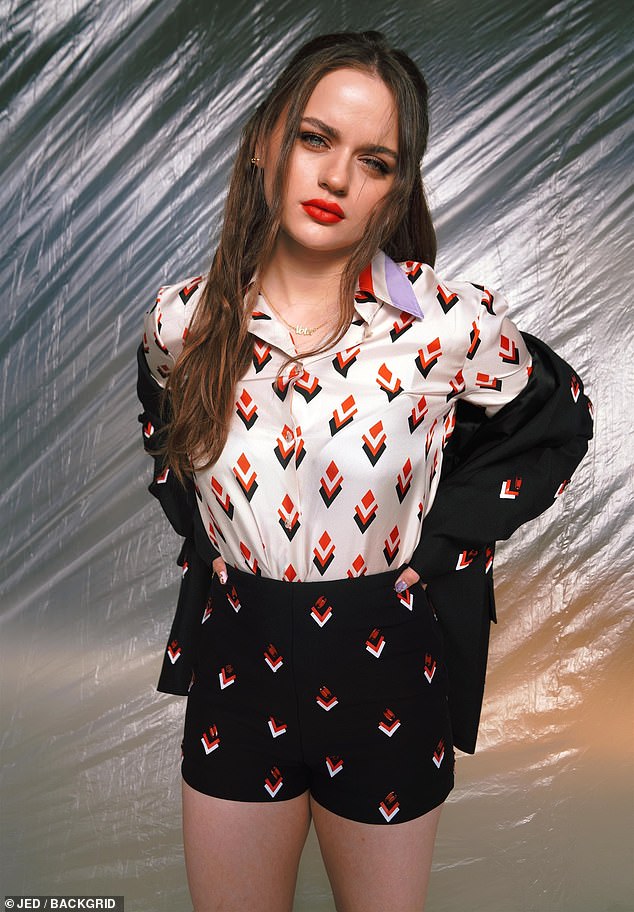 Intense fans: Joey, 20, said that when she is going through something ‘people kind of feel like they’re owed an explanation’

Honest: The Emmy-nominated actress admitted that going through a difficult time in the public eye ‘can be brutal’

The actor told ET that it initially ‘bothered’ him to have strangers so invested in his love life and scrutinize his every move.

‘Just even the fact that somebody you don’t know knows your name could be quite disembodying,’ he explained. ‘But then eventually, for me personally, it’s got nothing to do with me, you know.

‘Imagine the store around the corner from where you are now,’ he continued. ‘Whatever people are talking about is not your business, it’s kind of how it feels. Unfortunately, it just has my name involved in it but it literally has nothing to do with me. It just doesn’t affect the trajectory of my life. So I just kind of ignore it.’

In the Kissing Booth 2, Jacob’s character, Noah, is off to Harvard University while Joey’s Elle is starting her senior year of high school. Romantic entanglements ensue as they struggle to make their long-distance relationship work while Noah is across the country and Elle develops a crush on someone new.

Whether or not the fictional couple will make it is yet to be determined, and the film’s leading lady isn’t even sure if they are end game. 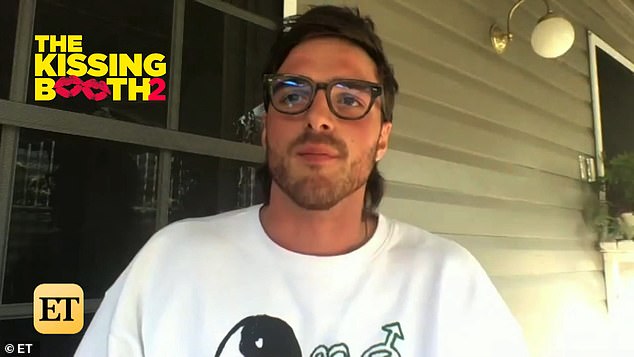 Keeping it real: Jacob, 23, said it initially ‘bothered’ him to have strangers so invested in his love life 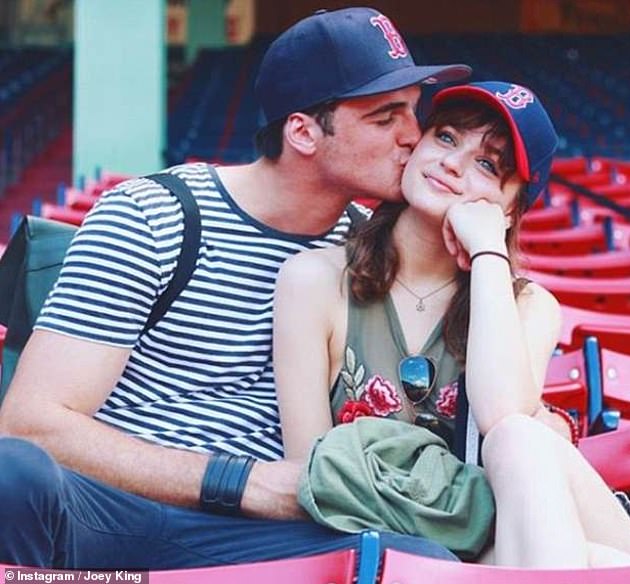 History: Jacob and Joey met while filmed The Kissing Booth ini South Africa, and they dated for over a year before breaking up 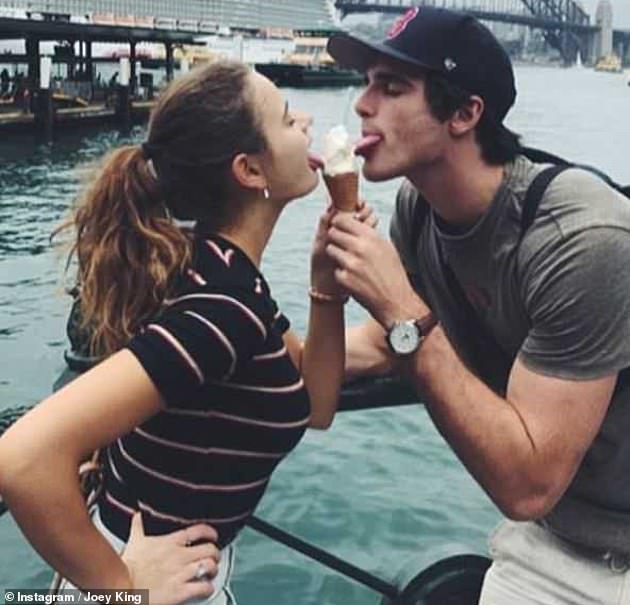 Excitement: The Kissing Booth became something of a cult hit among younger Netflix viewers, and as a result Joey and Jacob’s relationship came under intense scrutiny from fans

‘I don’t know,’ Joey said. ‘Just like Elle says in the trailer, she always thought they were but things change, things happen…I don’t know where their story will take them, but I’m so excited that we get to see Elle and Noah in this movie. I think Noah and Elle are iconic and I think it’s exciting for fans to be able to see them again.’

Jacob, however, believes there can be a happy ending between the long-distance high school sweethearts.

When the trailer for the hotly-anticipated sequel was released earlier this month, some viewers were stunned by Jacob’s appearance in the trailer, claiming he looks ‘miserable.’ 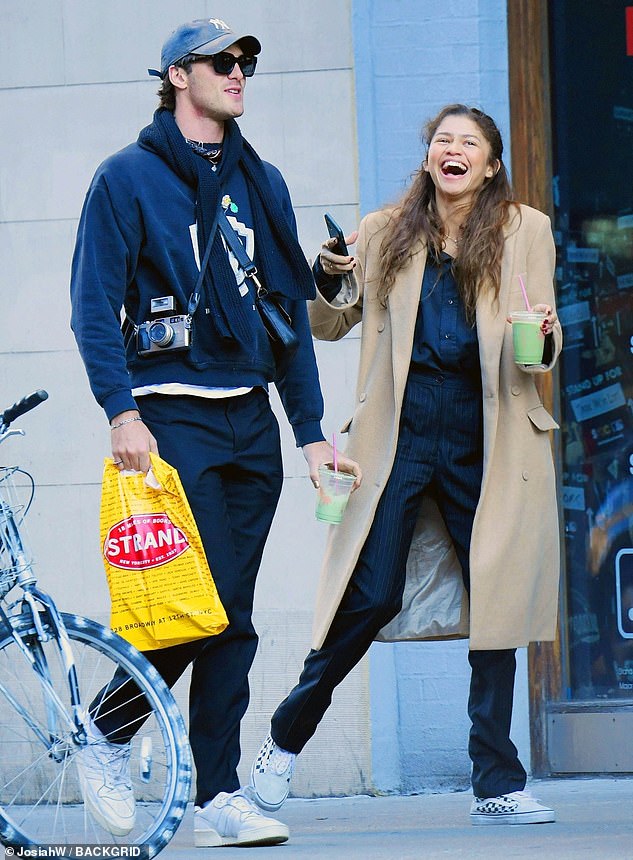 A new romance? Jacob has been linked with his co-star Zendaya, whom he has been pictured with on a number of occasions 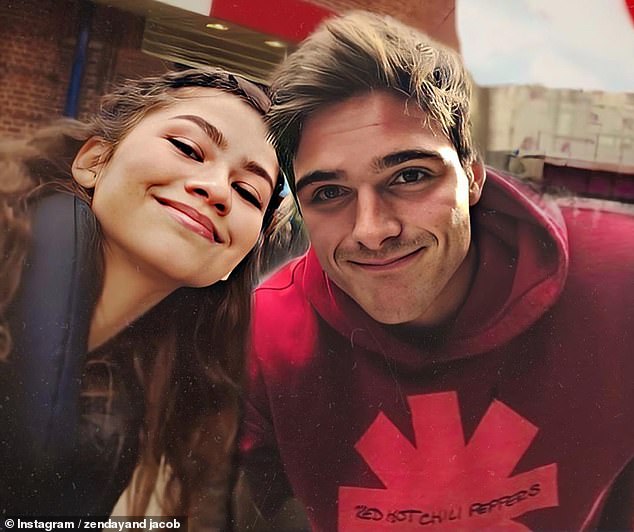 Return: Both Jacob and Zendaya are set to appear in the upcoming second season of Euphoria, which is due to debut at the end of 2020

Since the release of the first Kissing Booth movie, Jacob’s star has been on the rise, with the Australian-born actor landing a major role in the HBO series Euphoria, a dark departure from the cutesy Netflix film that launched him to fame.

Many questioned whether Jacob’s break-up from Joey would actually prompt Jacob to pull out of The Kissing Booth 2, and some fans were convinced he looks unhappy in the trailer because he had to appear alongside his ex-girlfriend in the film.

‘Jacob Elordi looks miserable af in the trailer of the new Kissing Booth movie,’ one Twitter user wrote. ‘I mean he’s in a movie he basically don’t wanna be in while having to make-out with his ex-girlfriend.’

Others called out the stark difference between The Kissing Booth and Euphoria, a critically acclaimed series that addressed a number of very serious, taboo topics, from teenage drug use to domestic abuse. 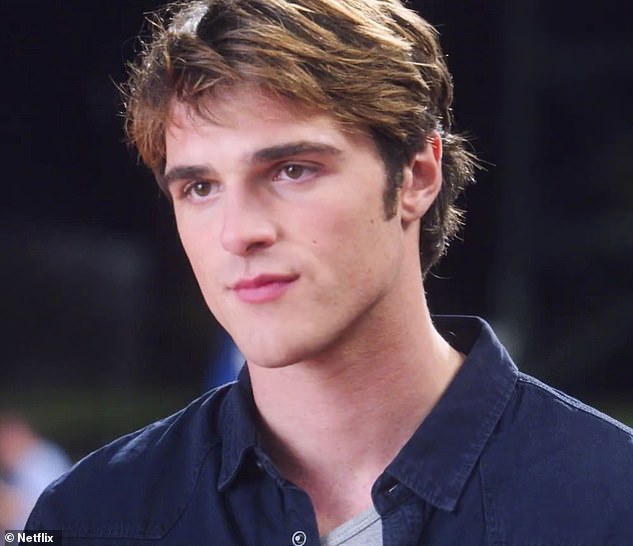 Upset? Netflix viewers have criticized the  trailer for The Kissing Booth 2, insisting that Jacob looks ‘miserable’ in the teaser 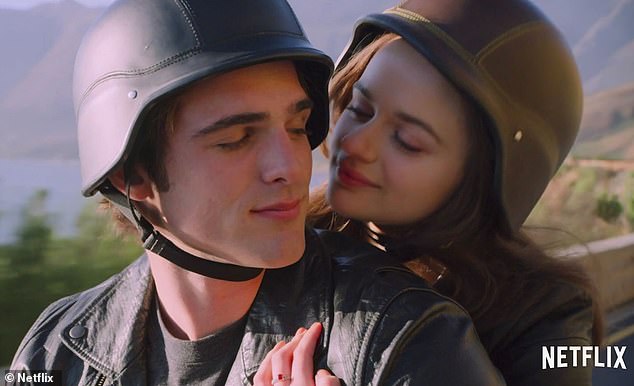 Awkward? Some have pointed out that it may have been difficult for Jacob to reunite with his co-star and ex-girlfriend Joey after the two split following the first film’s release

‘I know Jacob Elordi is mad asf he has to keep going with The Kissing Booth movies… he bodied Nate in Euphoria and now he has to go back to long hair and an annoying significant other,’ one wrote.

‘The Kissing Booth 2 will be the death of me,’ added another. ‘Euphoria was Jacob Elordi’s redemption after that horrible movie came out, now he’s dragged back into it for a sequel? I hate it here.’

A third chimed in: ‘So how am I supposed to watch Jacob Elordi go from his amazing performance in Euphoria to The Kissing Booth 2?’

Jacob will appear in the second season of Euphoria, which is slated to release at the end of 2020.

Moving backwards? A number of people have insisted that Jacob ‘doesn’t want to be in’ The Kissing Booth 2 — pointing to his split from Joey and his advancing career away from romcoms

A few people jumped in to defend Jacob’s ex-girlfriend and co-star Joey, pointing out that she has also starred in a major project of her own since the release of the first Kissing Booth movie.

Last year, Joey appeared alongside Patricia Arquette in Hulu true-crime series The Act, in which she played the role of Gypsy Rose Blanchard, who was convicted of the murder of her mother, Dee Dee.

The role earned Joey an Emmy nomination — and a legion of new fans who were thrilled to see her trying her hand at a more serious part.

Those fans have been quick to speak out on her behalf, insisting that people shouldn’t suggest that The Kissing Booth is ‘below’ Jacob when Joey has also gone on to experience similar success away from the franchise.

‘The fact that so [many] people feel bad that Jacob Elordi had to go back to The Kissing Booth series after doing Euphoria… [They] clearly didn’t see Joey King in The Act where she got nominated for an Emmy,’ one person wrote.