A former FBI agent who allegedly shared secret documents with a national media organization has been charged months after Attorney General Jeff Sessions vowed to crack down on government leaks.

Terry J. Albury, who was an agent in Minnesota, faces two counts of unauthorized disclosure of national defense information.

Albury was charged Tuesday by felony information, which typically indicates a defendant will plead guilty.

The charges allege Albury shared two documents with a reporter, including one dated August 17, 2011, that relates to how the FBI assesses confidential informants. 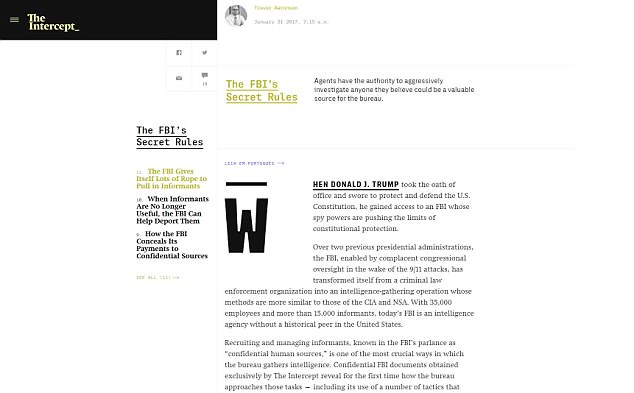 The other document, which is undated, pertains to ‘threats posed by certain individuals from a particular Middle Eastern country,’ according to the information.

The charges say Albury shared the documents sometime between February 2016 and January 31, 2017.

Prosecutors don’t name a reporter or news organization, but on January 31 of last year, The Intercept posted a story about how the FBI assesses and manages informants.

The story references a secret document dated August 17, 2011, that deals with assessing informants and recruiting them by identifying their ‘motivations and vulnerabilities.’

According to search warrant applications obtained by the Star Tribune, Albury began working for the FBI in 2000 and most recently was assigned to work on counterterrorism and other matters at the Minneapolis-St. Paul International Airport.

The search warrant applications say the FBI linked references to secret documents in data requests filed by The Intercept to Albury’s activity on the bureau’s information systems.

The FBI also later identified 27 documents — 16 marked classified — that The Intercept published, and found that Albury had accessed more than two-thirds of them.

Albury allegedly used a digital camera to photograph documents at his office and was captured taking photos on three separate occasions by security cameras, according to the FBI.

He has also been accused of cutting and pasting screenshots from documents and then printing some of those screenshots out. 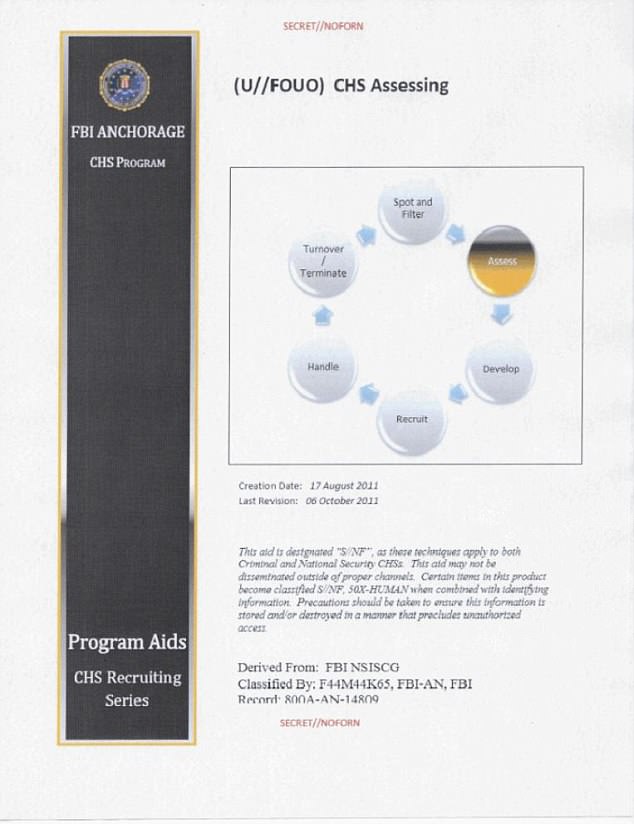 The charges allege Albury shared two documents with a reporter, including one dated August 17, 2011 (pictured), that relates to how the FBI assesses confidential informants

Charges filed Tuesday also allege that from April 7, 2017, to August 28, 2017, Albury willfully kept a document about an online platform used by a specific terrorist group for recruitment, and failed to give it to an officer and federal employee who was entitled to it.

Albury’s attorneys, JaneAnne Murray and Joshua Dratel, said in a statement that Albury served the US with distinction domestically and in Iraq and ‘accepts full responsibility for the conduct set forth in the Information.’

They also said that as the only African-American FBI field agent in Minnesota, his actions were driven by a ‘conscientious commitment to long-term national security and addressing the well-documented systemic biases within the FBI.’

‘The use of the Espionage Act to prosecute whistleblowers seeking to shed light on matters of vital public concern is an outrage, and all journalists have the right under the First Amendment to report these stories,’ she said in a statement .

A spokesman with the Justice Department declined to comment beyond the charging documents.

The Trump administration has made prosecuting government employees who leak sensitive information to the media a high priority.

Last year, Sessions pledged to clamp down on leaks, noting that the Justice Department had more than tripled the number of active leak investigations since President Barack Obama left office and that the FBI had created a new counterintelligence unit to focus on such cases.

He told members of Congress in November that the department was conducting 27 investigations into leaks of classified information.