Colin Kroll, 34, (pictured) was found dead from a reported heroin and cocaine overdose in his Soho apartment on Sunday

The former fiancé of the HQ Trivia founder found dead this week claimed he had everything to live for but his ‘demons got the best of him’.

Colin Kroll, 34, died from a reported drug overdose on Sunday and was found face down in one of the bedrooms of his Soho apartment.

Kroll, who launched HQ Trivia with Rus Yusparov in August 2017,  presided over a business valued at $100 million.

In 2012, they sold Vine, the once wildly popular video app they created, to Twitter for $30 million.

Colleagues claimed that Kroll was working round the clock and had been under extreme pressure to stay ahead of his rivals and create new games.

Maggie Neuwald, who was engaged to Kroll in 2012, claimed his fast-paced lifestyle was partly to blame for their split in 2013.

She told the New York Post: ‘I think that, probably, being continually catapulted into these high visibility, successful roles in a very fast-moving city where there’s a lot of accessibility [to illicit substances], made it difficult for him to stay grounded.

‘It’s not like anyone hands you a manual of how to deal with [whirlwind success],’ said Neuwald.

‘That probably, unfortunately, got the best of him, although I had hoped he’d be able to fight those demons’.

Police were called to the $7,450-a-month apartment by an unidentified woman who said she was worried that she had not heard from Kroll.

He had been living in the apartment since 2016. Heroin and cocaine were reportedly found at the scene but his official cause of death has not yet been determined by the medical examiner.

The night before, Kroll had attended HQ’s holiday party at Gran Morsi, an Italian restaurant in Tribeca.

A company insider told The Post he seemed ‘especially off’ that evening.

Neuwald told the New York Post that Kroll had first struggled with addiction while still in Michigan where he studied computer science at Oakland University. 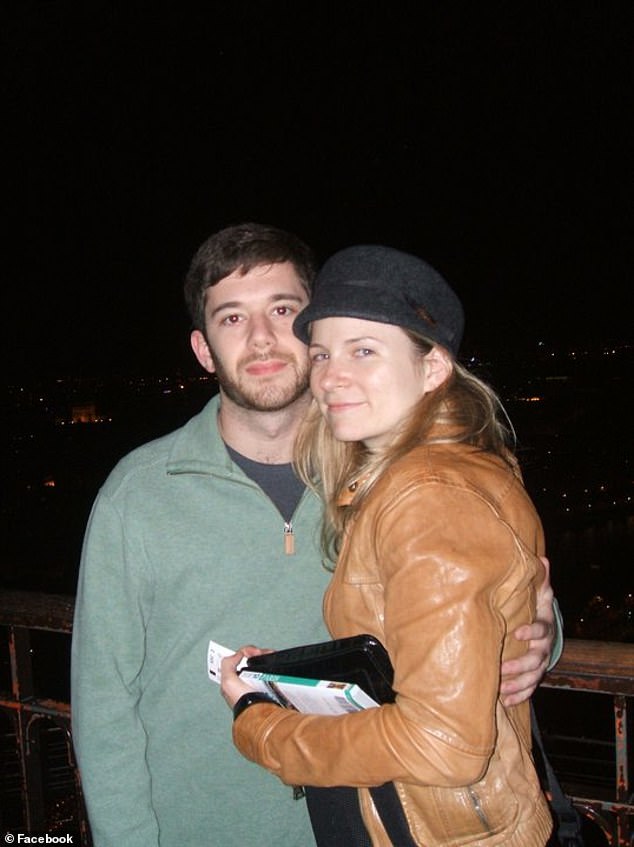 Before they got together in 2009, Kroll had sobered up. He did drink with Neuwald but not excessively, she said.

‘I think toward the end of our relationship, as he got more successful, he started to want to dabble in drinking and those types of things a little bit more.

‘His aspirations were to really change the world through the ­Internet.

‘He had every reason in the world to be happy and excited about everything he was accomplishing, but even in spite of that, he still struggled with his demons and, unfortunately, just wasn’t able to battle them off in the end’.

Before HQ, Kroll founded and sold Vine, a video platform which was bought by Twitter in 2012 then closed in 2014.

At the start of the year, HQ had was ubiquitous among millenials. 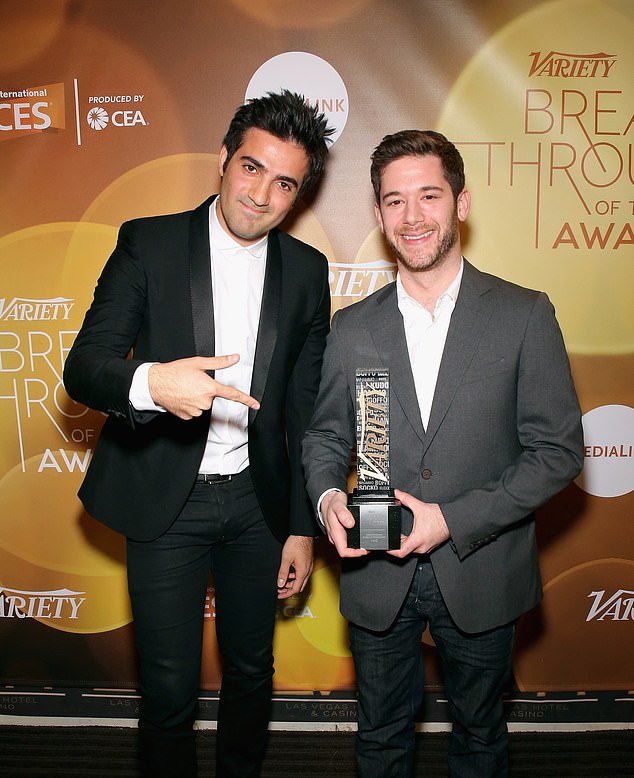 In August this year, Kroll replaced Rus Yusupov (left) as the CEO of Intermedia Labs, the company which owns HQ Trivia. It came after he apologized for ‘creepy’ and ‘inappropriate’ behavior which cost the pair investment last December 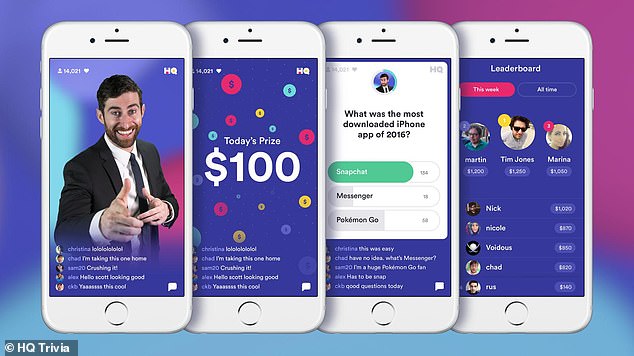 Kroll was under pressure to deliver a new game as HQ Trivia, the wildly successful game-show app he released in 2016, continued to lose its audience

It was comfortably among the top 10 most downloaded apps on iTunes but had slid down to between number 250 and 500 in recent weeks.

Privately, Kroll and Yusupov had pinned their hopes on a new product – HQ Words.

It would take the form of a live, smartphone version of Wheel of Fortune which founders hoped would deliver a one-two punch and reel players back in.

HQ Words was to be released in October this year but the launch was delayed.

Intermedia Labs, the company which owns HQ Trivia, did not respond to questions answer questions about the delay this week.

One employee said that the pressure had been on Kroll to create the next successful app.

The employee told the New York Post: ‘There’s so much pressure on [start-up] founders because they need to deliver to investors,’ said the company insider. 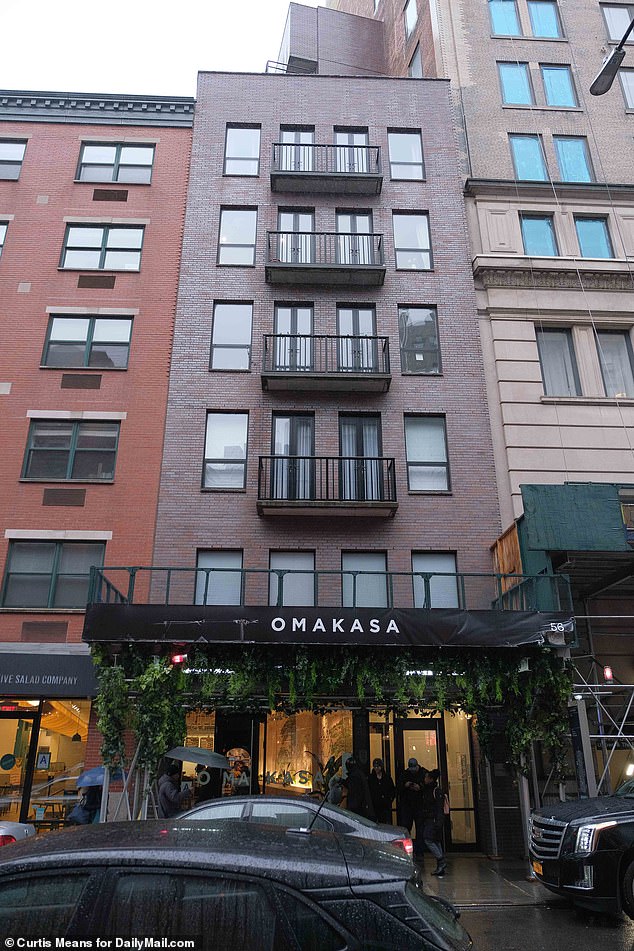 ‘There’s a disproportionately younger set of founders in this space. They are brilliant and creative and innovative, but they are also young and inexperienced and naïve.

‘All of a sudden, you’re going from a fun, creative time of building something into pressure from the investor side’.

In December last year, Kroll’s management style was described as ‘egregious’, ‘abusive’, ‘aggressive’ and ‘abrasive’ by Twitter and Vine sources in a Recode report about HQ’s failed attempts to raise funds.

At the time, the company was looking for investment from three prominent venture capitalists but they all pulled out after discovering the complaints against him while performing due diligence.

At Vine, Kroll was repeatedly described as ‘creepy’ towards women and was generally unpopular. 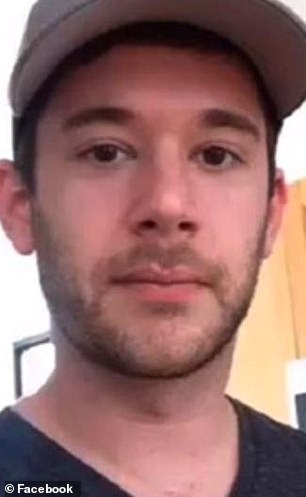 Intermedia Labs carried out an internal investigation as more investors pulled out but found nothing that warranted Kroll being removed.

He declined to comment at the time. But in March this year, the company was given investment after Kroll apologized publicly.

‘I now realize that there are things I said and did that made some feel unappreciated or uncomfortable. I apologize to those people.

‘Today, I’m committed to building HQ Trivia into a culture-defining product and supporting the dedicated team that makes it all possible’.

In August, Kroll replaced Yusupov as CEO, despite an HQ employee filing a formal complaint alleging that Kroll’s management style was ‘aggressive’.

Kroll was fired by Twitter in 2014, two years after it acquired Vine, the popular video platform he and Yusupov created with Dom Hoffman years earlier. Twitter shuttered Vine in 2016, four years after buying it for a reported $30million.

Around the time he was unveiled as the company’s CEO, Kroll swore off alcohol but he also began skipping work for days at a time, calling out sick.

A company insider told the New York Post: ‘People were worried about [Kroll].

‘He’d yell at people and would have episodes where he would get especially vocal and push things around’.

The source said that in the past few months he would show up at HQ headquarters appearing ‘nervous, jittery and sort of wired’.

Kroll recently cooked a turkey for the staff’s Thanksgiving potluck and brought in Christmas cookies that his mother had sent him.

The  insider claimed that some staff members were unaware of Kroll’s battle with alcohol and other substances.

According to him, multiple complaints were filed with HQ’s human-resources department against Kroll, including one for him using a swear word on a company chat portal. 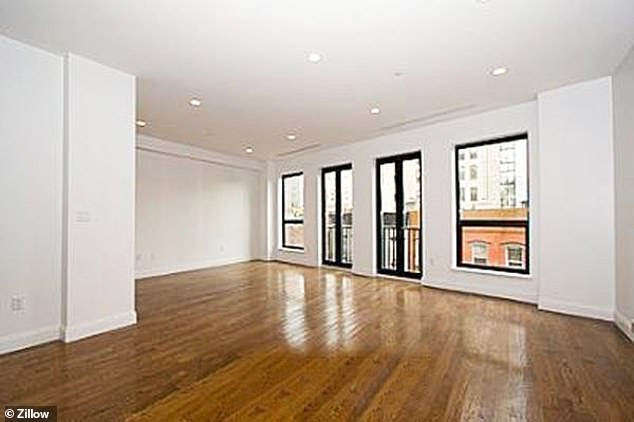 The tech entrepreneur had been living in this $7,450-a-month, two-bedroom apartment since 2016

‘It almost seemed like the complaints were people’s way of trying to help him,’ said the company insider.

The New York Post reported that Kroll was seeing a girl named Julie Antonio, 27. They first connected during Vine’s early days, when Antonio was a user of the app.

The two are said to have dated on and off for years and had recently started spending more time together.

Kroll’s father Alan told The New York Times that he was troubled by the allegations and that here had a hard time understanding how people couldn’t operate at a fast-pace as he did.

‘He couldn’t understand people that couldn’t keep up.

‘I tried to explain to him that not everyone could do that,’ he said, adding that his son had a ‘tough Mid-West drive’ having grown up in Detroit.

Alan added that he had been working ‘too many hours’ and was struggling to keep up with life in New York City.

‘He worked too many hours and too hard. I think New York City got to him a little bit.

‘You need to have great constraint to have a disciplined life there. All of that leads to getting too much drugs or bad drugs and overdosing,’ he said, adding that his son had recently stopped drinking alcohol.

‘He had so much talent and had accomplished so much at such a young age. It truly is a waste.

‘At 34, imagine the things he’d done and the skills he had. It would have been really fun to watch him at 50,’ he said.