Former flight attendant, 26, who was disfigured by a seven-storey fall has her face rebuilt after doctors put ‘more than 300 steel nails into her head’

A former flight attendant has had her face rebuilt with the help of 3-D scanning technology after being disfigured by a seven-storey fall.

Chen Lidan, 26, also suffers from severe memory loss and learning difficulties after surviving the fall from a hotel in southern China nearly four years ago.

Doctors had to put steel plates under her skull and inserted more than 300 steel nails into her head to give her a new face, according to her family. 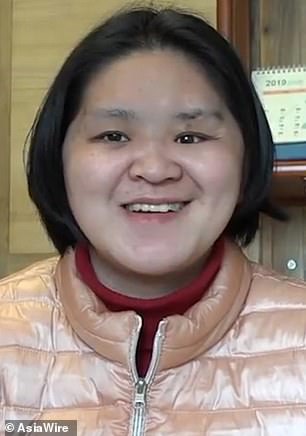 Before and now: Chen Lidan (pictured before the fall, left) had been given a new face (right) after she was disfigured by a mysterious seven-storey fall from a hotel nearly four years ago

Ms Chen had worked as a flight attendant for China’s Sichuan Airlines on domestic routes for about a year before the incident took place.

In May, 2015, she fell from the sixth-floor of the Jade Sea International Hotel in Sanya in Hainan Province after climbing out of a hotel room and onto an air-conditioning unit, according to a previous report from People’s Daily Online.

Her cousin, Hu Ruiyun, told MailOnline that Ms Chen had been working that day and had checked into the hotel with her co-workers.

But the family don’t know what happened afterwards, and police have refused to give them information, according to Ms Hu. 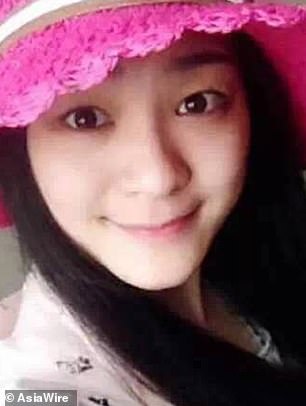 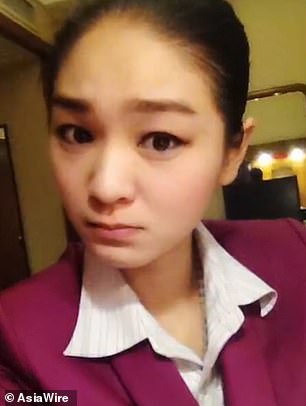 Ms Chen (pictured before the incident) worked as a flight attendant for Sichuan Airlines. In the first interview she gave since the incident, she told reporters she still looked pretty

Ms Chen’s face was mangled, all of her teeth were gone and the shape of her head had completely changed, her family said.

She underwent an emergency open brain operation at the 425 Hospital in Sanya before being transferred to West China Hospital in her home province of Sichuan for a skull repairing operation.

Doctors in West China Hospital then improved the shape of her skull and rebuilt her face with the help of the 3-D scanning technology, according to Ms Hu.

It is said Ms Chen underwent medical treatment for about two years. 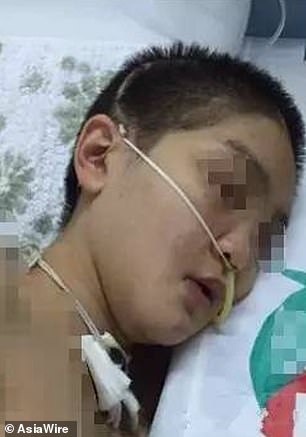 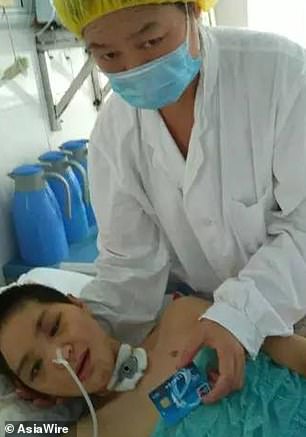 Rumour has it that Ms Chen tried to kill herself due to emotional stress, according to previous Chinese reports.

But her family have denied the allegations.

Her father, Chen Shengchang, said his daughter and her boyfriend at the time were in a ‘very good’ relationship, and the cause of her fall was ‘unknown’. 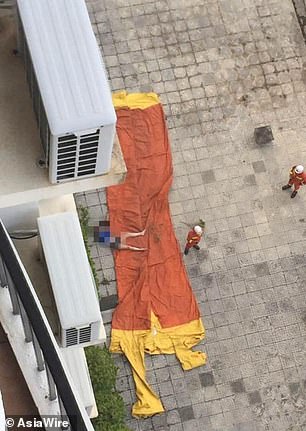 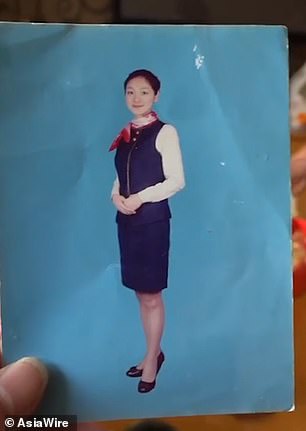 Ms Chen fell after climbing out of the hotel room and onto an air-conditioning unit according to Chinese media which released a picture of the scene (left). Reports at the time claimed that Ms Chen (pictured in her uniform) had checked into the hotel with her colleagues 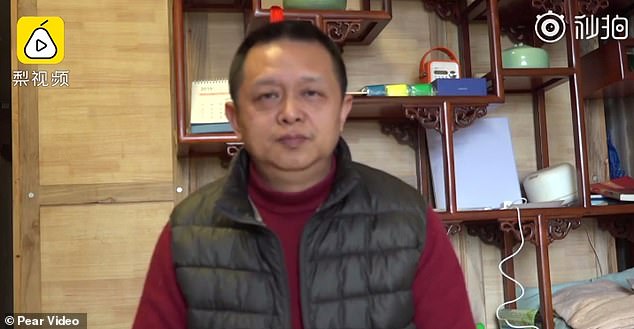 Ms Chen has suffered from memory loss as well as learning difficulties after the incident. Her eyesight is also seriously damaged.

Speaking to a reporter from video news site Pear, she could remember her name and age, but has no recollection of why she fell and whom she was with on the day.

Commenting on her new face, Ms Chen thought she looked almost the same as before.

She said she had been pretty in the past and was still pretty now.

Police from the Sanya Public Security Bureau have ruled the incident as a suicide attempt, but refused to provide Ms Chen’s family with more details, Ms Hu claimed.

Mr Chen’s family are now desperate to know the truth of their daughter’s fall.

They said they would keeping trying to find the answer.

For confidential support on suicide matters in the UK, call the Samaritans on 08457 90 90 90, visit a local Samaritans branch or click here.