Two ghosts of British politics past were spotted at a London haunt this week as David Cameron and Alastair Campbell met up at a carol service.

The former Conservative prime minister and Tony Blair’s ex-spin doctor were seen arriving at a candlelit carol service in London free from the pressure of a week of political drama.

The two political heavyweights both wore ties matching the colours of their respective parties – Campbell in red, Cameron in blue.

Neither wore a coat despite the cold weather but Campbell had a waistcoat to match his suit while Cameron kept warm with a jumper. 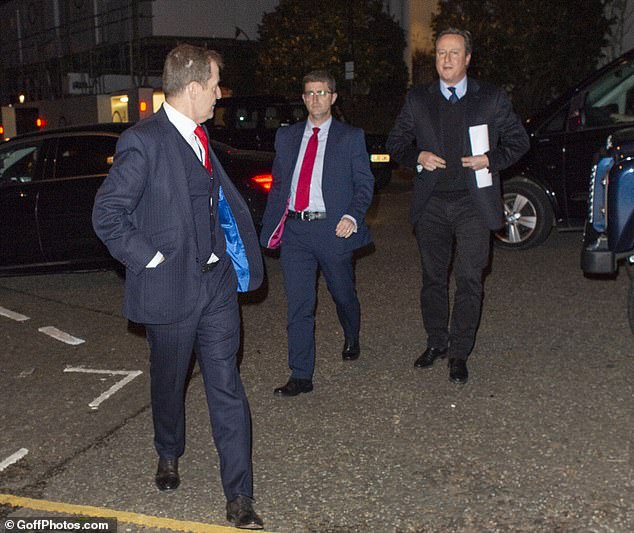 You here as well? Campbell looks round as Cameron walks behind him to the church in west London for the carol service, a charity event for a blood cancer organisation 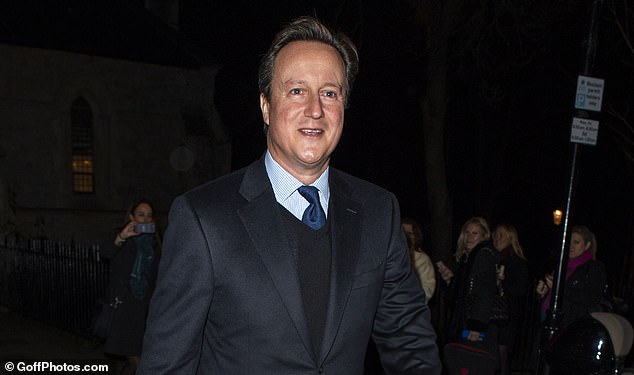 No worries: David Cameron, who resigned as PM in the wake of the referendum result in 2016, enjoys his free time with a trip to the carol service where he met Alastair Campbell

Former Liberal Democrat leader Nick Clegg was listed among the high-profile guests scheduled to give a reading at the carol service.

Campbell, who was press secretary and then communications director for Tony Blair between 1997 and 2003, once said ‘We don’t do God’.

He and the ex-Tory leader were on opposite political sides in the 2000s, with Cameron challenging the dominance of the New Labour movement Campbell had helped to create.

The pair were on the same side of the EU referendum debate, with both backing a Remain vote in 2016, but they have taken different paths since then.

Cameron resigned as PM in the wake of the Brexit vote, quitting as an MP later that year, and has largely kept a low profile since then.

On the day of the carol service he said he did not regret calling the referendum, saying he had delivered on his manifesto promise at the 2015 election.

Campbell has been more active, as one of the leading voices in the People’s Vote campaign backing a new referendum on the final deal.

His former boss Blair has also been back in the fray this week, saying Theresa May should stop ‘banging your head against this brick wall’ over Brexit. 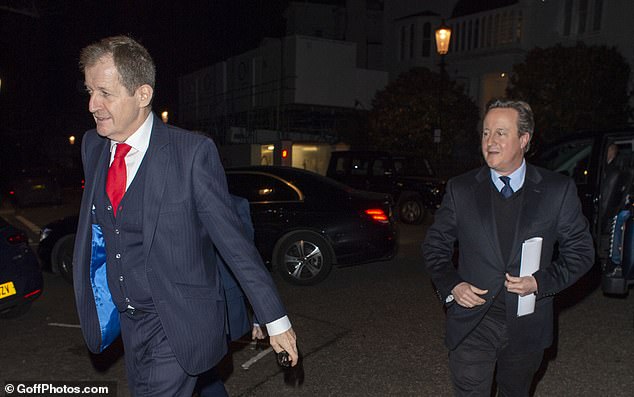 Let’s be friends: Two of the political titans of the last 20 years – one a kingpin of New Labour and the other Tory leader for more than a decade – meet up in west London on Monday 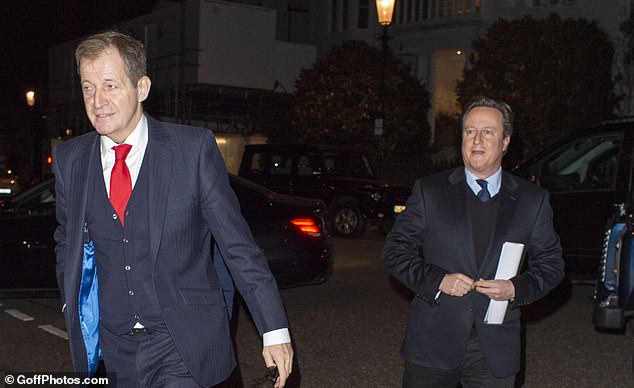 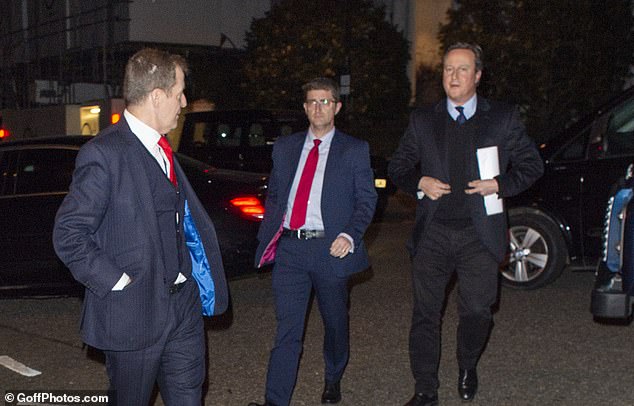 Teaming up: The two political rivals – who were both pro-Remain in the referendum but have taken different paths since then – arrive at Monday night’s concert