Former French President Jacques Chirac has died at the age of 86.

His death was also announced in the National Assembly in Paris where a minute’s silence was held.

In a long career, Chirac was twice Prime Minister of France before serving as head of state from 1995 to 2007.

During his term in office, his opposition to the Iraq War put him at loggerheads with George W. Bush and Tony Blair.

After leaving office he was found guilty of corruption dating back to his time as mayor of Paris and given a two-year suspended prison sentence.

Former French President Jacques Chirac (pictured in 2007, the year he left office) has died at the age of 86 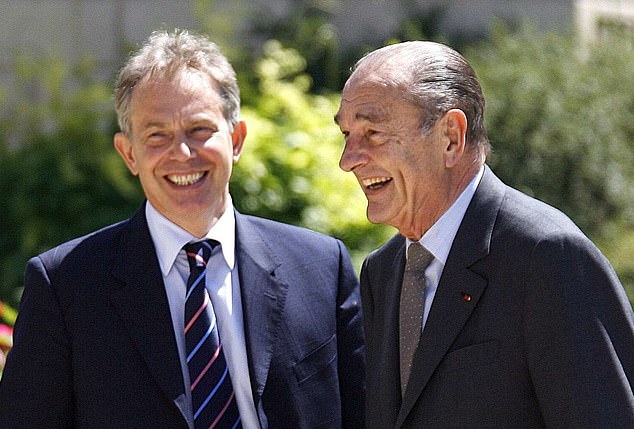 Former French leader Jacques Chirac and then-British Prime Minister Tony Blair are pictured in Paris in 2006. They clashed over the Iraq War

Chirac’s career in national politics began in the 1960s when he worked under President and former Resistance hero Charles de Gaulle.

In 1974 he became Prime Minister – a subordinate position in France – under President Valery Giscard d’Estaing.

After leaving that post he became mayor of Paris in 1977, a position he held for 18 years.

He returned as Prime Minister in 1986 in an uncomfortable arrangement with President Francois Mitterrand of the opposing Socialist Party, serving until 1988.

In 2002 he was elected to a second term, beating far-right leader Jean-Marie Le Pen who had unexpectedly reached the final round.