A bikie enforcer turned Instagram star has taunted police who raided his home after he brandished what appeared to be a gun in a brazen social media post.

Ben ‘notorious’ Geppert last week uploaded a video to Instagram which appeared to show him holding a black gun marked ‘self loading pistol US Army Model’.

Police raided his Gold Coast home on Sunday with a warrant to find a black 45 calibre revolver.

The bikie taunted officers after they found nothing, saying on Instagram: ‘Thanks for coming and ruining my Sunday and not finding anything. You dogs will never get me.’

Weapons experts told The Courier-Mail the gun was fake.

He said: ‘[Bikies] are leaving a digital footprint that big that law enforcement would be blind to miss it. I’m sure they’re looking at it and collating intelligence.’ 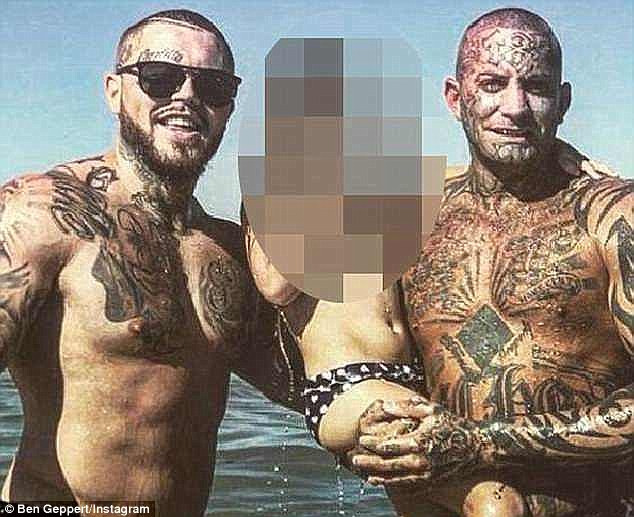 In February, former Hells Angels’ enforcer Geppert – who made headlines after being booted off Hamilton Island by police while on holiday – attacked Pechey in a lengthy Instagram post.

The 26-year-old bikie called Pechey, 31, a ‘dog’ and accused him of ‘talking to the task force’ (the police), just weeks after the pair met through their Instagram-famous girlfriends, who are cousins.

He later wrote: ‘Kaos you weak boneyard dog… don’t hide behind me for protection. Ya know where I live so come be a man.’ 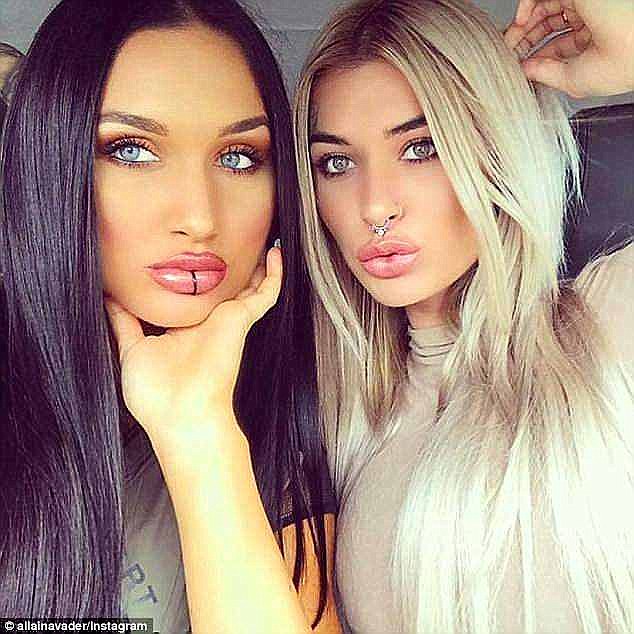 Brett ‘Kaos’ Pechey (right with his model girlfriend), the former president of a Queensland Bandidos chapter