A reformed Hells Angel president has revealed how he became swept up in gang life, the stresses that came with being a bikie boss and opened up about the confronting moment he knew he had to give up his life of crime.

Mohammed ‘Moe’ Khodr gave rare insights into how he became president of his own Hells Angels chapter in Melbourne while speaking on The Felon Show, hosted by a former Port Phillip inmate.

His days with the Darkside chapter came to an end after he served nearly eight years in prison for drug trafficking and gun offences.

Khodr, who is now 34 and a father, said the reality of life in an outlaw motorcycle gang was nothing like what is shown in the HBO show Sons of Anarchy.

‘It’s not like Sons of Anarchy where we ride around and drink piss. It’s a rough life,’ he said.

He said the real way recruits have to prove their loyalty to become a bikie is nothing like it’s made out to be.

Mohammed ‘Moe’ Khodr gave rare insights into how he became president of his own Hells Angels chapter before he served nearly eight years years in prison for drug trafficking and gun offences. He is pictured in a police car in 2013

‘Everyone glorifies it … (they) say you’re going to go to strip clubs … (but) all you’re doing is buying drinks and cleaning the bar,’ he said.

He was busted after supplying an undercover cops 910g of ice worth $220,000, a handgun and ammunition in police sting operation in 2013.

Police also alleged Khodr threatened to burn down a Boronia factory and kill the owner before taking control of it and turning it into a gang party house.

He was also charged over an attack on prison guards while in custody – which earned him two years under 22 hour lockdown at Port Phillip maximum security prison. 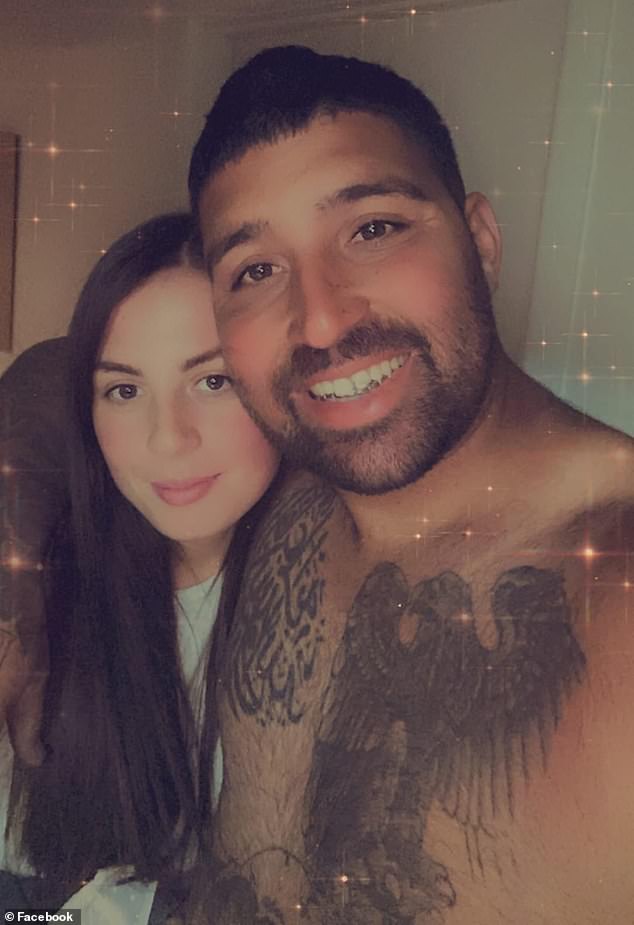 Khodr was busted after supplying an undercover cops 910g of ice, a firearm and ammunition in police sting operation in 2013 – but today he is a free man, a father of two, and wants to discourage others from following his path. He is pictured with his partner after serving his sentence.

Khodr said his path to gang life started with vehicle offences, such as driving unlicensed.

One day he got pulled in by older gang members asking ‘do you wanna deliver something for me?’

‘You’re young. The concept of how much jail you’re about to do doesn’t enter your little brain.’ 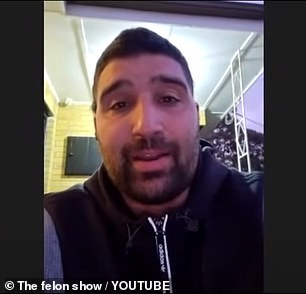 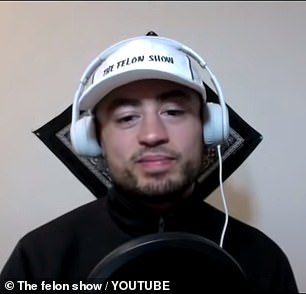 Mohammed ‘Moe’ Khodr described how his path to crime and gangs began with driving offences around the age of 13. Khodr was speaking with his friend and former Port Phillip inmate and G-Fam gang member David Obeda (pictured) on The Felon Show podcast. 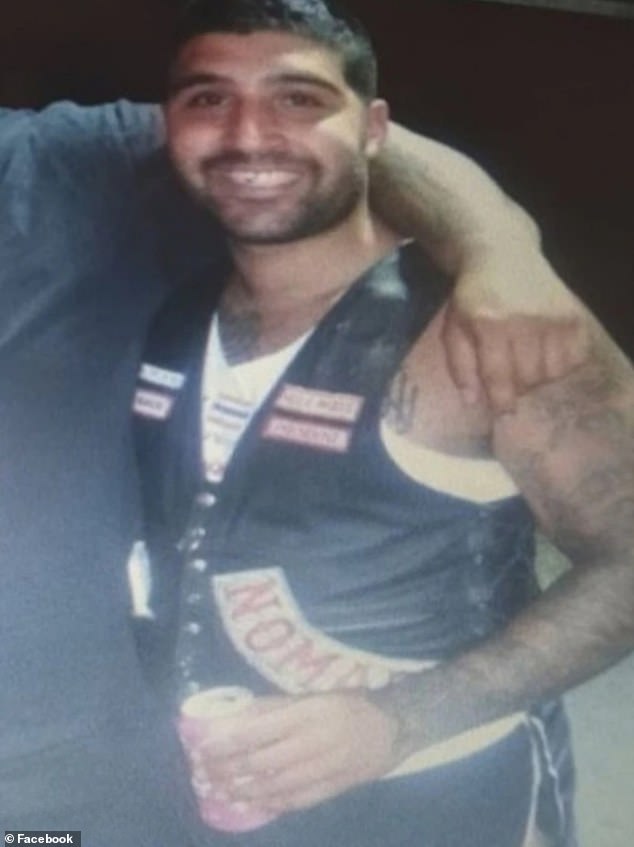 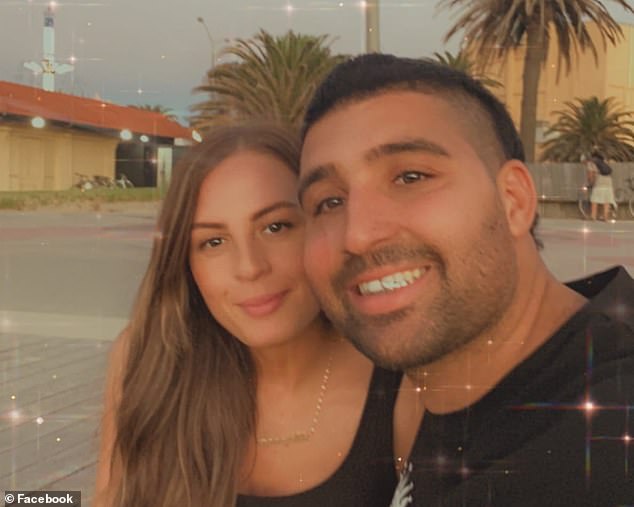 Khodr regrets his path into crime, which he says began with driving offences before accepting money to deliver good for gang members, then taking a gun with him

He admitted being on bail ever since he was 13 years old and is still not allowed to leave Australia to visit extended family in Lebanon – even though he’s a free man.

Khodr said as soon as he became a ‘patched’ gang member life was suffocating, with police seemingly waiting for him at every turn.

‘You may as well draw a f**king target on your back. The days of just cruising around and making some money are over.

‘You can’t do anything … (police) are waiting at the end of the street,’

Starting his own chapter so he could become a boss was stressful, he said.

‘It was like having two fulltime jobs (full of) dramas, politics, this guy, that guy… your phone rings at 5 in the morning, you gotta get up and go and talk to some c***.’

Despite the dramas, Khodr said he was ‘committed [until] death’.

‘I had the whole gang member til I die mentality…. ride or die.’

He brought friends who were not gang members into the Hells Angels life.

‘I kick myself for doing that,’ he said.

When good friends left or died, and he found himself without affiliations while in jail – and being continually tossed into solitary confinement, during this time he started to reconsider his choices. 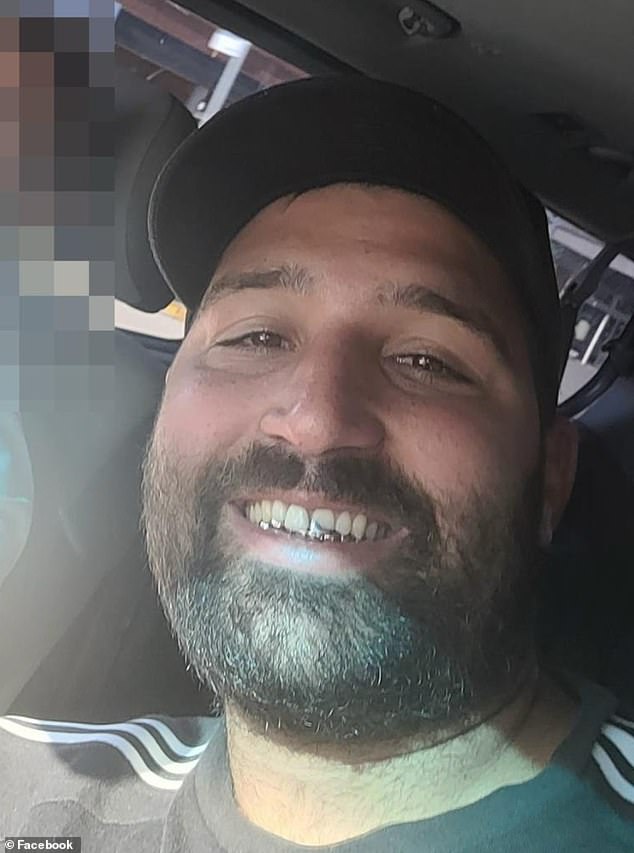 ‘You think ‘where does it end? Do I end up dead? Do I end up doing 35, 40 years like some of the other boys? [with] no chance of having kids, no missus, what opportunities do you have’?’

What finally turned him away from gang life was missing the birth of his daughter – again in solitary confinement after an indiscretion.

Khodr warned anyone who believes its a gangster life to think again.

‘I’ve done it and there’s nothing at the top of the mountain,’ he said.

‘If you wanna watch your mum grow old in a visitor’s centre, do what I did.’

He said he has turned his life around and is now a family man living in Melbourne.