Colombian police have re-arrested a former hitman for the late drug lord Pablo Escobar as part of an investigation into extortion.

The chief prosecutor’s office said Friday that Jhon Jairo Velasquez, 56, was arrested in Medellin. It has yet to provide details about the investigation.

Velasquez, known by his nickname Popeye, was paroled in 2014 after spending 22 years in jail for plotting the assassination of a former Colombian presidential candidate.

While working for the Medellin Cartel, Velazquez, by his own confession, killed over 300 people with his own hands, and helped to plan the murders of some 3,000 more, including the woman he loved. 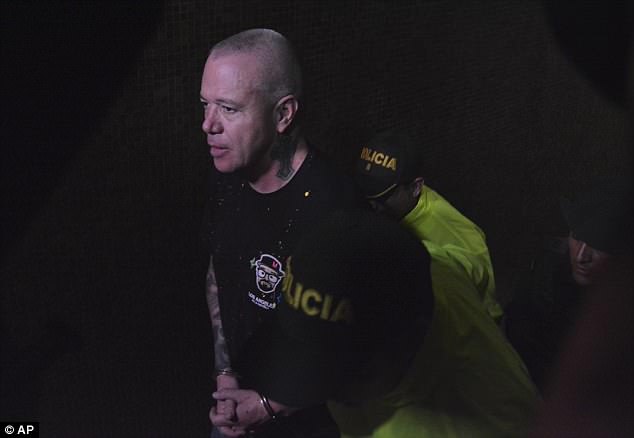 Jhon Jairo Velazquez, who worked closely with drug lord Pablo Escobar, was escorted to court in handcuffs on Friday. 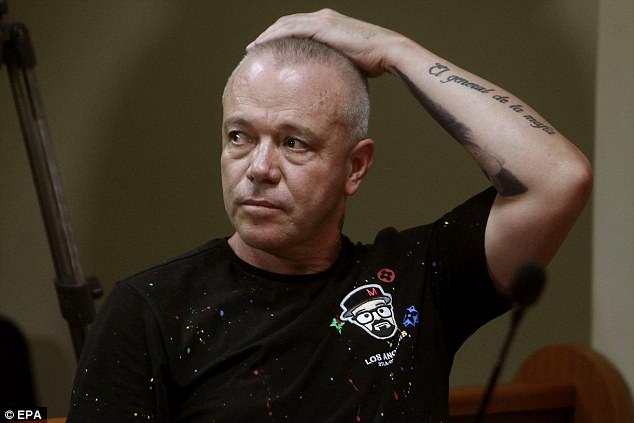 Velazquez, seen here at a court hearing on Friday, served 22 years in prison before his release in 2014 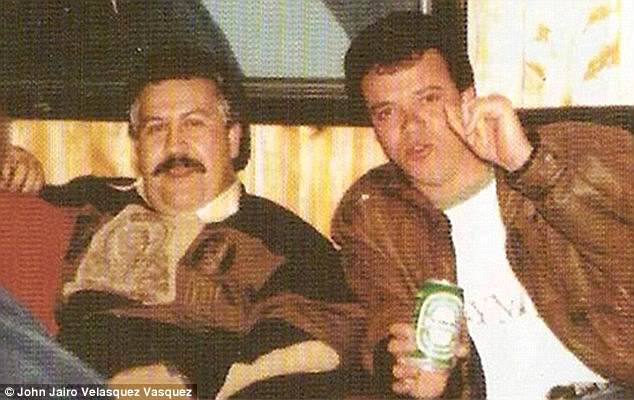 ‘Popeye’ Vasquez (right) killed more than 300 people and ordered the death of 3,000 to enforce Pablo Escobar’s (left) reign of terror

While he has since said he regrets killing so many people, he has always stayed very loyal to Escobar, the drug kingpin who died in 1993.

As he was getting out of prison he told El Tiempo that ‘If Pablo Escobar were to be reborn I’d go with him without thinking.’

Since his release from prison, Popeye has gained notoriety as a YouTube star who espouses conservative political views and hate-filled diatribes against leftist rebels and Venezuela’s socialist government.

Last week he took aim at Colombia’s leftist presidential candidate Gustavo Petro, warning that his ‘rifle will speak for me.’

In his channel description he writes: ‘I started this channel in order to tell the day to day process of reintegration into society.

‘I have had the opportunity to be born again after 23 years and three months of the worst punishment a human being can afford.’ 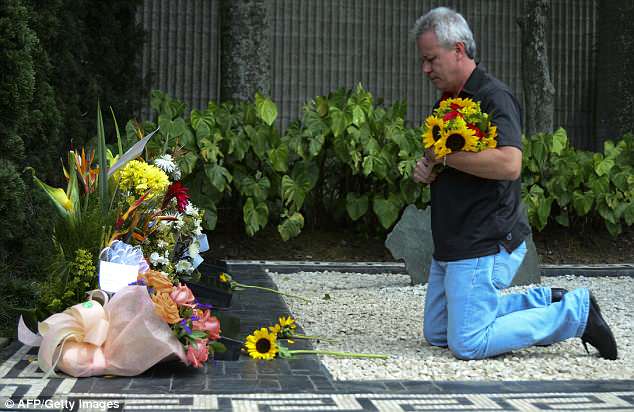 Velazquez, seen here visiting the tomb of Pablo Escobar, has said he regrets the killing, but not working for the drug kingpin.

Velasquez previously told the New York Times that he wasn’t cashing in on his notoriety and said: ‘It’s not about monetizing my life story but about telling the stories, the things that happened 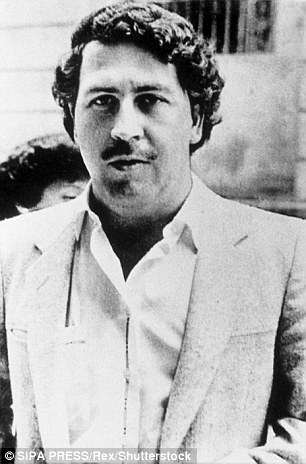 Pablo Escobar, seen here in a file photograph was killed in 1993 in a shootout with police

‘I’ve been famous for 30 years. I only want to have an opinion because I am an activist.

‘I am against the Venezuelan and Colombian government. I am against Donald Trump because of his hatred of Latinos. I just want my opinion heard.’

Velasquez was given his 30-year sentence in a maximum security jail in Bogota for plotting the murder of a former presidential candidate.

The slaying of the cartel-fighting politician Luis Carlos Galan during the 1990 presidential campaign he was heavily favoured to win marked the apex of drug violence that engulfed Colombia two decades ago.

In a bid to fight extradition to the United States, Escobar ordered scores of assassinations – of judges, cabinet ministers and journalists.

The cartel waged a bombing campaign across Bogota, Medellin and Cali, with many of the explosive devices planted by Velasquez.

Escobar even downed an Avianca commercial jetliner in 1989, killing all 107 on board, because he believed Galan’s political heir, then President Cesar Gaviria, was aboard.