Former Lake District home of Beatrix Potter is available to rent for £1,750 via Savills

She was best known for her children’s books featuring animals, such as The Tale of Peter Rabbit.

But there is more to Beatrix Potter’s legacy than being an author. Much of her energy – particularly later on in life – went into land conservation, and she is credited with preserving much of the land in the Lake District where she owned a property called Castle Cottage.

The former home of Beatrix Potter is an 18th century Grade II listed cottage in the village of Near Sawrey in Cumbria.

The author left almost all of her property to the National Trust, which is now marketing Castle Cottage to rent via Savills for £1,750 a month.

The former home of Beatrix Potter (pictured) is available to rent via lettings agent Savills for £1,750 a month 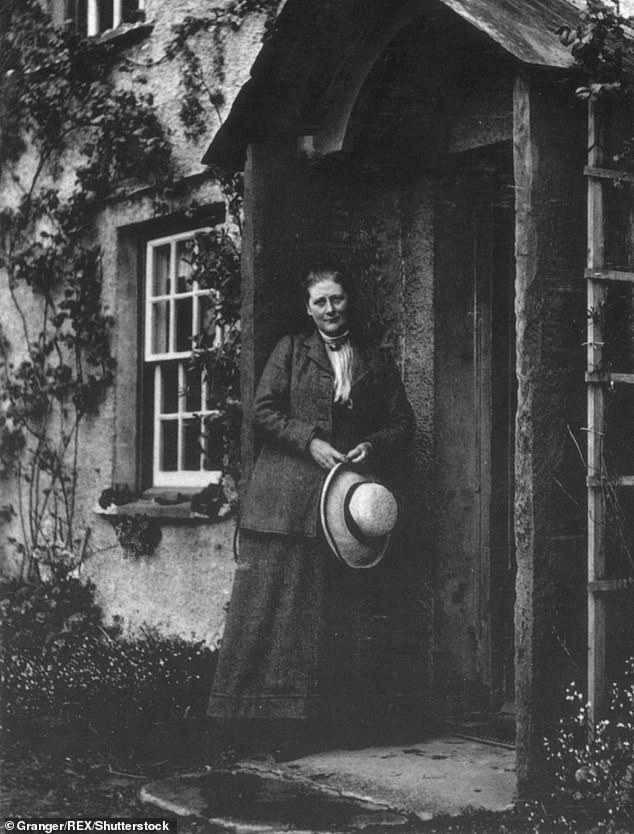 Jennifer Dixon of Savills, said: ‘When Beatrix Potter died, she left Castle Cottage to the National Trust, along with 4,000 acres of land, 14 farms and flocks of Herdwick sheep.

‘The Trust has continued the author’s conservation work and now owns 91 hill farms in the area, some of which still have traditional Herdwick flocks.

‘Without Beatrix Potter’s practical and tireless support, it is uncertain whether the Lake District would have remained the place of spectacular beauty it is today.’ 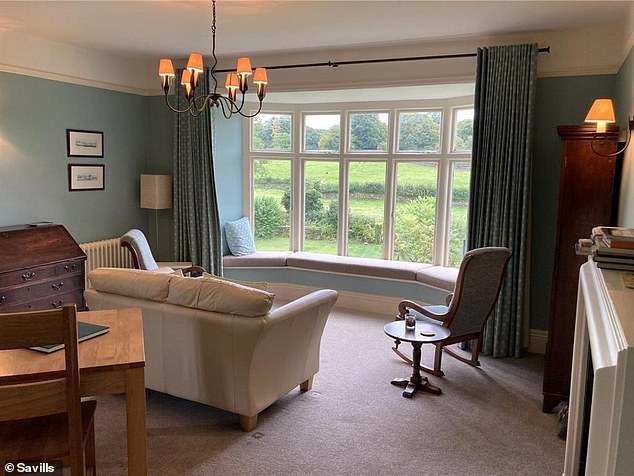 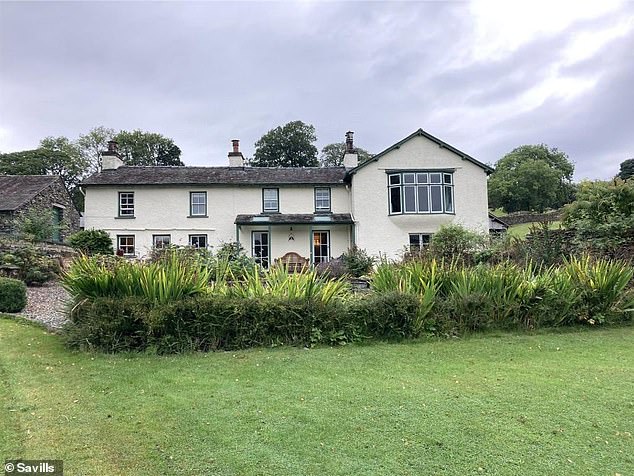 The Grade II listed cottage is in the village of Near Sawrey in Cumbria, set in the Lake District National Park 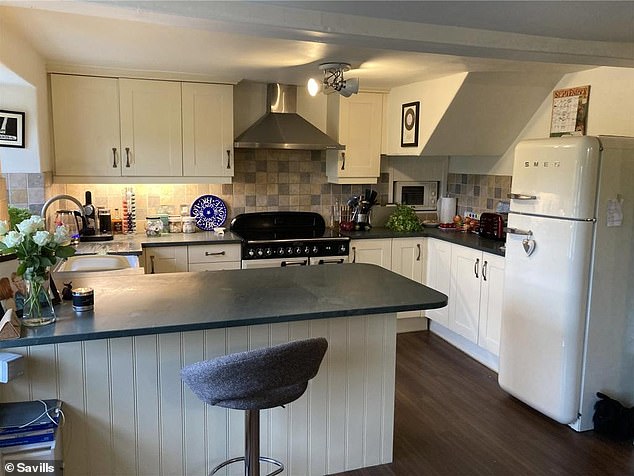 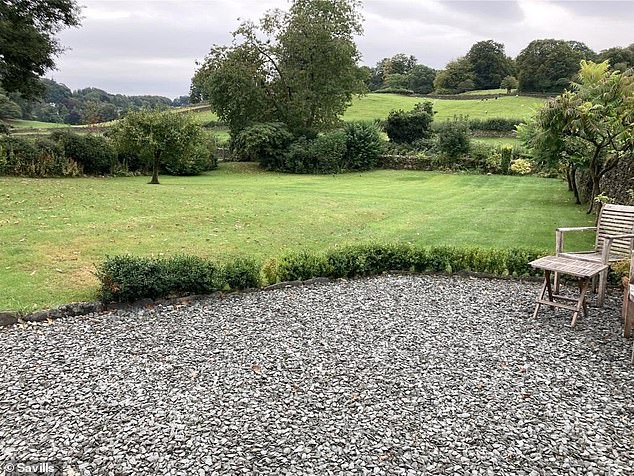 Picturesque location: The cottage has a large garden that is surrounded by fields

Castle Cottage was the main Lake District home of Beatrix Potter following her marriage to William Heelis in 1913.

During the author’s time at Castle Cottage, she designed an extension with French windows onto the garden and a first floor sitting room with a large bay window, where she could enjoy the Lakeland views.

The cottage has five bedrooms, two of which are en-suite. There is also a kitchen, a living room with doors out to the veranda and garden, and utility and boot rooms.

It enjoys south-facing views and provides easy access to some of the most picturesque locations in the Lake District National Park. 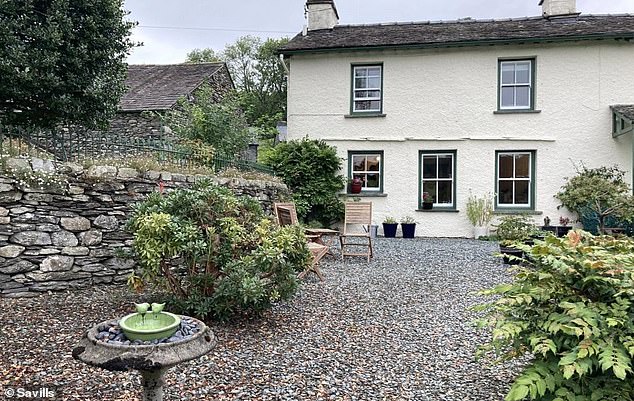 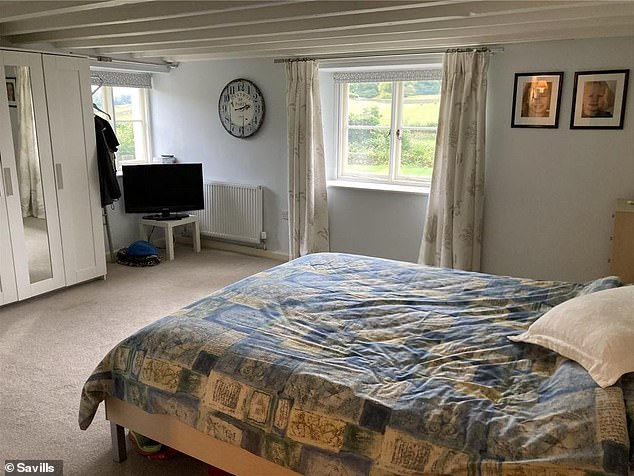 The family home has five bedrooms, two of which are en-suite – and is being rented out for an initial term of two years 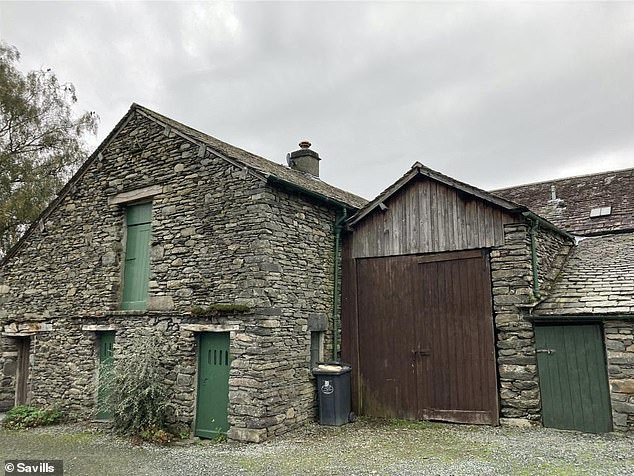 ‘Adjoining the house are extensive informal country gardens, which embody the character that inspired some of Beatrix Potter’s classic works.’

Beatrix Potter spent her holidays in Scotland and the Lake District when she was growing up, developing a love of landscape, plants and animals.

In 1902, while in her thirties, Beatrix Potter self-published the highly successful children’s book The Tale of Peter Rabbit. Following this, she began writing and illustrating children’s books full-time.

She purchased Hill Top Farm in Near Sawrey in 1905 and in the following decades she purchased additional farms to preserve the unique landscape. In 1913, at the age of 47, she married Heelis, a respected local solicitor.

She continued with her books until after the First World War, when her energy was increasingly focused on her farming, sheep-breeding and land conservation.

David Towler, National Trust estate manager said: ‘Castle Cottage is a significant part of Lake District history, set in the surroundings that inspired some of Beatrix Potter’s most beloved tales but also her love of the landscape and desire to protect it.

‘Thanks to our members, supporters, volunteers and tenants, we are able to continue her work looking after over twenty per cent of the Lake District National Park for years to come.’