A former Leicester City football star is swapping the touchline for the line of duty after hanging up his boots to become a police officer.

Tommy Wright, 35, will be treading the beat in his home town, where he remains a cult hero for scoring Leicester’s winning goal against arch rivals Nottingham Forest in 2003, after signing up as a student officer with Leicestershire Police.

The striker, who also represented England at under-19 and 20 level, had been managing the education programme for Mansfield Town F.C this summer when he spotted a job advert to become a trainee officer and decided to apply.

Leicestershire Police said Wright’s ‘life skills and experience’ were ‘favourable qualities’ which helped land him the job with the force.

Former Leicester City football star Tommy Wright, 35, will be treading the beat in his home town after signing up as a student officer with Leicestershire Police 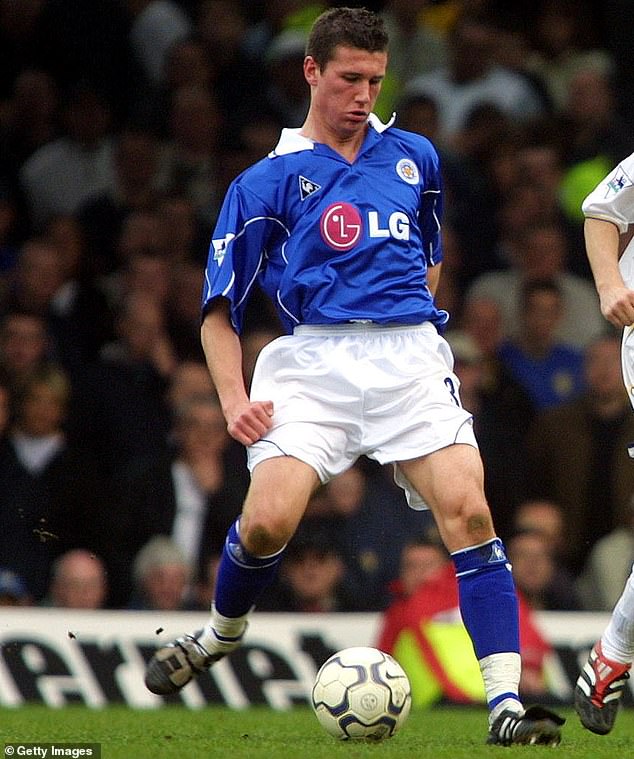 The striker (playing for Leicester City), who became a cult hero for scoring Leicester’s winning goal against arch rivals Nottingham Forest in 2003, had been managing the education programme for Mansfield Town F.C when he spotted a job advert for the police officer role

Speaking about his career move Wright, of Kirby Muxloe, Leicestershire, said: ‘I worked in football for 20 years and every part of it was a dream come true.

‘I feel very fortunate to have been involved in it as a player, a coach and a manager which was something I had always wanted to achieve.

‘I have always worked as part of a team, and that along with communication skills and people management, have set me on the right path to become a police officer.

‘I was coaching at Mansfield Town when my wife came across the police officer recruitment advert, it caught my eye because, even though I loved being involved in football, I instantly knew this was what I wanted to do next.

‘I felt like I had achieved everything I set out to do within football and once the process started to become an officer and I progressed through each stage I grew more and more excited about the prospect of joining the police.

‘I had wanted to try something new for a while but I needed something that was rewarding, that would challenge me and provide me with a role that my friends and family would be proud of.

‘I was lucky enough to represent my hometown by playing for Leicester City and to now be given the opportunity to represent Leicestershire Police is something that I am immensely proud of.

‘In one way it’s like starting again, I’ve got a lot of experience to gain but also a lot to share.’ 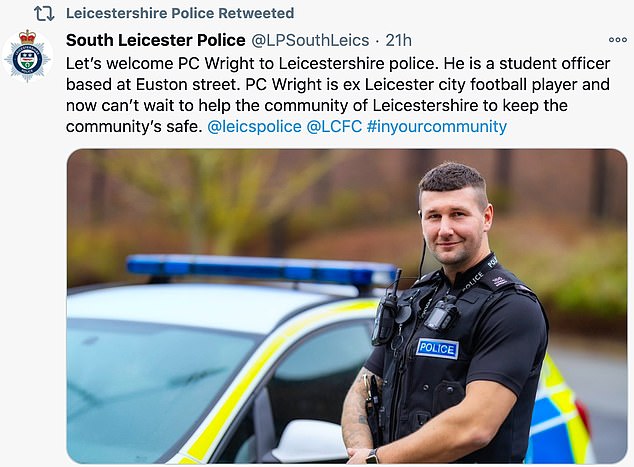 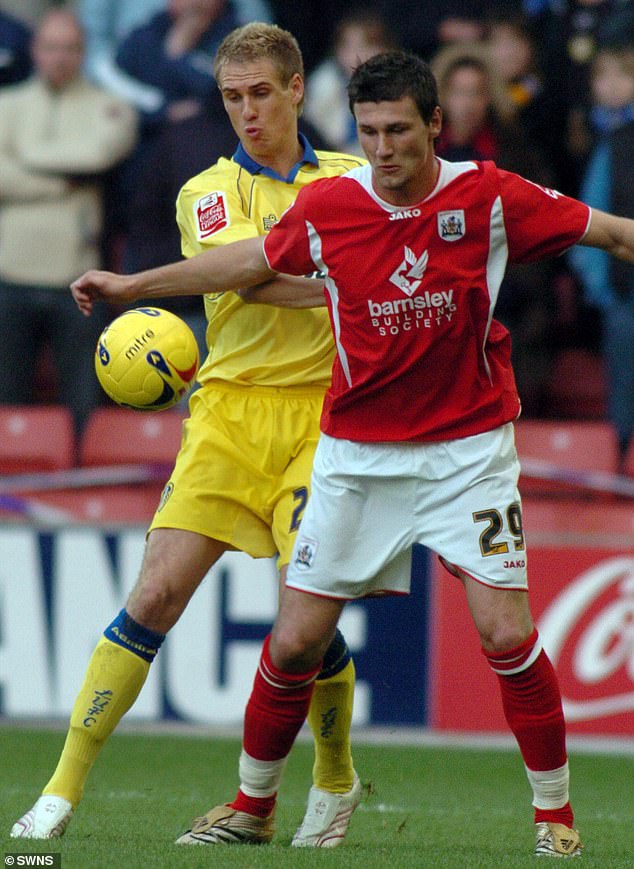 The football star (pictured playing for Barnsley) made his debut for Leicester City before going to play for Barnsley, Brentford, Blackpool and Aberdeen

Wright, who was capped 15 times by his country at the European Championships and the FIFA World Championships, made his debut for Leicester City in the Premier League in 2002 aged 17 – just six months after leaving school-  in a match against Leeds United.

The following season he scored the winning goal against Nottingham Forest in a 1-0 victory in the East Midlands Derby on April 8, 2003.

He helped Leicester City to the Premier League in the 2002-2003 season before going on to play for Barnsley, Brentford, Blackpool and Aberdeen.

The football star also played for Walsall, Grimsby, Kidderminster, Luton Town and Darlington where he won the FA Trophy final at Wembley in 2011 in front of 60,000 fans.

As a youth player the striker was described as ‘one to watch’ by BBC Sport’s Phil McNulty before he went on to play over 250 professional games during an 11 year career.

He scored 61 goals in a career which spanned all four of England’s top flight divisions.

Wright also enjoyed a spell as a manager and coach, winning the Southern Premier with Corby Town during the 2014-15 season.

He later took the reins at Nuneaton Town as player and coach before moving to Darlington, Stratford Town and later Mansfield Town.