‘F***ing hell Jerzy, how DID you make that save?’: Former Liverpool goalkeeper Dudek reveals what Andriy Shevchenko said to him after THAT sensational stop during epic Champions League final in Istanbul on this day 15 years ago

Jerzy Dudek became a Liverpool hero on this day 15 years ago as the Reds produced a historic comeback to beat AC Milan in the 2005 Champions League final.

The goalkeeper was the hero in the eventual penalty shoot-out but he is also remembered for an astonishing double save that kept his side in the game during extra-time.

After Steven Gerrard, Vladimir Smicer and Xabi Alonso clawed back a three-goal deficit in 90 minutes, Milan had a chance to win it before penalties. 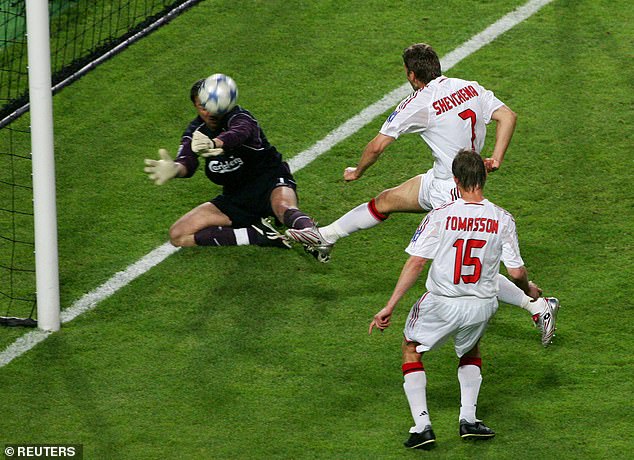 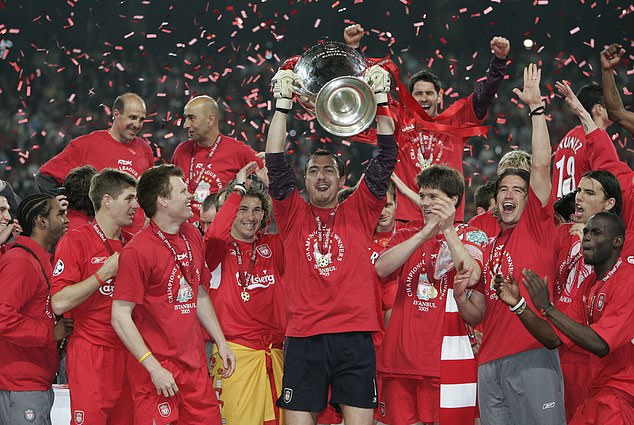 A cross came in from Serginho on the left wing and picked out Andriy Shevchenko in the box. Dudek produced a great save to keep out the Ukrainian’s header but made an even better stop to prevent him converting the rebound.

The ‘keeper spoke to Goal about his memories from the match and how the striker could not believe he did not end up being the match-winner.

‘It took Andriy Shevchenko two years to pluck up the courage and ask me,’ he said. 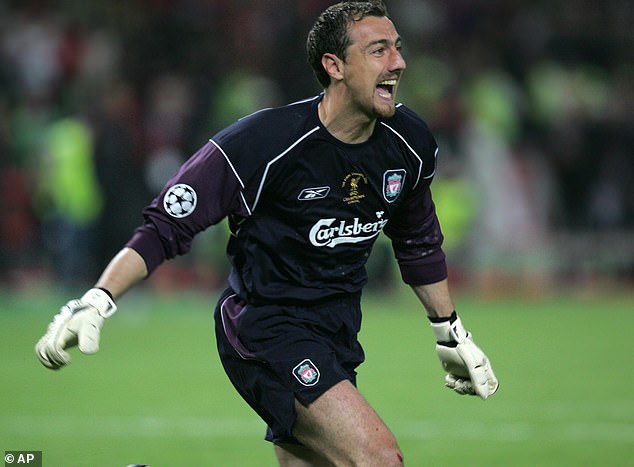 ‘We were in Cardiff, working together as part of the joint bid of Poland and Ukraine to host Euro 2012. We had got to know each other quite well during the campaign, and that day Sheva finally popped the question.

‘I smiled at him. “Don’t worry, mate,” I told him. “You had your five minutes against Juventus in 2003, and I had my five minutes in Istanbul!”

‘The truth is, I can’t explain how I saved it. It is one of those split-second things, where you rely on instinct, reflexes and, of course, a little bit of luck as well.

‘Do you know, for a long time after the final I thought that the initial header was from Jon Dahl Tomasson? I knew there had been two Milan players free in the box, but after that it was just a blur. 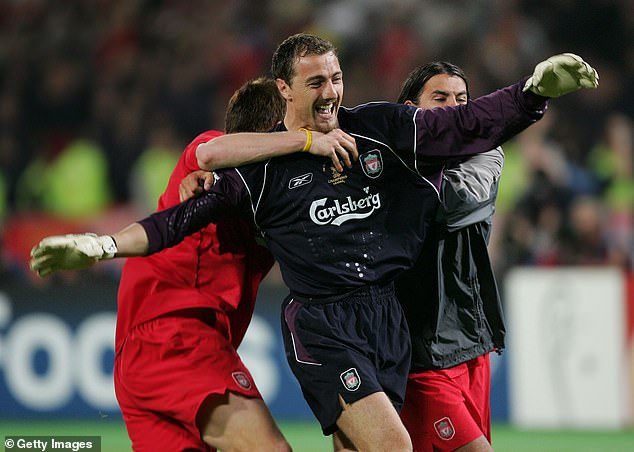 ‘When I watched it back, I saw that Sheva had headed the first ball and then the rebound, and I think that was what gave me the chance to save it.

‘He wanted to put all the power into it, and I was able just to get my hands in the way. I never saw a ball fly so high in the air, and when it landed on the roof of the net, I said to myself, “F*ck me, we needed that!”‘

The Polish international went on to cause more heartbreak for Shevchenko when he claimed victory for Rafa Benitez’s side by saving his penalty in the shoot-out. 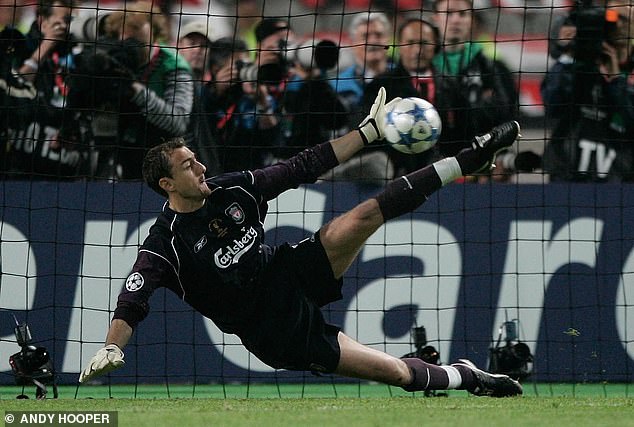