Former lover of Brazilian mum is charged with stabbing murder at her home in Oatlands, Sydney

Former lover of mum, 33, is charged with her murder after allegedly breaking into her home, lying in wait and stabbing her in the chest when she walked in with her new boyfriend

Daiane Pelegrini, 33, was allegedly stabbed to death by her former lover David Tran, 25, at her home in Oatlands in Sydney’s northwest

The former lover of a Brazilian mum has been charged with her murder after allegedly breaking into her house, lying in wait and then stabbing her to death.

David Tran, 25, allegedly climbed up the balcony of Daiane Pelegrini’s apartment in Oatlands in Sydney’s north-west on Monday afternoon.

He waited for Ms Pelegrini, 33, and stabbed her in the chest when she arrived home with her new boyfriend, police will allege.

Ms Pelegrini’s 25-year-old partner told police the attacker attempted to stab him but he managed to flee and called for help, The Sydney Morning Herald reported.

The mother-of-one was found by emergency services with multiple stab wounds inside her unit at 4.50pm.

She was rushed to Westmead Hospital where she later died.

Police said Ms Pelegrini had a short-lived affair with Tran but broke off their relationship earlier this year.

Tran was arrested at the scene and taken to hospital to undergo a mental health assessment.

He was charged with Ms Pelegrini’s alleged murder at Granville Police Station on Tuesday night. 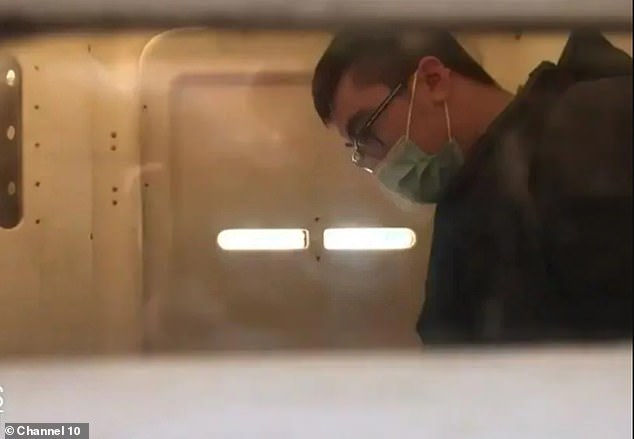 David Tran (pictured after being arrested), 25, allegedly climbed up the balcony of Brazilian Daiane Pelegrini’s home before stabbing her in the chest when she walked in 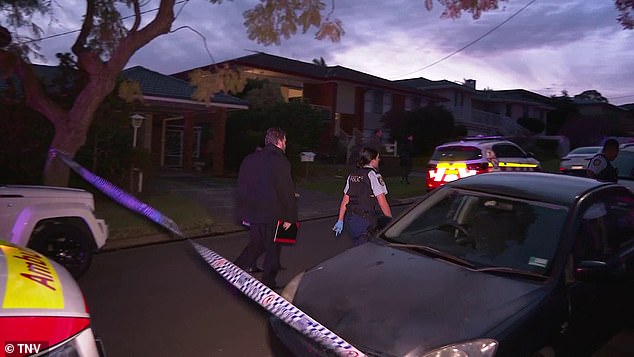 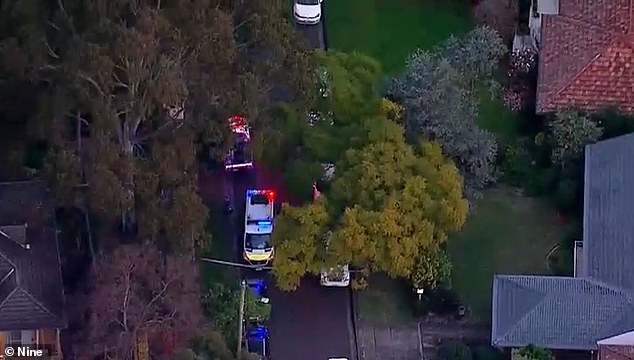 Multiple emergency crews were called to a street in Oatlands on Monday night, where the mother was allegedly stabbed multiple times

The 25-year-old was also charged with the use of a carriage service to menace, harass and offend, entering a dwelling with intent, and assault occasioning actual bodily harm.

He was refused bail and will appear at Parramatta Local Court on Wednesday.

Police allege Tran sent threatening messages to the young mother before she died.

Ms Pelegrini had recently broken up with her husband who had migrated with her from their native Brazil in 2016.

The couple shared a daughter, eight, who was with her father at the time of her mother’s alleged murder.

Ms Pelegrini had been studying nursing part time at the University of Western Sydney.

She worked at aged care facility The Residential Gardens in nearby Rooty Hill.

‘She was a really good mother, she was the best mum and would do anything for her daughter,’ he told Nine News.

‘We are devastated, we have a good family in Brazil and my daughter doesn’t want to leave Australia and her friends. 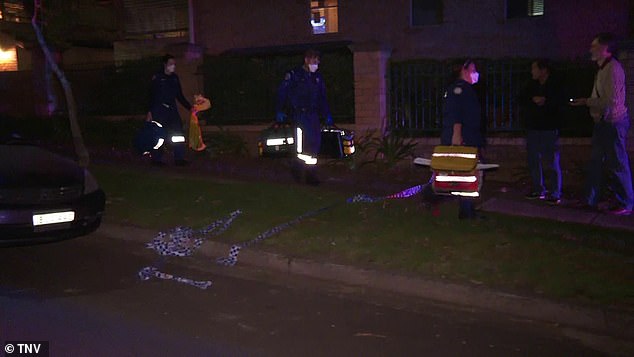 Four ambulance crews attended the critical scene in Oatlands, along with CareFlight

‘She is a nice person. Her mum passed away two years ago and it was really hard for her, she has been struggling. When she lost her mum, it was like half of her life.’

Ms Pelegrini’s neighbour Nigel said she had lived with children and several other adults in what appeared to be a ‘normal family’.

‘They seemed normal, nothing out of the ordinary. We only met them once or twice but never heard screaming or anything much from them.’