By Steve Zemek For Nca Newswire

Former Manly Sea Eagles star Manase Fainu has been jailed for at least four years and three months after he was found guilty of stabbing a youth leader during a violent and bloody brawl outside a Mormon church dance in 2019.

Fainu learned his fate on Friday inside the Parramatta District Court as he was sentenced by Judge Nanette Williams.

Once considered one of rugby league’s brightest prospects, his career is almost certainly over having not played since his arrest in October, 2019.

His lawyers have flagged their intention to appeal the sentence.

A jury earlier this year took just a few hours to find Fainu, 24, guilty of one count of wounding a person with intent to cause grievous bodily harm. 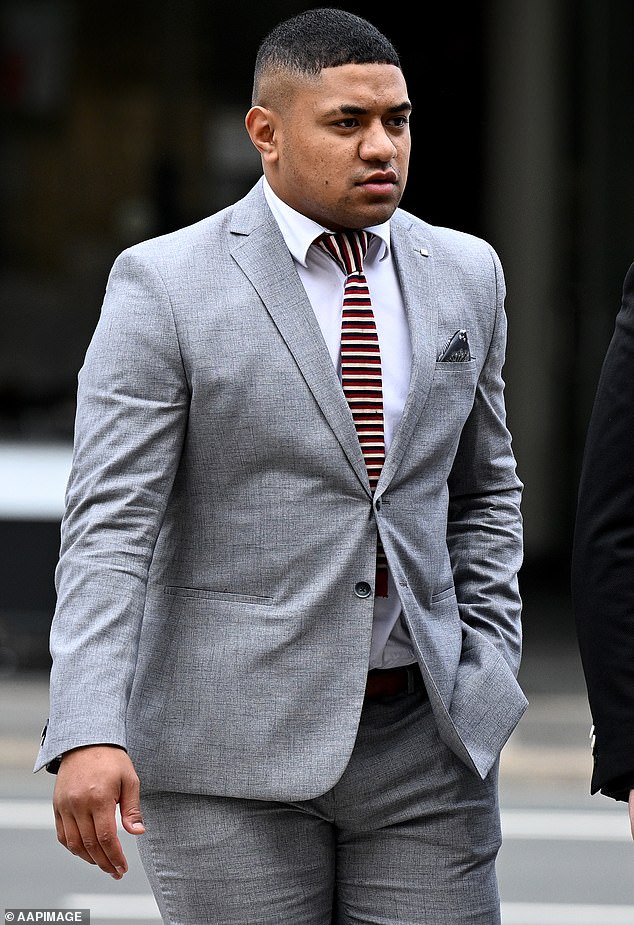 He pleaded not guilty at trial, but a jury found Fainu had plunged a steak knife into the back of Faamanu Levi at the Church of Jesus Christ of Latter-day Saints at Wattle Grove in Sydney’s south-west, on October 25, 2019.

The maximum penalty for the charge is 25 years in prison.

On Friday, Judge Williams sentenced Fainu to eight years in jail with a non-parole period of four years and three months.

With time served, he will be eligible for release in October 2026.

Fainu’s solicitor Paul McGirr previously said the ‘wheels are in motion’ for an appeal.

The jury accepted the Crown prosecution’s argument that Fainu stabbed Mr Levi in the back near his shoulder blade during the brawl, which also involved four of his mates against another group of men. 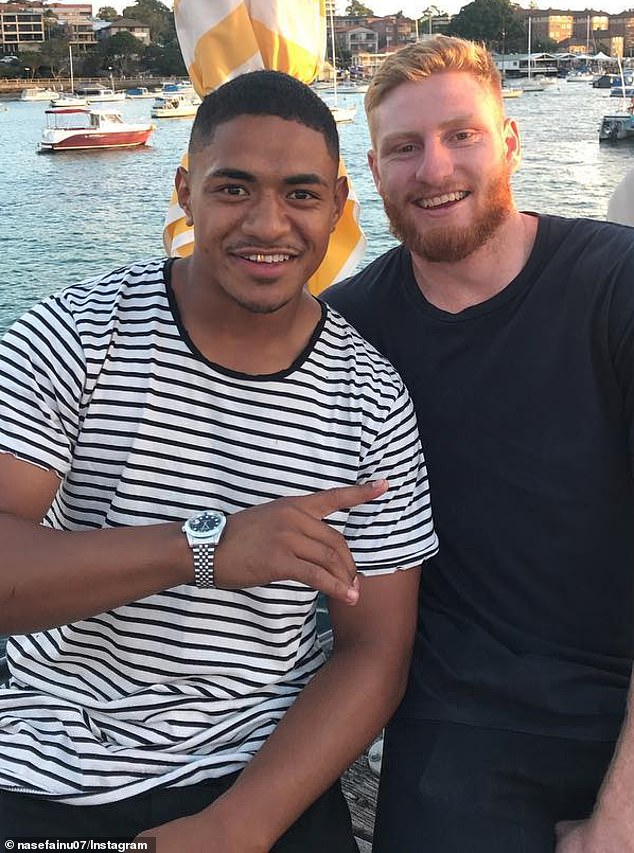 Fainu’s sporting career is now almost certainly over given he hasn’t played at NRL level since his 2019 arrest (pictured, with Manly star Brad Parker)

‘The offender, who was observed to have an angry look on his face, used the steak knife and plunged it into the victim,’ Judge Williams recounted from Mr Quach’s testimony.

The former NRL star then slashed the knife in an upward motion towards the victim’s face to cause a deep cut above his eyebrow, the court also heard.

Mr Quach testified he saw Fainu had one arm in a sling while the other hand held the steak knife which he used to stab Mr Levi in the church parking lot.

The court was told earlier in the evening, two of Fainu’s friends – including Uona ‘Big Buck’ Faingaa – were involved in an altercation on the church hall dance floor and were escorted out.

Fainu said he voluntarily left the church grounds, apologising to the security guard on his way out the gate.

CCTV footage played during the trial showed Fainu and four of his mates pulling up in an adjoining Coles car park and jumping back into the church grounds. 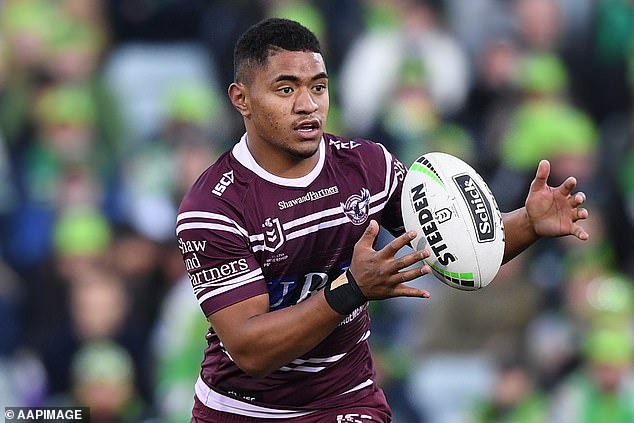 The footage showed Fainu and his friends using a fire hydrant to boost themselves over a tall brick wall into the parking lot.

Fainu climbed the fence – despite having his arm in a sling and telling the jury that he could have walked back in the front gate.

Mr Fainu testified that he went to the dance to help one of his friends, Uona ‘Big Buck’ Faingaa, collect money he was owed by a man for a concreting job.

He gave evidence that he had told his friends he would go inside to collect Mr Faingaa’s money by himself, but they followed him over the fence before the brawl erupted a short time later.

The jury ultimately accepted the prosecution’s version of events that Fainu had ended the brawl when he stabbed Mr Levi.

In a letter to the court, the victim explained the brutal attack had changed his life forever.

‘The events of this night will stay with me my whole life,’ Levi wrote.

‘I now find myself guarded and scared. The fact that this attack took place at a church event … made me realise nowhere is safe.’