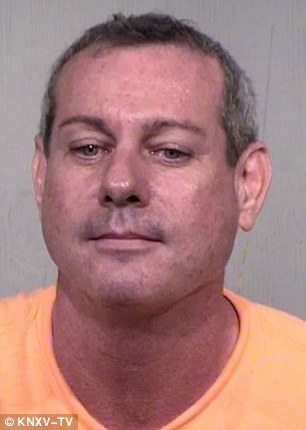 Jeffrey Metcalf, a former Marine, was arrested after more than 40 bombs were found inside his home

A former Marine arrested earlier this week after 40 pipe bombs were found in his Arizona home reportedly said he spent the past four years making them because of his wife’s fear of the government collapsing.

Arizona state police initially pulled Jeffrey Metcalf, 51, over for a traffic stop on Wednesday when they found bomb-making components in his vehicle, according to a press release.

Metcalf admitted to authorities that he had pipe bombs at his home and he had planned to throw them in a body of water.

Authorities obtained a search warrant of Metcalf’s Mesa home and found 42 bombs inside, along with material for an additional 30 bombs.

The devices all contained shrapnel, which gives them an ‘enhanced lethality’. Investigators believe the bombs were made by Metcalf. 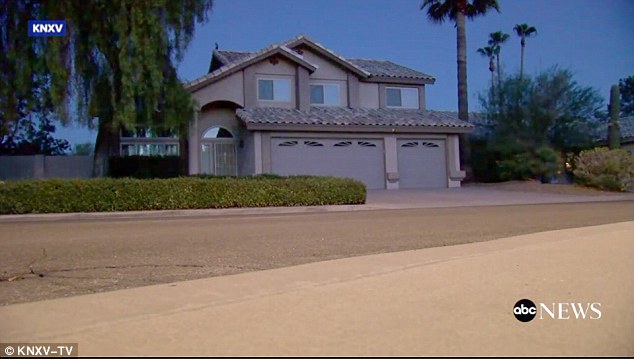 Police obtained a search warrant to check Metcalf’s Mesa, Arizona home after bomb-making material was found in his vehicle during a traffic stop

According to ABC News, Metcalf allegedly told police that he spent the spent the past four years making the bombs because his wife had concerns about the government’s collapsing.

‘This situation could’ve had tragic consequences had it not been for the excellent work of DPS detectives, our counterparts at Phoenix and Mesa Police along with ATF. The investigation was yet another shining example of the unparalleled cooperation we enjoy in Arizona between local, state and federal law enforcement agencies’, said Colonel Frank Milstead, Director of the Arizona Department of Public Safety.

It took eight bomb technicians three hours to remove the explosives from the home and another three before they were disarmed. Authorities had to evacuate homes in the nearby area so they could safely remove the bombs. 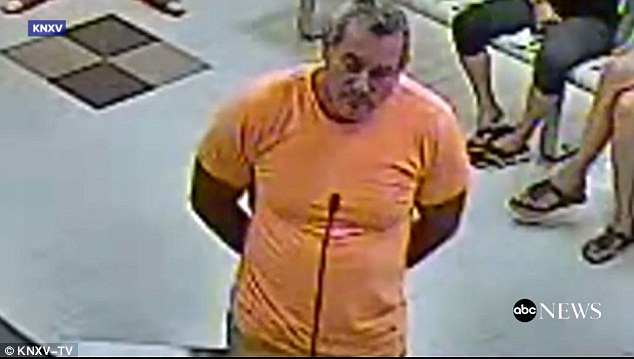 One neighbor told KNXV that Metcalf suffers from post-traumatic stress disorder from his time in the military.

‘He was pretty open that he had PTSD and that’s why he was separated from the military,’ the neighbor said. ‘You don’t make bombs just for the practice, no, he obviously had something in mind to use them for.’