A man who was raised within the confines of one of Australia’s most insidious cults has spoken out about the emotional and physical torture he endured.

Ben Shenton was one of 28 children who was isolated at the Lake Eildon property in Victoria where notorious, charismatic and delusional Anne Hamilton-Byrne convinced upwards of 500 people she was the reincarnation of Jesus Christ.

Mr Shenton was 15 years old when more than 100 police officers surrounded the sect and freed the children inside.

He told news.com.au it took him years to come to terms with his childhood.

He was subjected to beatings, mind games and regular doses of LSD, unregulated cocktails of antipsychotics, and antidepressants.

Ben Shenton (circled) was one of 28 children who were isolated at the Lake Eildon property in Victoria where notorious, charismatic and delusional Anne Hamilton-Byrne convinced upwards of 500 people she was the reincarnation of Jesus Christ 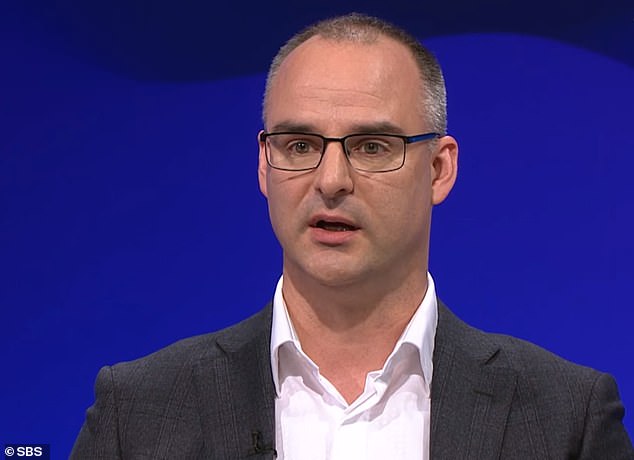 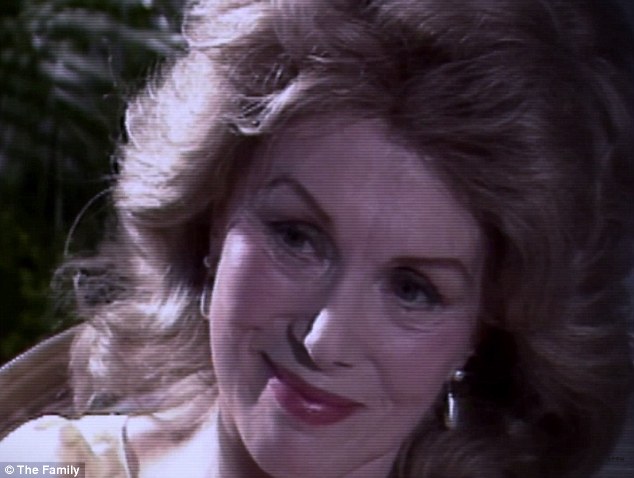 Anne Hamilton-Byrne (pictured) was the glamorous, charismatic and delusional leader of the notorious Australian sect dubbed The Family

At the time, he could never quite put a finger on what he was missing.

He had been a member of the cult since he was 18 months old.

Despite not knowing any other lifestyle, Mr Shelton spent his childhood reading about world history and came to the conclusion that his life was not normal.

At age 10, he and some of the other children began secretly referring to their home as a ‘concentration camp’. 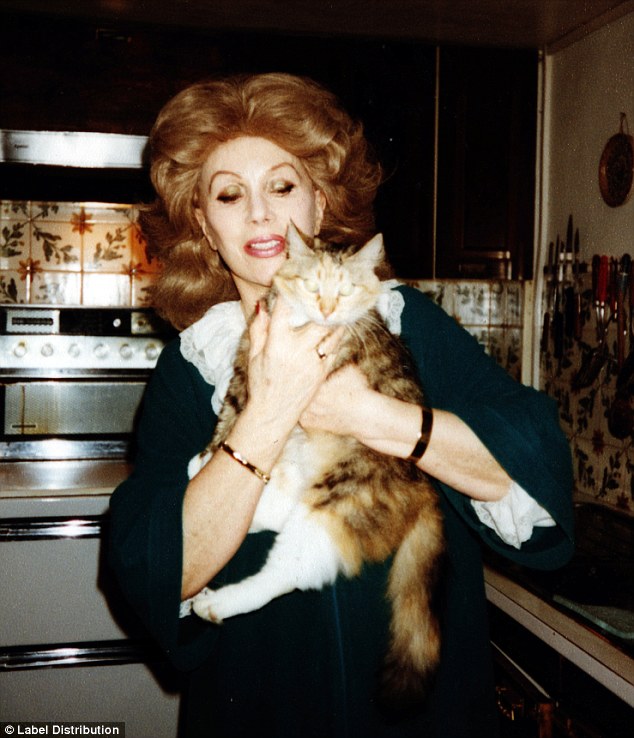 Hamilton-Byrne convinced herself and up to 500 followers she was the reincarnation of Jesus Christ. Here she is seen with her cat, Tiffany

Children were turned against one another and separated if they ever appeared to be getting too close, or too friendly.

But Mr Shelton said he rarely had the opportunity to get closer with the children, because he quickly learned the best way to avoid physical torture and punishment was to dob on others.

‘I seriously considered how to end the daily torment and abject failure that I was,’ he said.

Members of the cult were subject to a ‘unseen, unheard, unknown’ mantra, in which the outside world was to be avoided at all costs. 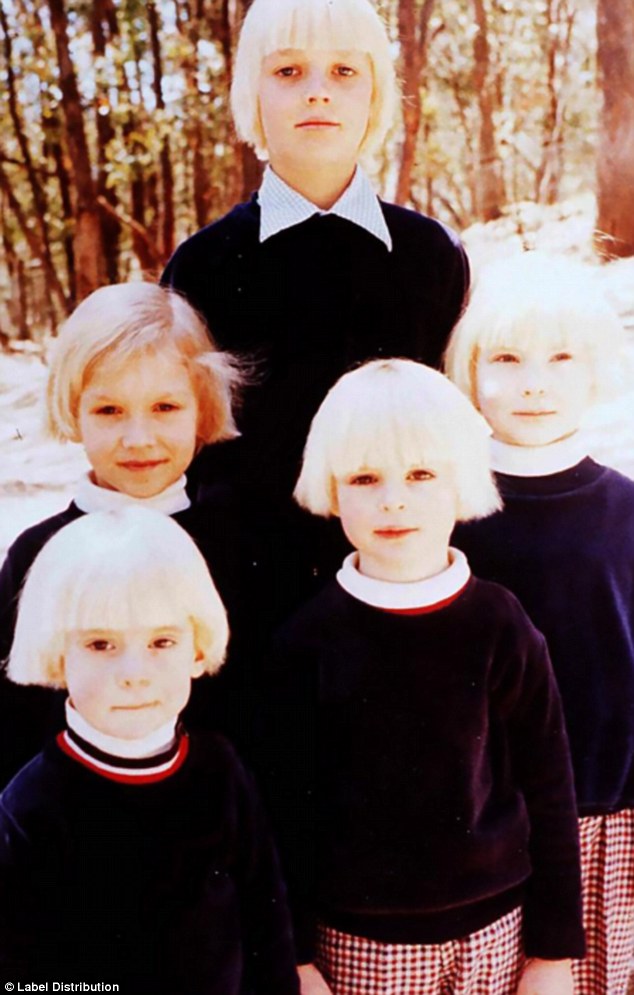 Children pose for a photo, identically dressed with bleached blonde hair shaped into the same bob 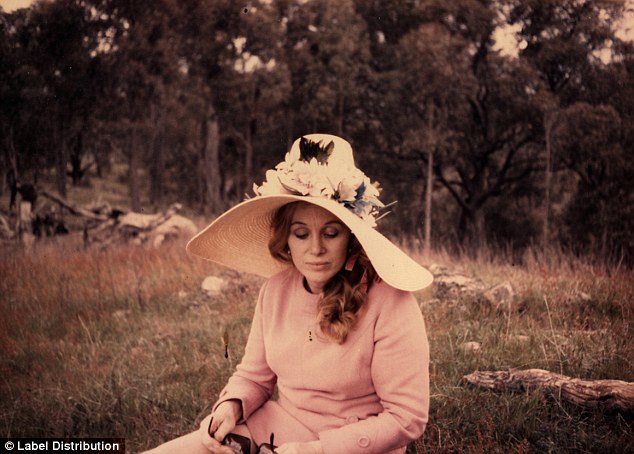 They weren’t allowed to leave the confines of the compound without a chaperone and extreme measures were taken to protect member’s privacy.

Everything that was done, Mr Shelton said, was done with the belief that Hamilton-Byrne was communicating with higher beings and was the Messiah.

One of the very few female cult leaders, Hamilton-Byrne convinced herself as well as her 500 followers she was the reincarnation of Jesus Christ.

Under the influence of LSD, Hamilton-Byrne believed an apocalyptic war was imminent and that she had a duty to collect children from birth in preparation for a new world. 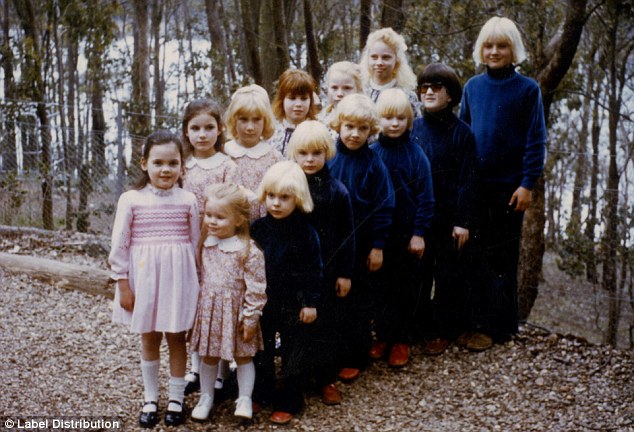 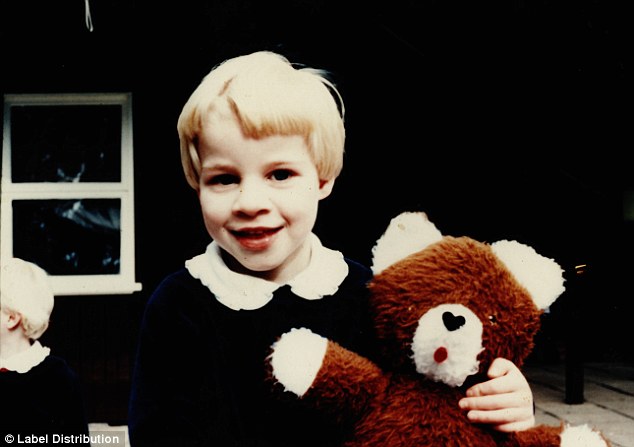 She gathered young boys and girls and raised them as her own on a property in Lake Eildon in central Victoria in the 1970s and 1980s.

Some children were obtained through questionable adoptions, others were born to cult members and some were even handed over by compliant sect parents.

The identically dressed children, with bleached blonde hair shaped into the same bob, were allegedly bashed, starved and injected with LSD by Hamilton-Byrne and other cult leaders in terrifying sect initiation rituals.

In a chilling interview, she describes her twisted affection for ‘her children.’ 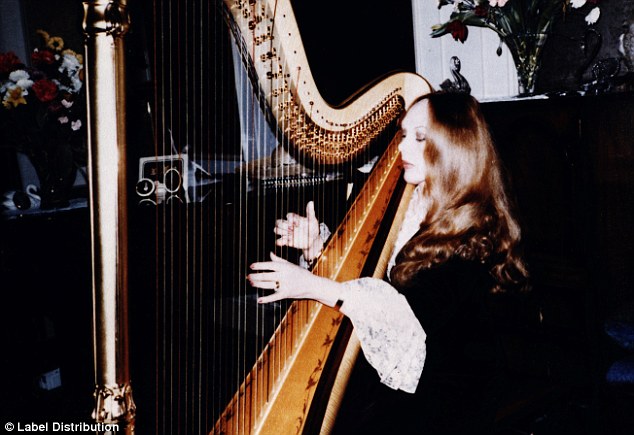 ‘I wanted them to look like brothers and sisters – I must admit this,’ Hamilton-Byrne said of the children. Here she is seen playing the harp

‘I wanted them to look like brothers and sisters – I must admit this,’ she said.

‘I loved them in their little smocks and jeans and the long hair and ribbons. It was beautiful – it was lovely to see.’

Asked why she imprisoned 28 children over two decades, she responded: ‘I love children.’

Born as Evelyn Edwards in Sale in rural Victoria in 1921, Hamilton-Byrne barely knew her father and her mother was mentally ill.

She was a yoga teacher when she met highly-respected English physicist Dr Raynor Johnson in 1963. 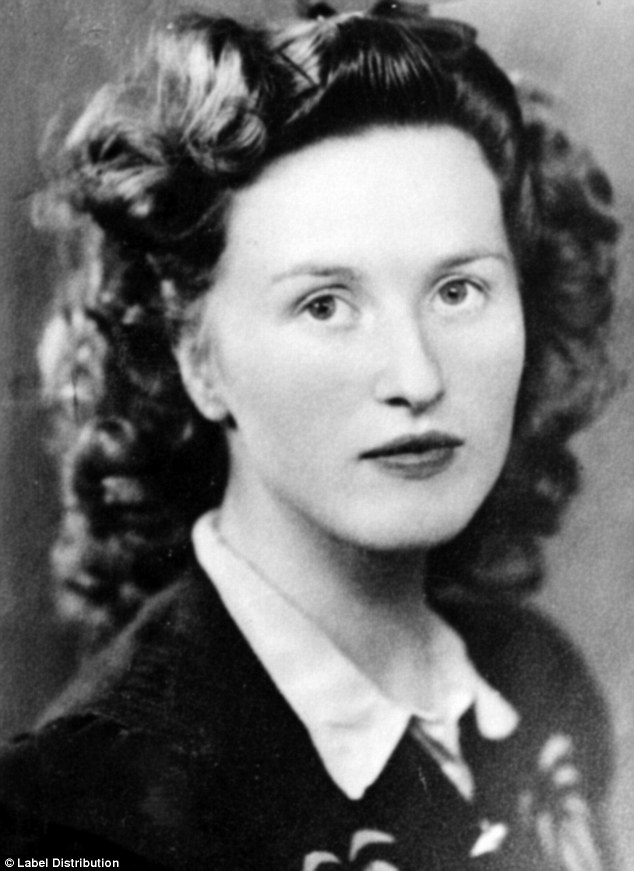 Here she is pictured as a teenage in the 1930s. She would later become the leader of Australia’s most notorious cult 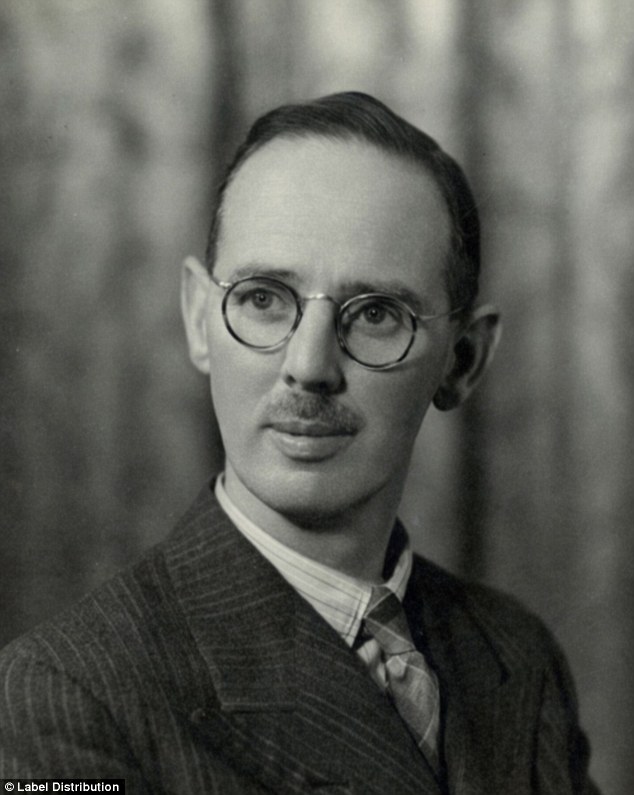 Hamilton-Byrne was a yoga teacher when she met highly-respected English physicist Dr Raynor Johnson (pictured) in 1963. Together they founded the sect and began to ‘adopt’ and acquire children

Together they founded the sect and began to ‘adopt’ and acquire children to create a ‘master race’ while teaching a mixture of Christianity and Hinduism.

In total, 28 children spent time at the Eildon property, 14 of which Hamilton-Byrne and her husband Bill were thought to be biological parents.

Former Lake Eildon children give harrowing descriptions of their traumatic ordeal in the upcoming film.

They open up about being forced to take drugs and recall violent physical and sexual assaults.

Holding back tears, Mr Shenton previously relived the moment he witnessed Hamilton-Byrne’s ‘favourite daughter’ being beaten to a pulp.

‘Sarah was thrashed,’ he says, holding back tears.

‘I was watching her being belted with a buckle and she’s being beaten to the point where she’s wriggling out of her clothes. 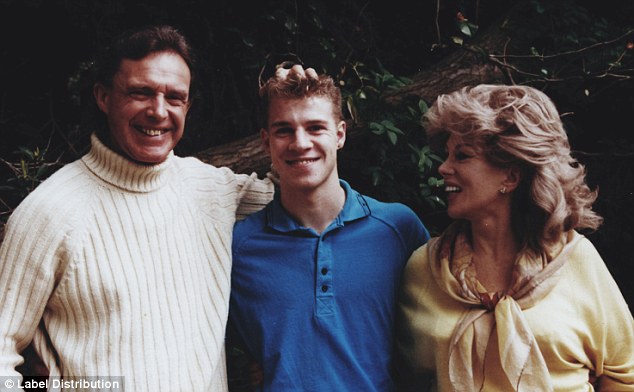 ‘Hearing her body smash across the balustrades – it was horrendous to know they had the power to do that and would it.’

It wasn’t until Victorian Detective Lex de Man learned that children as young as 13 had been injected with LSD that a task force to investigate the sect was established.

In 1987, authorities dramatically rescued six traumatised children from the sect property after two managed to escape and alert police.

Because of legal complexities, Hamilton-Byrne and her husband were only ever convicted of fraud offences to do with forged birth certificates.

Hamilton-Byrne is now 97 living in a Melbourne nursing home with dementia.

‘My only regret is she was never held totally to account for the misery she caused to the former cult children,’ detective de Man recently told The Age.

‘I have no sympathy for the woman I consider the most evil person I ever met in my police career.’ 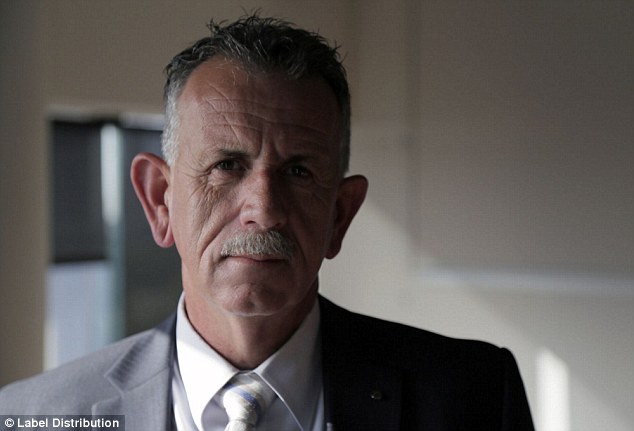 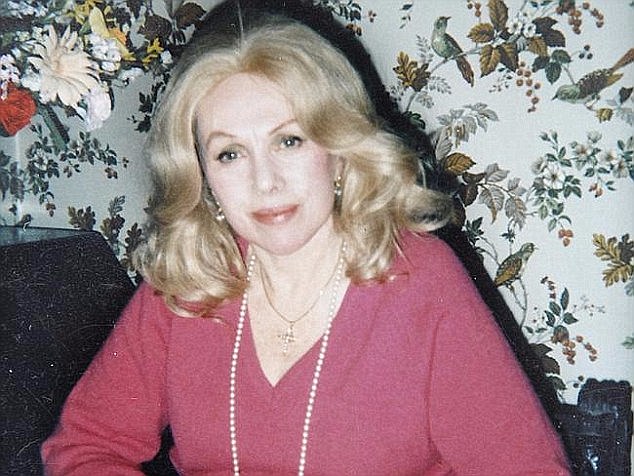 Because of legal complexities, Hamilton-Byrne was only ever convicted of fraud offences to do with forged birth certificates 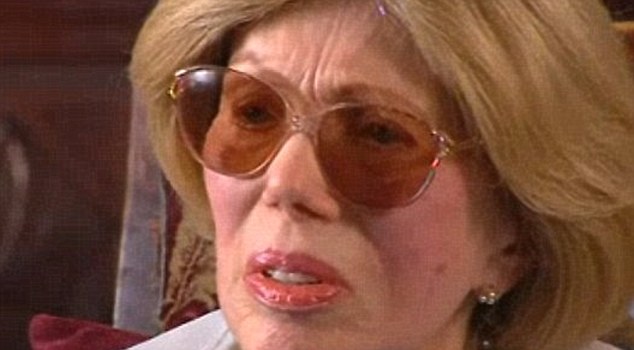