Former NASA astronaut Nicole Stott will star in Olay’s empowering beauty campaign set to air for the Super Bowl, as she speaks about the importance for all industries to #MakeSpaceForWomen.

Stott, 57, is an engineer and former NASA astronaut who worked with the organization for 27 years before retiring in 2015. But she hasn’t completely hung up her spacesuit.

Instead, Stott suited up in Olay’s #MakeSpaceForWomen campaign to film a commercial that encourages diminishing the gap between women and men in the workforce — while starring alongside other strong women like comedian Lilly Singh and actress Busy Philipps. 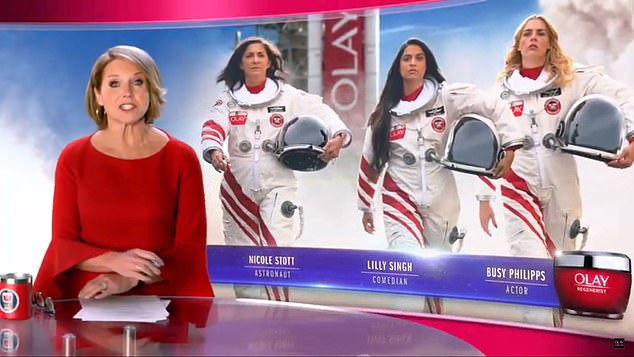 Empowering: She is joined in the campaign with comedian Lilly Singh, actress Busy Philipps, and TV personality Katie Couric as they lead an all-women space mission

The campaign, which shows an all-female space mission, works to raise awareness of the gap between genders in different industries, specifically science and technology.

When speaking to DailyMail.com, Stott confessed she never saw herself starring in a beauty campaign. But now she wants to use the added platform to inspire and empower other young women.

‘I am thankful for [the brand] reaching out to me,’ Stott said about the commercial.

‘I hope that when [viewers] see me in it, they recognize that this is a real astronaut in the game…it makes these opportunities real to them, regardless of what they want to pursue in their life.’ 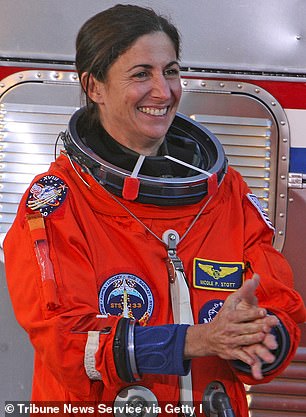 ‘I hope that when [viewers] see me in it, they recognize that this is a real astronaut in the game…it makes these opportunities real to them,’ Stott (pictured in 2010) said about the beauty campaign

Stott said she thought her industry, in particular, has made great strides in recent years to be more inclusive to women.

But this comes after Stott served as the only female crew member for all of her space missions.

‘I was the only woman…and thankfully I only had to think about it when someone asked me about it,’ she said. ‘I would’ve loved to have more women.’

She said the industry has grown more ‘progressive’ over time, with the NASA office now made up of 36 per cent women, according to Stott. But there is still work to be done.

‘I want us to not have to talk about how we have to deliberately encourage women anymore. I want it to be something that just happens,’ Stott said.

NASA experienced backlash last year when it was forced to postpone its first ever all-female spacewalk due to the spacesuits outfitted on the International Space Station (ISS) fit for that task.

At the time, people accused the organization of not being prepared to outfit its female astronauts for the historic mission, but it was later revealed not quite the case. NASA had multiple sizes available on the ISS but only two suits, one medium and one large, were equipped at the time to handle the spacewalk.

When asked about that moment, Stott said she was proud of the organization because the all-female spacewalk planned was not ‘forced’ to tackle a specific milestone, but instead because those two female astronauts were the ones suited for the job.

‘We had a mixed of crew members assigned…as the spacewalks were planned it was just distributed among the people there,’ she said. ‘NASA didn’t purposely send two women up.’ 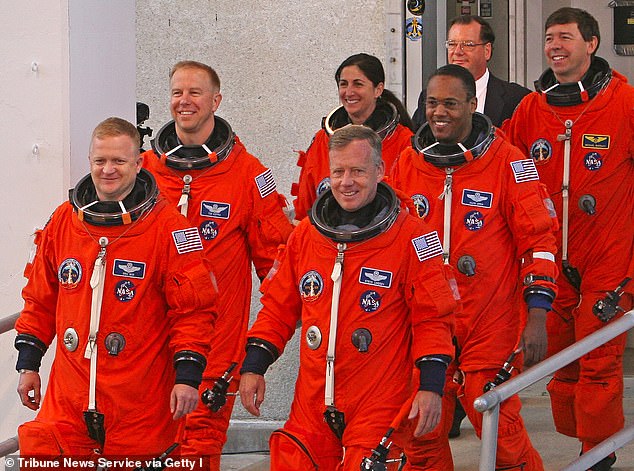 Her experience: Stott (pictured in 2010 with her crew) was the only woman on her space missions. More women are now in the program, but she hopes the diversity continues to grow 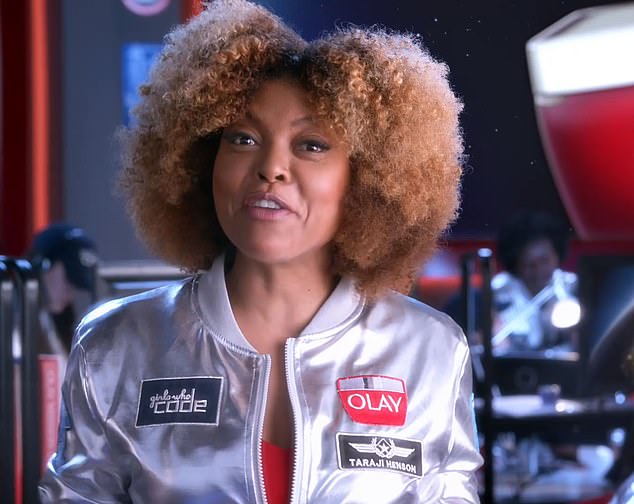 Joining the ranks: Actress Taraji P. Henson also is included in the empowering campaign as the mission control director for the all-female space mission 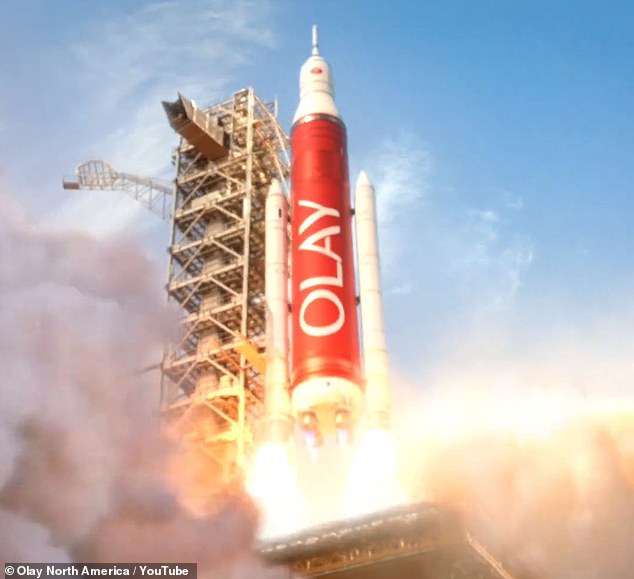 Making its mark: ‘It is beautifully done. It is fun, encouraging. All those things you want the messaging to be,’ Stott said about the new campaign

The all-female spacewalk eventually happened in October because of the astronauts up in space ready to handle the job.

‘Astronaut is astronaut. We train the crew the same,’ Stott said. ‘We didn’t have to force it. That is what I like to see in the industry as a whole. A really wonderful mix of humanity.’

Olay was inspired by the all-female spacewalk, so the brand decided to focus its current campaign around the moment in history. It brought in Stott, Singh, Philipps, TV anchor Katie Couric, and actress Taraji P. Henson to make its own female-driven mission.

‘I love that Olay chose a space mission with all women to spread this message of strength and empowerment,’ Stott said. 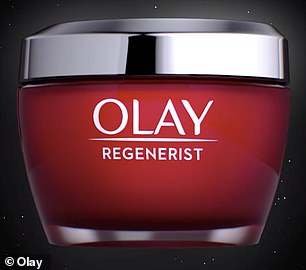 Giving back: Olay, which is promoting its Regenerist range in the ad, will donate one dollar up to $500,000 to Girls Who Code every time the #MakeSpaceForWomen hashtag is used

Men, women, boys, and girls will all get the opportunity to view the empowering commercial when it airs during the Super Bowl, and Stott had a few ideas of the messaging she hopes is portrayed across the screen.

‘I have a 17-year-old son, so I want him inspired by the same message,’ she said. ‘That he recognizes that anyone sitting around him should have that same opportunity. That is what this commercial will do.

‘It is beautifully done. It is fun, encouraging. All those things you want the messaging to be.’

Eric Rose, Associate Brand Director for Olay, further explained the company’s mission for focusing on gender gaps in the workforce during in the brand’s 30-second ad.

‘We recognize that many industries have yet to reach gender parity, which is why we’re using our Super Bowl ad to feature fearless women who have been trailblazers in their own industries as a way to inspire people everywhere to get involved and support Operation #MakeSpaceForWomen,’ he said.

In support of the brand’s mission to make more space for women in the science and technology fields, Olay is vowing to donate one dollar (up to $500,000) to Girls Who Code every time a user tags @OlaySkin and uses the #MakeSpaceForWomen hashtag.

The goal of the campaign is to help ‘enable the next generation of female scientists, engineers, programmers and space explorers to Face Anything.’