A former NASA astronaut has claimed that in decades to come, space tourism will become as common as travelling by airplane.

Steven Lee Smith, 61, from Phoenix, Arizona appeared on Lorraine today, where he claimed that space tourism will become a ‘normal thing’ with people ‘vacationing to the moon’ in the same way they would other continents.

He also said that NASA’s next mission, which will see the first female set foot on the moon, is just ‘a stopping point’ on the way to Mars and said that we will ‘absolutely’ see astronauts on in the planet in coming decades.

Former NASA astronaut Steven Lee Smith, 61, from Phoenix, Arizona appeared on Lorraine today where he claimed that in decades to come, space tourism will become as common as travelling by airplane 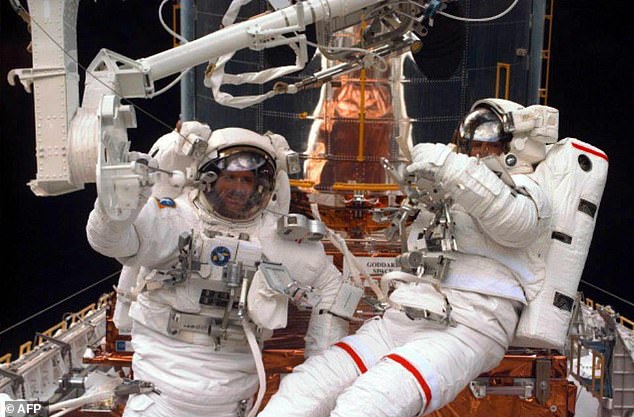 He said: ‘Absolutely, space tourism will be a normal thing in the decades ahead.

He admitted that similar to early airline travel, which had it’s first commercial flight in 1914, the price range will primarily be too high for the majority of people, but will soon decrease as space travel becomes commonplace.

Steven told: ‘I think the price range will be out of reach for many at the beginning,  just as airline travel was. 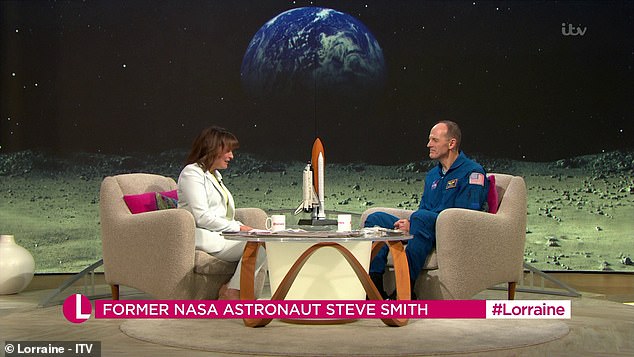 He admitted  to host Lorraine Kelly (left) that in the same way as airline travel, the price range will primarily be too high for the majority of people, but will soon decrease as space travel becomes commonplace

‘Airline travel was dangerous at the beginning and only for the select people, who could afford it.

‘Just like airline travel, space travel will be very common one day.

‘When they vacation, it will be – they can go to another continent on earth or to a space station or to the moon. That’s the way it’ll be in the future.’

NASA is set to send the first woman and next man to the surface on the Moon by 2024 in the Artemis mission, with plans for additional lunar missions once a year thereafter, and a human exploration of Mars set for the mid-2030s. 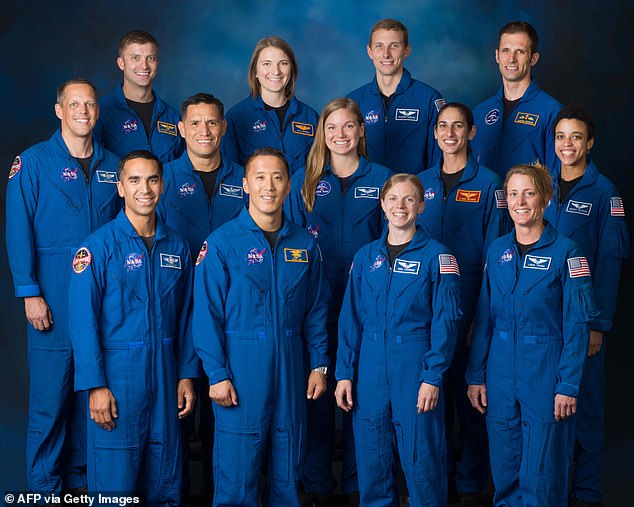 A group of 13 astronauts joined NASA under the mission that will bring the first female to the moon and some may be the first humans to step on Mars. 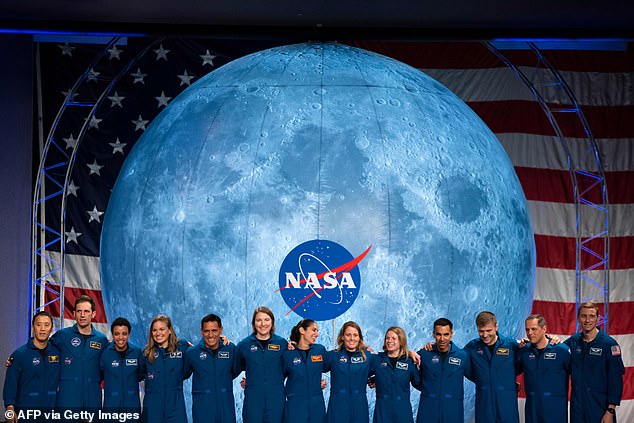 The 13 astronauts, 11 from NASA and 2 from CSA, are the first candidates to graduate under the Artemis program and will become eligible for spaceflight, including assignments to the International Space Station, Artemis missions to the Moon

Steven insisted it’ll be a ‘huge day’ when a woman finally sets foot on the moon, and told how in the future, big space missions will be’ international efforts’.

He told: ‘We’re trying to go back to the moon in the next four or five years, the hardware has been delivered and tested.

‘What’s exciting is that it will carry the first woman to the moon. It’ll be a huge day and for us, we won’t do it just by ourselves.

‘The big space programs in the future will be international efforts just like the space station, which the UK is part.

‘All these grand adventures will include many countries and the moon is just a stopping point on the way to Mars.’

Host Lorraine Kelly quizzed Steve: ‘Do you think we’re going to get to Mars?’

He continued: ‘We won’t be at Mars in five years, it’ll be decades, but we’ll be there.

‘I don’t know that we’ll ever have tens of thousands of people living there, but we’ll certainly have explorers and scientists there.’