A former Nazi bunker that was built using forced labour is set to be transformed into a hotel.

The St Pauli bunker in the German city of Hamburg will have a five-story hotel – with 136 rooms – built on top of it.

It is due to open in mid-2021 and will also boast a bar, a café and a restaurant.

The hotel is being designed by Spanish-based NH Hotel Group, which says that the property will be built in the shape of a pyramid.

It adds that one of the hotel’s most eye-catching features will be its ‘spectacular roof-top garden’, which will have panoramic views of the Elbphilharmonie concert hall.

The hotel group says there will also be a ‘meandering green walkway that will surround the bunker’.

The bunker, which was also known as Flakturm IV Hochbunker, was one of the largest to be built in Hamburg.

It was constructed in 1942 in just 300 days by prisoners of war and protected citizens from airstrikes. 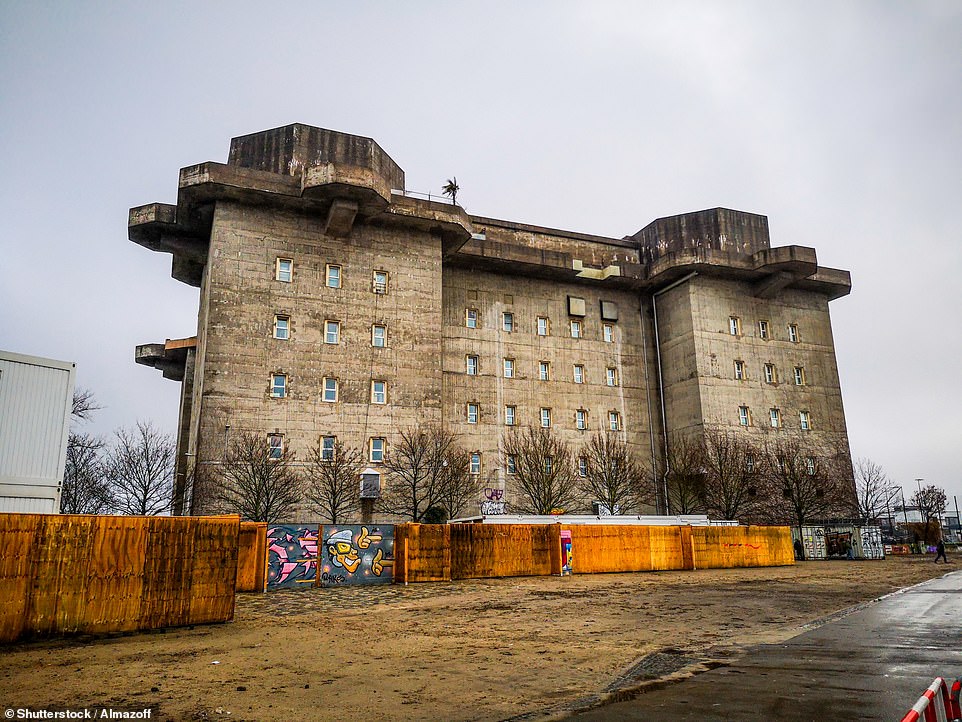 The bunker, built in 1942 and also known as Flakturm IV Hochbunker, was one of the largest to be built in Hamburg

It was built with an extra-wide entrance to accommodate mothers with prams and has walls that are 3.5 metres (11.5ft) thick.

After the war, there were plans to demolish the building but these were scrapped and it has remained a city landmark ever since.

Today it is a live music venue, has several nightclubs and has office space for artists and musicians.