‘At this difficult time the family have asked that their privacy be respected.’

Freddy Shepherd passed away peacefully at his home on Monday night, his family confirmed 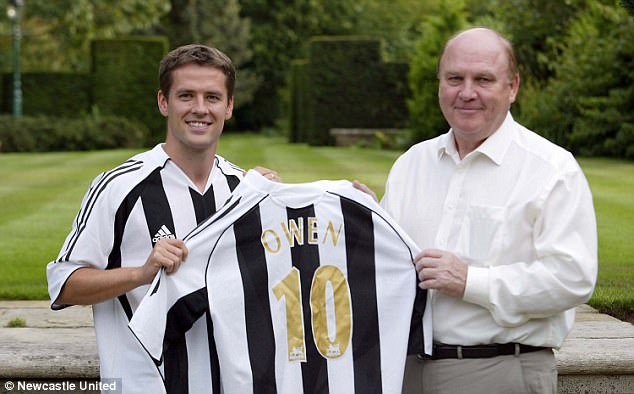 The 76-year-old is held in the highest regard at St James’ Park and was notably responsible for bringing Alan Shearer to the club in a world-record deal in 1996.

Tweeting of the news, the legendary striker wrote: ‘So sad to hear my great friend and former @NUFC chairman Freddy Shepherd has passed away. I owe him a huge debt for bringing me home. RIP.’

Rob Lee, who played over 300 games for the Magpies between 1992-2002, was also quick to pay tribute to the former chairman, writing: ‘So sad to hear my former NUFC chairman Freddie Shepherd has died #RIPchairman.’