Former NRL and Wallabies great Mat Rogers opens up on the devastating disease that left him in crippling pain and fearing for his life: ‘I thought I was going to die’

Former NRL great Mat Rogers thought he ‘was going to die’ as an autoimmune disease left his body in crippling pain and feared he may have to bid farewell to his family.

The 46-year-old began to suffer from seronegative inflammatory arthritis earlier this year.

The condition, also known as spondyloarthritis, is a joint disease of the vertebral column whose symptoms include pain, morning stiffness, fatigue, fever and low appetite.

However, while the symptoms are similar to those of rheumatoid arthritis, the way the two conditions affect the body varies greatly.

While rheumatoid arthritis generally hits small joints like the hands and feet, spondyloarthritis is more likely to start in the lower back or shoulders.

Speaking ahead of the release of his new book, ‘A Father’s Son’, Rogers recalled how a mild shoulder niggle soon turned into unbearable pain.

‘I thought I was going to die. I literally got a condition where my immune system started attacking my joints and I was just like an old man,’ the former dual code star told the Courier Mail. 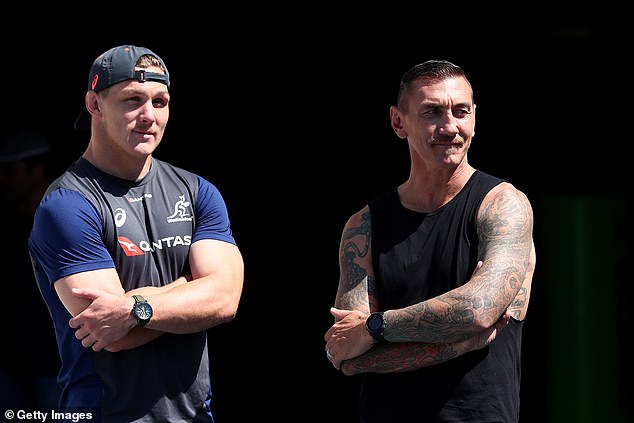 Rogers, pictured here with former Wallabies skipper Michael Hooper in 2018, will release his new book ‘A Father’s Son’ on October 5 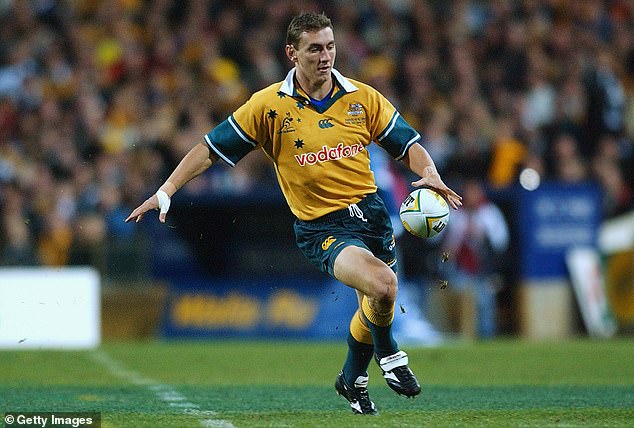 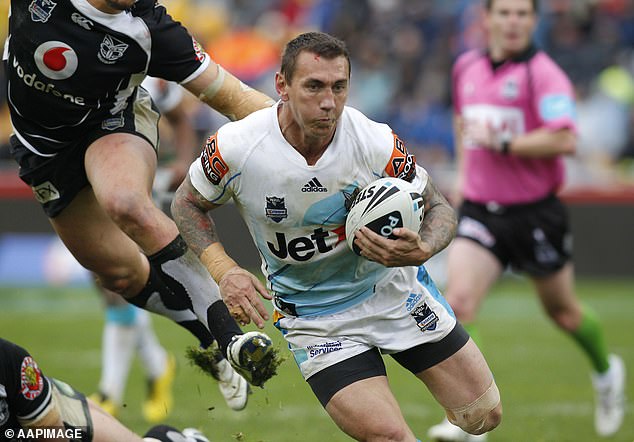 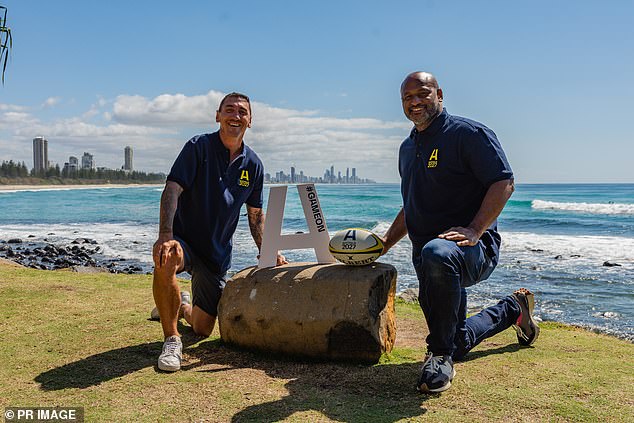 ‘It started out rather mild in my shoulder then it sort of riddled my body. I thought this was it, I thought I had some sort of blood cancer.’

The former dual code star, who played a combined 12 seasons with Cronulla and the Gold Coast Titans in the NRL and five seasons with the New South Wales Waratahs in rugby union, feared he may leave his five kids and wife prematurely.

‘It certainly was a very quiet time of reflection when I was going through that with my kids,’ Rogers, who won 11 caps for the Kangaroos and 45 for the Wallabies, said.

‘My mum was my age when she died and given what it did to us I was really worried.’ 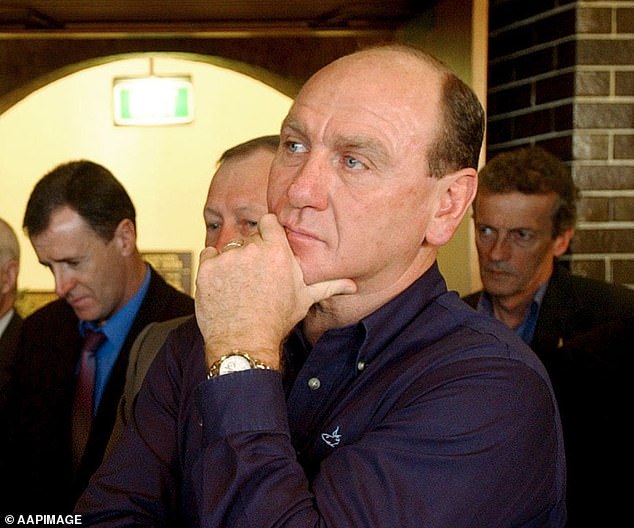 In his book, Rogers also delves into the relationship with his late father, Steve. The former Cronulla great and Kangaroos captain died in 2006

In the book, Rogers also opens up on his relationship with his late father, Cronulla great and former Kangaroos captain Steve Rogers, who died in 2006.

‘I didn’t have an easy childhood, and I’ve always resented it to be honest,’ he said.

‘It was the way my dad’s relationship was with me, it was tough. As a kid it was hard to get dad’s approval or to say I’m proud of you.