A former NRL bad boy has called for players with a history of violence against women to be banned for life – and revealed the video he was shown of a fellow star’s disgusting act that ‘made him sick’.

Former Australian and NSW Blues front rower Willie Mason was among a host of former NRL and AFL footballers who opened up about controversial and confronting topics when ABC’s You Can’t Ask That aired on Wednesday night.

The question that sparked the biggest reaction was ‘Why Do So Many Of You Treat Women Like S***?’

Reading out the question alone was enough to fire up Mason, who played 290 NRL games over 15 seasons.

‘There’s over a 1,000 people that play this game. You’re talking about five people.’

Mason recalled his disgust of seeing one video of a mystery player dehumanise a woman and compared it to Carney, whose NRL career ended abruptly mid-season over an infamous ‘bubbler incident’ at a Cronulla nightclub.

‘That guy who filmed that girl, putting his foot on her head, spitting on her,’ Mason said.

‘The disrespect I saw in that video made me sick and I see some pieces of s**** playing our game right now.

‘Todd Carney, on the other hand, just p***ed his own mouth and got his contract ripped up, and I don’t think that’s fair.

‘I just don’t think the repercussions are big enough.’ 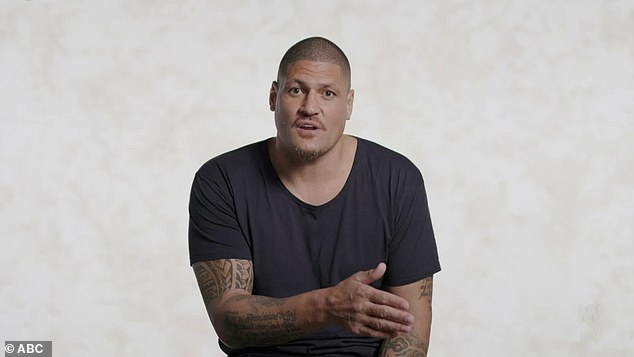 ‘I see some pieces of s**** playing our game right now,’ a fired up Willie Mason told ABC’s You Can’t Ask That

‘Situations like that where guys have been overly sexual in their actions. I just wish I’d been the person I should have been,’ he said

The topic of domestic violence sparked an angry response from Mason.

‘If you do anything like that you’re sacked,’ he said.

‘Not have six months off and you’re welcomed back in the back door and playing NRL. No, you’re done.

‘If you were like that and in a club and you said something to a woman that I didn’t like, then I would  call them a f*****t.’ 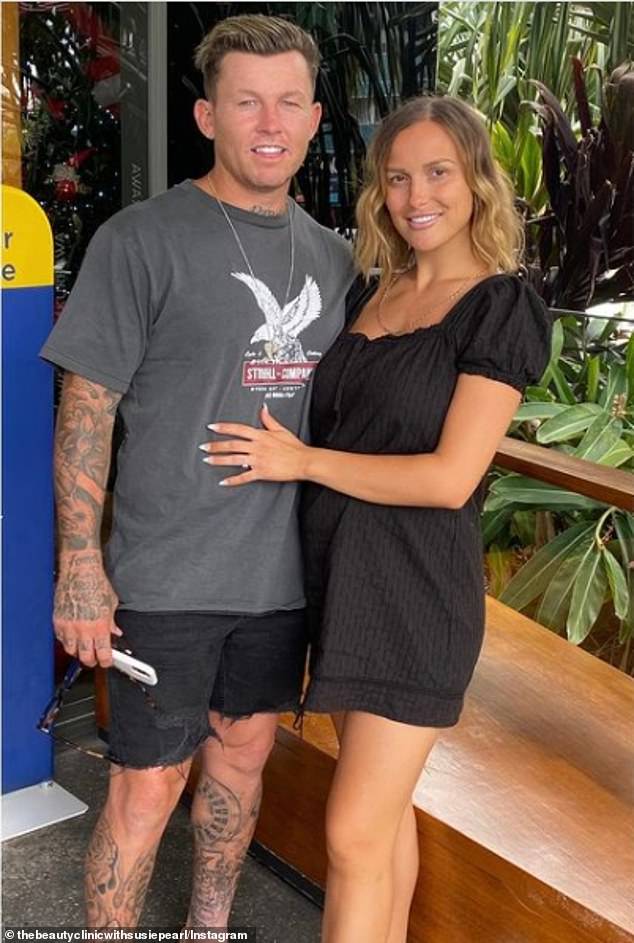 Life after the game: Since leaving NRL, Todd has found love with former Married At First Sight star Susie Bradley. The couple became engaged in October 2020

‘If you hit a woman and stuff like that, well, there should be a black mark through your name straightaway,’ he said.

‘There’s a lot of times where people will accept things because a person can throw  or kick a football better than someone else.

‘And I think we’ve got to look past those achievements in the sporting arena and look at the behaviour of some of the people and just go, ‘Well, that’s not acceptable.’

Mason’s tough stance on today’s players won over many viewers who described him as one of the stars of the program.

‘Well said Willie Mason. Bloody well said you do DV you don’t get to come back in six months. You’re done as a footballer,’ one wrote online.

Another added: ‘As a Victorian, my perception of a Willie Mason was wrong. He is an impressive guy.’

Carney opened up about his infamous ‘bubbler’ incident that made headlines in 2014.

At the time, he was sacked mid-season by the Sharks and had his $3million contract torn up after an image of him appearing to urinate into his own mouth at a Sydney pub went viral.

He was made to answer if he had ‘p****d in his own mouth’ to which he replied: ‘Well, it’s an optical illusion. That’s what the bubbler is, isn’t it?’

‘And I’m not gonna lie and say that was the only time I’ve done it, otherwise I wouldn’t have know I could do it.’

The Dally M Medal winner also said on the program: ‘Yes, I’ve done some stupid things in the past but that was always the headline – ‘bad boy of rugby league’.

Roberts, along with Mason defended Carney over the incident, saying: ‘Yes the photo was obviously not a good thing.

‘But he’s not the villain people think he is… I really felt for him. He got crucified,’ he added, referring to the blitz of negative headlines at the time. 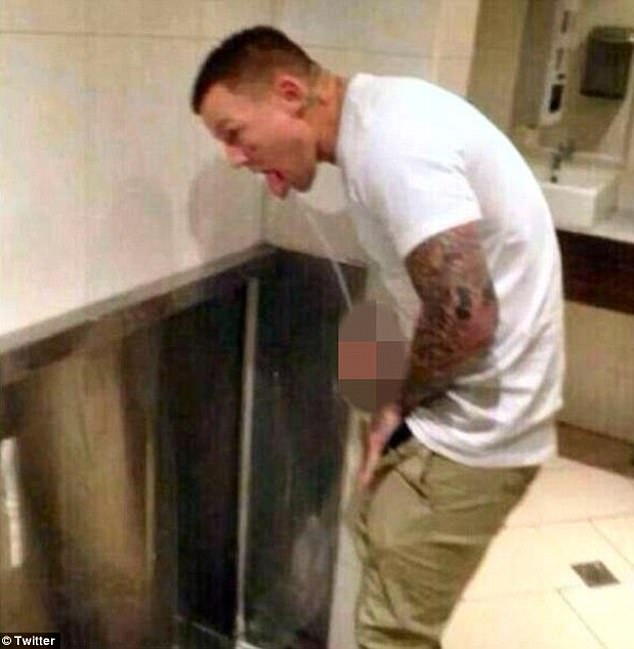 Infamous: He was made to answer if he had ‘p**sed in his own mouth’ to which he replied: ‘Well, it’s an optical illusion. That’s what the bubbler is, isn’t it?’ Pictured: the infamous bubbler photo

Carney said male affection was commonplace on and off the field – but he never saw it as homoerotic.

‘The bum taps are just an excitement thing,’ he explained.

‘I gave plenty of bum taps along the way and kissed my mates along the way on the field, and on nights out on the drink. I’ve probably given blokes a bit too long of a kiss. But I’m definitely not gay,’ he added.

The panellists agreed there are gay players in both footy codes who have kept their sexuality a secret.

In January, singer Jack Vidgen, one of the drawcards on I’m A Celebrity… Get Me Out Of Here! revealed he knows ’10 or 12′ closet gay AFL players.

‘I would never say their names, but they wouldn’t come out anyway,’ he said. ‘It would be a really hard thing to go through in that industry.’ 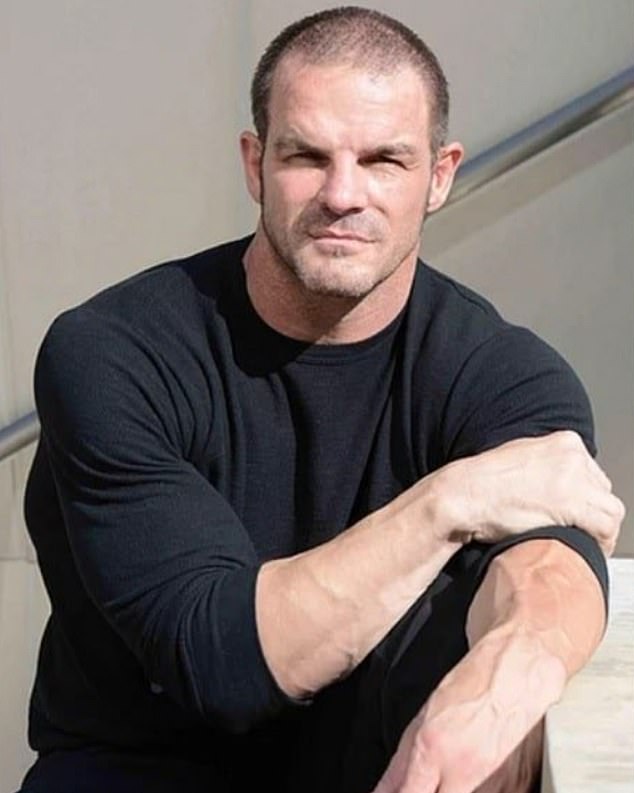 Former NRL star Ian Roberts defended Todd Carney over the incident, saying: ‘Yes the photo was obviously not a good thing, but he’s not the villain people think he is… I really felt for him’

Answering a series of revealing questions, former Carlon and Melbourne Brock McLean revealed he battled bulimia for much of his career.

I suffered from bulimia for three-to-four years of my career,’ McLean said.

‘It is also a misconception [that] because players are making hundreds of thousands of dollars, they are not susceptible to depression.

‘I suffered in silence, acting like nothing was wrong. It drains so much of your energy because you put this barrier up. I’d just go home, lie in my room and cry.’

Fellow ex-player Daniel Jackson, who was on the books of Richmond, also revealed he had an unhealthy ‘obsession’ with his weight.

He often found himself on the scales before eating dinner, and if he didn’t like his weight, he would eat tiny portions of salad instead of a hearty meal.

When he reflects on that time of his life, Jackson believes he didn’t enjoy his privileged lifestyle, as it was ‘hard work’. 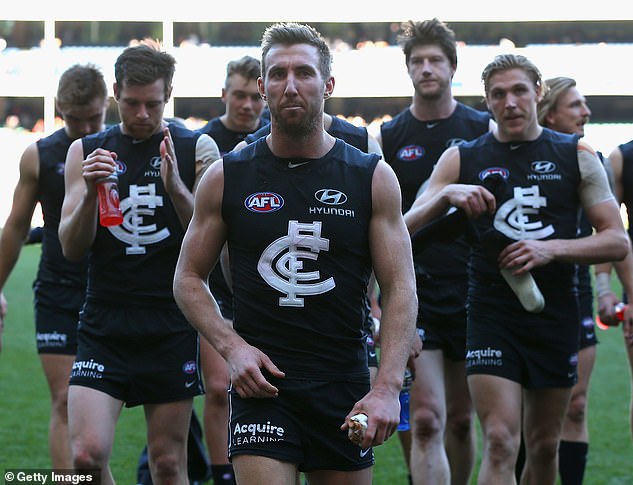