Former NSW minister Ian Macdonald has had his conviction quashed and will face retrial for misconduct in public office.

The former Labor politician has been in custody since 2017 when he was jailed for 10 years, with a minimum of seven, after being found guilty of two counts of wilful misconduct in public office.

But on Monday, five Court of Criminal Appeal judges quashed the 69-year-old’s conviction and ordered a new trial.

They did the same for former union boss John Maitland, who was jailed for six years with four years non-parole on two charges of being an accessory to the alleged misconduct.

Macdonald was alleged to have favoured the interest of Doyles Creek Mining, chaired by Maitland, over the interests of the state when he granted a Hunter Valley coal exploration licence in 2008 without a competitive tender.

Maitland ultimately made $6million after selling shares related to the deal.

Macdonald’s lawyer, Phillip Boulton SC, wasted no time applying for bail in the NSW Supreme Court and it was granted by Justice Natalie Adams, prompting Macdonald’s wife to cry and embrace a supporter.

Outside court Anita Gylseth said she was ‘overwhelmed’ and looked forward to seeing her husband.

Under his bail, he’ll have to reside in the Blue Mountains, report to police once a week, not approach any points of international departure or contact prosecution witnesses except through his lawyer.

In 2017, a jury found Macdonald guilty of two counts of public misconduct while Maitland was found guilty as an accessory.

Mr Macdonald’s barrister, Phillip Boulton, SC, argued that it was never adequately proven to the jury that his intentions by closing the deal were ‘improper’, The Sydney Morning Herald reported. 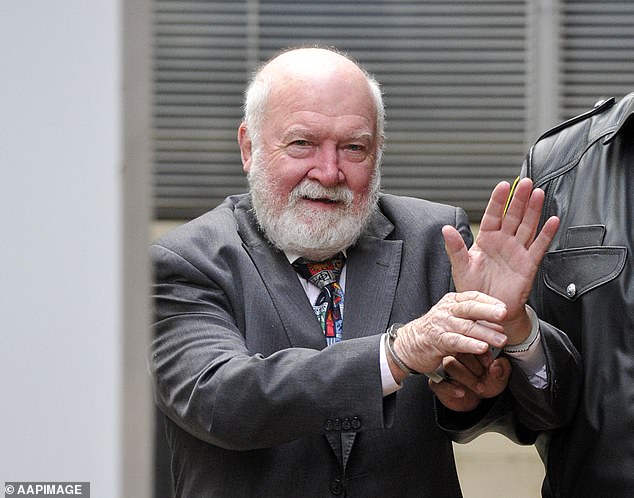 Former union boss John Maitland (pictured), who was jailed for six years with four years non-parole on two charges of being an accessory to the alleged misconduct, also successfully appealed his conviction

Mr Boulton argued that Justice Christine Adamson had provided ‘misleading’ and ‘confusing’ directions to the jury, they also argued his sentence was ‘excessive’ and that evidence against him was ‘compulsorily obtained’.

‘The learned trial judge misdirected the jury in relation to the elements of common law offence of misconduct in public office in relation to both charges,’ court documents read.

‘The jury’s verdicts were unreasonable and cannot be supported having regard to the evidence.’

‘A miscarriage of justice was occasioned on account of evidence now available to the appellant.’

An administrative hearing for the men’s retrial has been slated for March 1.