The cop, best remembered for taking the confession from David Berkowitz, the Son of Sam has died. Former Chief of Detectives John Keenan was just three months shy of his 100th birthday when he died Thursday.

Keenan, got his law enforcement training as a World War I veteran storming the beaches of Normandy on D-Day in 1944. He was also part of the Battle of the Bulge.

Keenan, spent 30 years in the NYPD, and then served as Vice President of Operations for the New York Racing Association.

But he’ll forever be known for the person that took down the infamous serial killer Berkowitz, after more than a year of terrorizing New York City, and in particular, young, brunette haired women.

When a parking ticket, issued to a car seen parked near the scene of one slaying, finally led detectives on Aug. 10, 1977, to the Yonkers home of Berkowitz, a 24-year-old postal worker, Keenan was there to confront him. It was a climactic scene Keenan later recounted many times for journalists.

Police Commissioner James O’ Neill referenced the exchange Keenan had with Berkowitz when he was taken into custody in 1977.

Former NYPD Chief of Detectives John Keenan died at 99. He was the cop who took ‘Son of Sam’ David Berkowitz’s confession in 1977 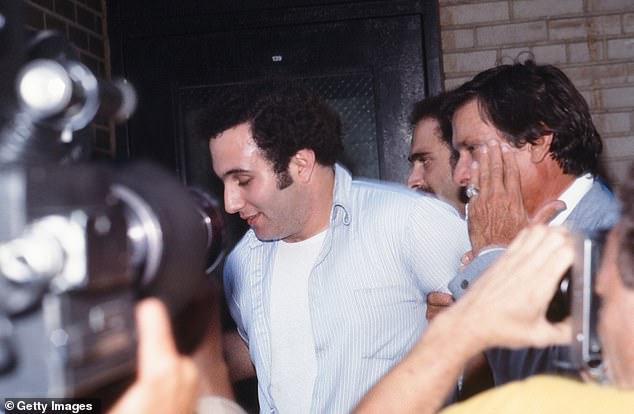 David Berkowitz, the Son of Sam, finally brought into custody in 1977. Former Chief of Detectives John Keenan, who had a large role in that, died at 99 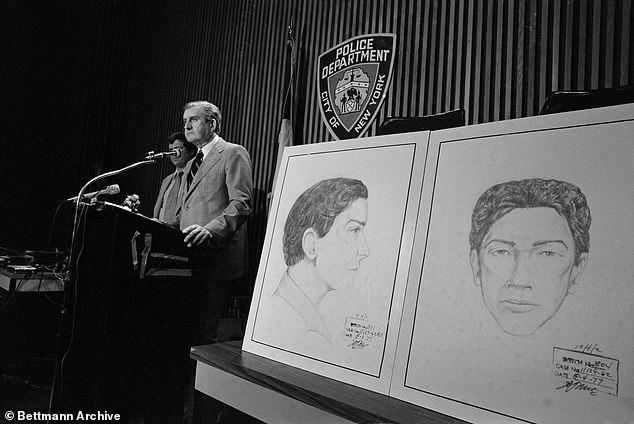 Former Chief of Detectives John Keenan presides over a press conference where he shows a sketch of the ‘Son of Sam.’ Keenan died at age 99 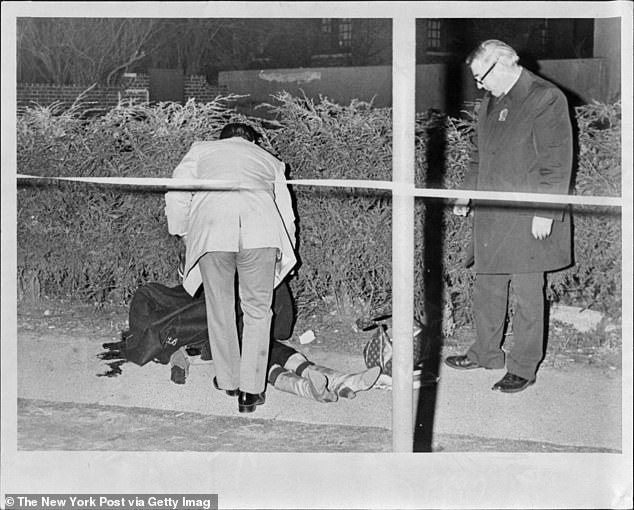 Police examiner the body of a ‘Son of Sam’ victim. The detective, John Keenan. who took his confession in 1977, died at 99

Searching for the killer, he oversaw a task force dubbed “Operation Omega” that by one count involved 75 detectives and more than 200 uniformed officers. Keenan also used televised press conferences to talk directly to the killer, trying to coax him into stopping his crime spree and surrender.

But Keenan’s law enforcement career than the Berkowitz confession. He made a trailblazing move as the first chief of detectives to assign women police officers to the department’s perennially male homicide squads, the New York Daily News reported.

He was quoted in the New York Times in 1977 that the inclusion of women to the homicide division was ‘more than just a trend of women’s lib’ and that women ‘can upgrade the work of investigation squad,’ 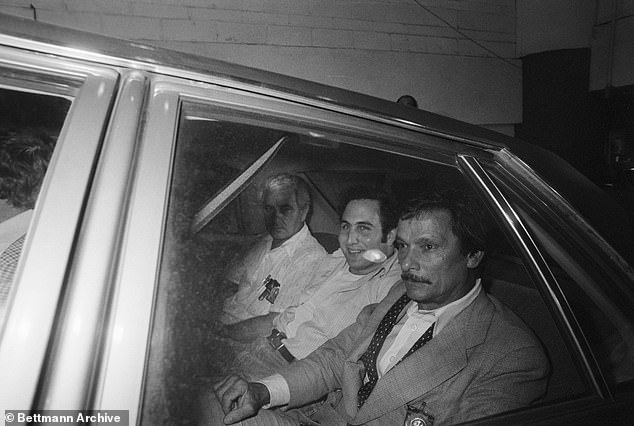 David Berkowitz (center) led away for  six killing in 1976 and 1977. The detective who took his confession, John Keenan, died at 99 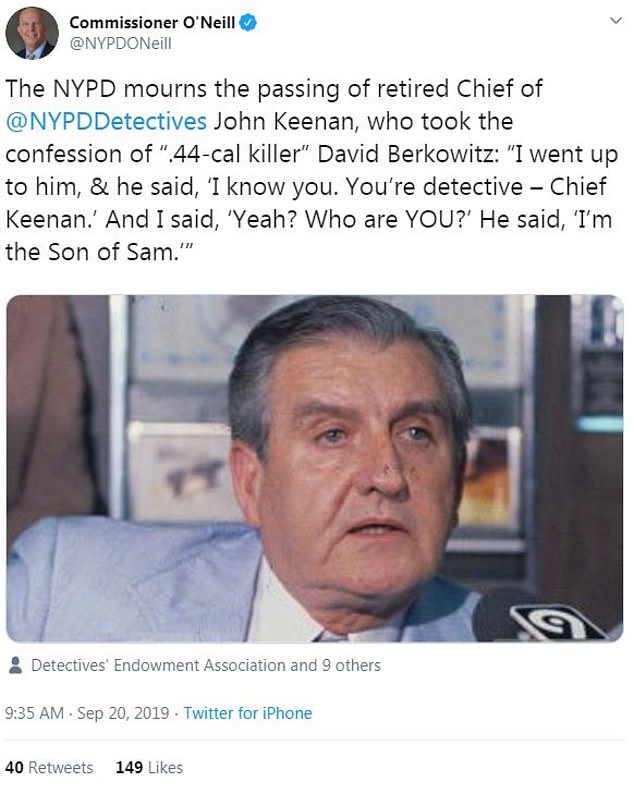 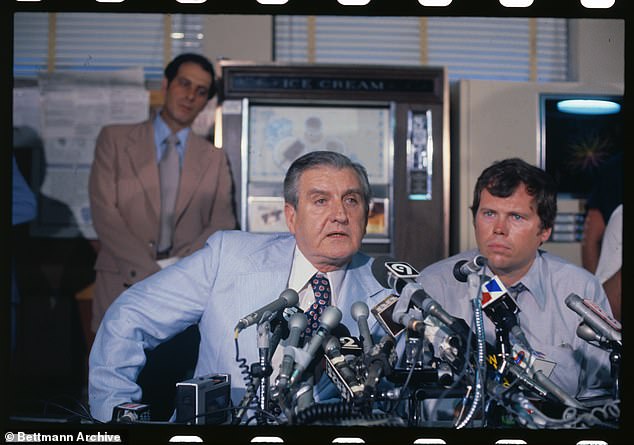 Chief of Detectives John Keenan leads a press conference on the manhunt for ‘Son of Sam’ killer. Keenan died at age 99 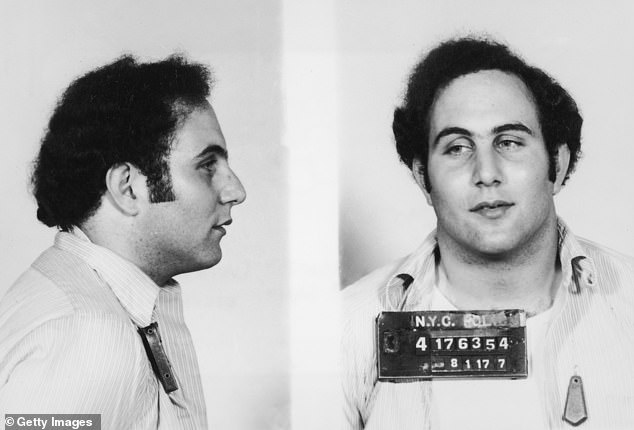 The mug shot of David Berkowitz, a.k.a. the ‘Son of Sam.’ John Keenan, the detective in charge who took his confession died at 99

The killer stalked his victims with a .44 caliber handgun, killing six and wounding seven others.

As the thermometer rose in the summer of 1977, so did the anxiety level for young women and their families, who set an unofficial sundown curfew.

‘Sam’ would send rambling letters to New York Daily News columnist Jimmy Breslin, such as this one in June 1977:

‘Hello from the gutters of New York.

Don’t think because you haven’t heard from me for a while that I went to sleep.

I am still here. Like a spirit roaming the night. Thirsty, hungry, seldom stopping to rest. Anxious to please.’

It was a parking ticket sitting on his car outside his Yonkers apartment that did him in.

The postal worker told court-appointed psychiatrists that the klliing spree was ordered by his neighbor’s dog.

The killer, who now had a name, David Berkowitz, said the neighbor Sam Carr lived 6,000 years ago.

“Truly saddened to learn that former Chief of Detectives John Keenan has passed,” Shea wrote on Twitter. “A life of epic heroism, he stormed Normandy on D-Day, fought in the Battle of the Bulge & later, as the NYPD Chief of D’s, took the confession from the Son of Sam. We salute you, sir. #FidelisAdMortem”

Author J.D. Salinger, who was writing ‘Catcher in the Rye’ between battles, was in Keenan’s infantry division and became a lifelong friend.

Recounting the manhunt to NY1 for the 40th anniversary of the arrest, Keenan said even he had been afraid of where the gunman might strike next.

‘My daughter Joan was a teenager, and I had two other daughters,’ Keenan said. ‘And I was worried about them. I realized most fathers were in the same position: They were worried about their daughters. It became kind of a panic in the city.’

The killer had been taunting investigators in letters to famed New York Daily News columnist Jimmy Breslin. In one, he offered detectives words of encouragement.

‘Please inform all the detectives working the case that I wish them the best of luck,” Berkowitz wrote. ‘Keep Em digging, drive on, think positive, get off your butts, knock on coffins, etc.

‘Upon my capture I promise to buy all the guys working on the case a new pair of shoes if I can get up the money.’

Keenan was in charge of the detectives from March 1977 to January 1978.

Services for Keenan will held Sunday at 2 p.m. at the Reposing Macken Mortuary in Rockville Centre. A funeral mass will be held at St. Agnes Cathedral on Monday at 11 a.m.