Former Oasis star Noel Gallagher, 52, is given green light to build state-of-the-art woodland gym in the grounds of his £8m Hampshire mansion

Former Oasis star Noel Gallagher has been given the green light to build a state-of-the-art woodland gym in the grounds of his £8 million Hampshire mansion.

The 52-year-old purchased the seven-bedroom property last year and in December, applied for permission to install a gym in the back garden of the Grade II listed property.

The building is to be located in an area of semi-woodland, in close proximity to other outbuildings on the site. 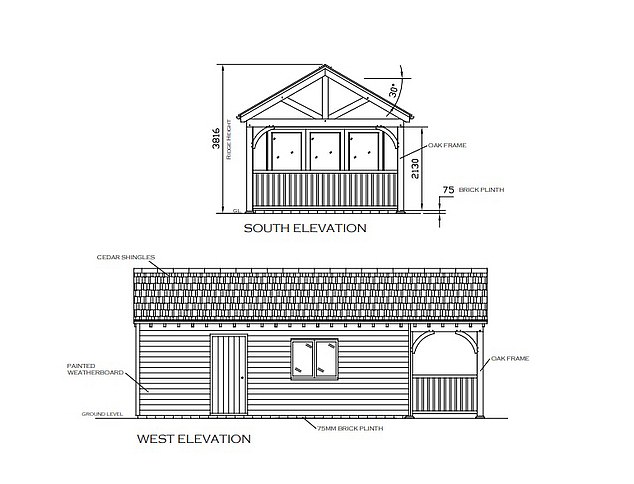 The local authority said: ‘In this instance, the outbuilding would be located discreetly in a wooded area and would be relatively well screened from the highway by vegetation.

‘The design would be of modest scale and the use of timber cladding is considered to be appropriate for the rural location in which it would sit.

‘The proposal is considered to be acceptable as it would not detract from the character and appearance of the area.’

The Don’t Look Back In Anger singer has previously told how his Scots wife Sara MacDonald, 48, forces him to go to the gym. 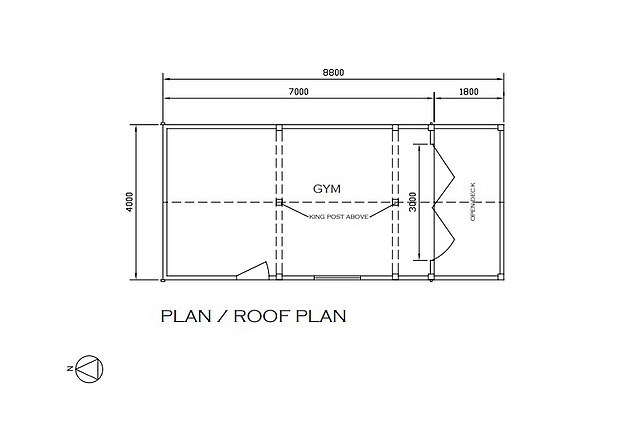 The floor plans of the gym are seen above. It will be at the bottom of the garden in the Hampshire property

Gallagher submitted plans in September to remove a wall on the first floor of the house and create an enlarged dressing room and ensuite bathrooms, property pictured above

He said: ‘I wouldn’t say I enjoy the gym but I go. If I can put the gear on then I’m going, that’s the most difficult act for me, putting on the shorts and the trainers and the ill-fitting top, once I’ve got that one I’m like, ‘Well I might as well go now.’

‘My missus, she cracks the whip, she’s a fitness fanatic, she’s at the gym five days a week and she looks amazing.

‘She’ll always say the same thing when she gets up to take the kids to school, she’ll go, ‘You going to the gym?’ I’m like, ‘I still look like an unborn baby, at least give me an hour to wake up.’

Gallagher’s planning application stated: ‘The building has been designed to provide for a home gym.

‘The building is to be located in an area of semi-woodland, in close proximity to other outbuildings on site, and close to a secondary access to the site.

‘The scale of the building is proportionate to the overall size of the property.

‘The property benefits from far-reaching views over the surrounding hills.’

Gallagher submitted plans in September to remove a wall on the first floor of the house and create an enlarged dressing room and ensuite bathrooms.

But upon discovering an active bat roost in the roof, the rock star asked ecologists to determine if the work would disturb the protected species.

After several visits, including analysing bat droppings, they determined that no work to the country home should be done between last November and this March to avoid any potential disturbance to hibernating bats.