A Colorado man said he was stunned when he came home from a trip out of town to find two shirtless men sitting in his living room with a camcorder and an open bottle of lube on a table – while his dog-sitter took a shower.

Klete Keller, a three-time Olympian-turned-real-estate-agent, said he hired a sitter through Wag to care for his dog Jimbo while he was away.

Keller said he returned to his Colorado Springs home on Monday around 1am to find the two men relaxing on his couch with no shirts on.

The 36-year-old former Olympic swimmer, who competed in the 2000, 2004 and 2008 Olympics, said he asked them to leave and that’s when he spotted a bottle of personal lube on his living room table, as well as a camcorder.

‘It’s pretty self explanatory what was going on,’ he told Fox 21, adding that his bed sheets were dirty and there was what appeared to be bodily fluid on his couch. 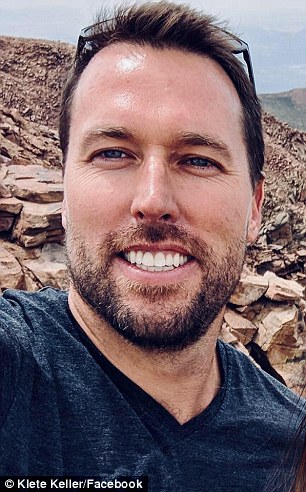 Klete Keller, who competed as an Olympic swimmer, said he hired a dog-sitter through Wag and came home to find the sitter in the shower and two shirtless men on his couch 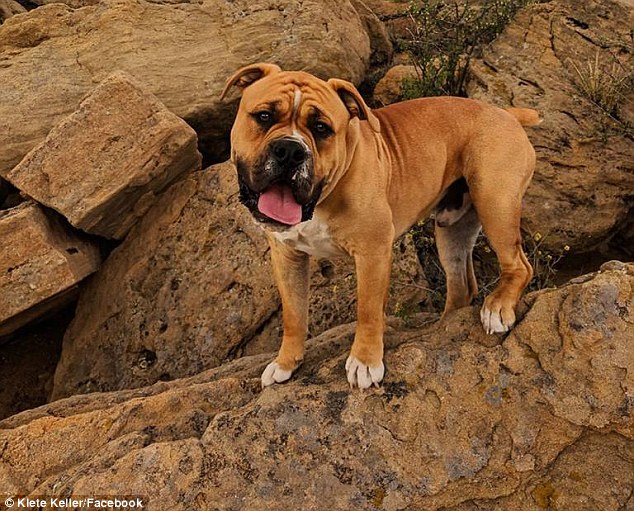 Keller said his dog, Jimbo, had been locked in a bedroom and was sitting in his own urine

‘The general smell in the house is disgusting. I’ve had all the windows and doors open.’

Keller said he later learned that the woman who was supposed to be watching Jimbo had been taking a shower when he came home. The dog was locked in a bedroom siting in his own urine.

‘It was just a total mess and I can only imagine what poor Jimbo saw in there,’ he said.

The sitter tried to explain what happened telling Fox that she had locked her keys in her car and her two friends helped her get them unstuck with lube.

‘To be completely honest, I didn’t have WD-40 and my keys were stuck in my car, so I ended up grabbing what I had in my car, for things, that, you know, I do in my personal time and I didn’t think to put it back in my car,’ she said.

As for the alleged bodily fluid on Keller’s couch, the sitter offered: ‘I wouldn’t know anything about that, because I know that I took a shower at his house and I was on the couch in a towel … and that was before my friends got there.’

She did not explain why her friends took their shirts off or why a camcorder was on the table in the living room. 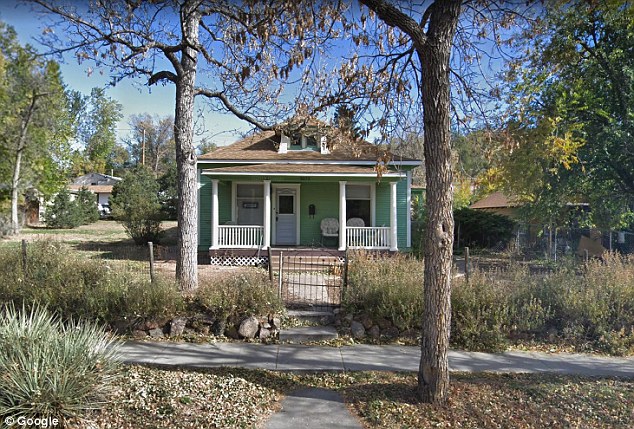 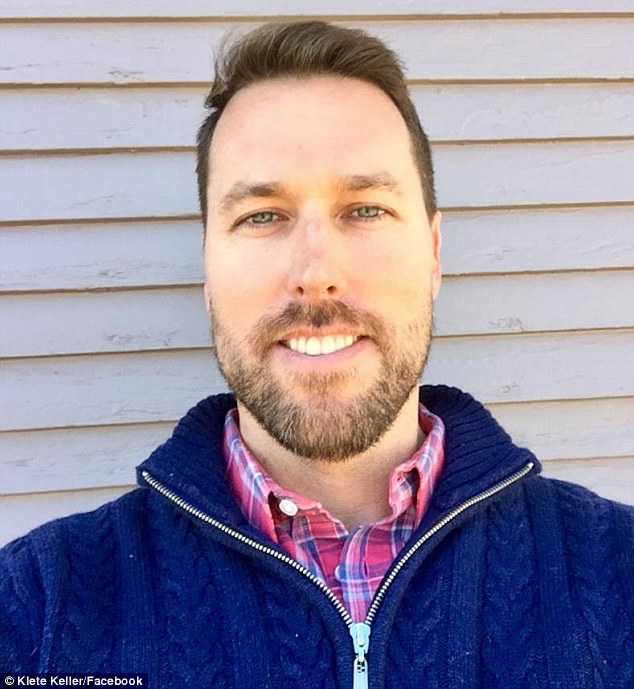 Keller, who now works as a real estate agent, said there was an open bottle of lube and a camcorder on his living room table 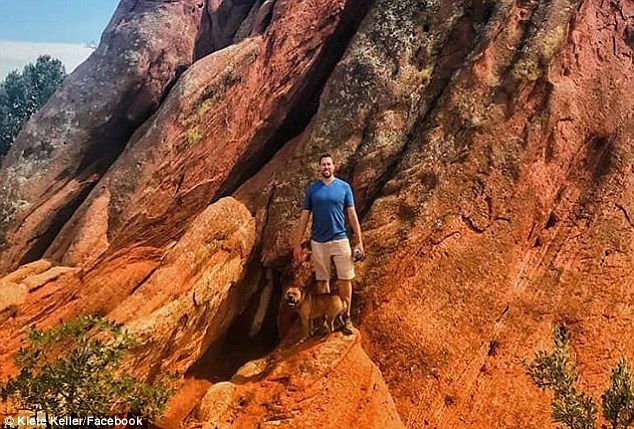 ‘I’d like to apologize to him for making him feel like I violated his house, because that wasn’t my intention. I misinterpreted information and I had guests over when I shouldn’t have,’ the Wag sitter said.

Wag said the sitter had a 4.96 rating out of 5 and had completed 305 dog walks and sittings with the company. She has since been suspended from the platform, the company told Fox in a statement.

‘We have launched an investigation into this incident and have suspended the sitter from our platform. The circumstances around this incident are unacceptable, and we expect everyone on our platform to conduct themselves in a professional manner,’ the statement read. ‘The trust and safety of the Wag! community is a top priority, and we are working with the dog’s owner to restore his trust.’

The company added: ‘Wag! does extensive background checks on all its walkers and sitters. This includes a SSN Trace (an Identity Check), a Facial Recognition Check (against all official documents provided), a Document Check, a National Criminal Check, a CountyCriminal Check, a Sex Offender Check and a Global Watchlist check. In this case, the walker/sitter passed all of them.’ 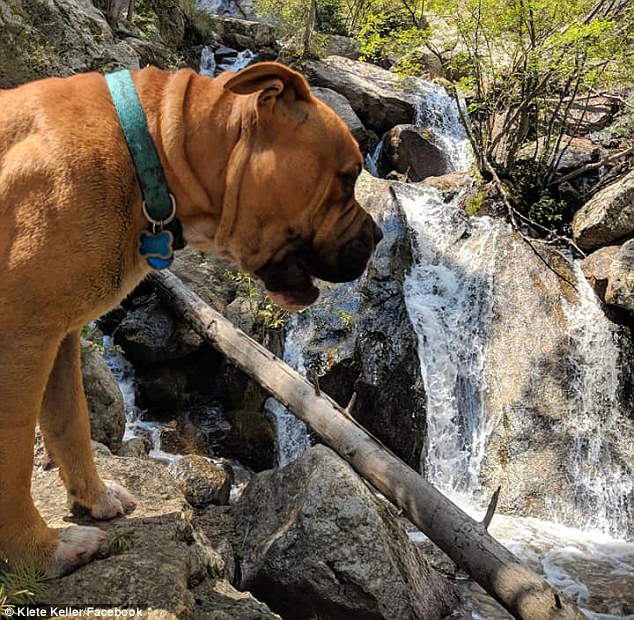 Wag, known as the Uber for dogs, said the sitter has been suspended and they launched an investigation

Wag, which launched in 2014 and is known as the ‘Uber for dogs’, has come under fire quite in a bit over the past year.

In March, a New York woman said her Goldendoodle Simba was hit by a car and almost killed after the Wag walker she hired to take her dog out dropped the leash to answer a phone call.

Wag said in a statement at the time that the woman was taking a call about her mother who was in the hospital.

Wag has also been accused of losing several dogs. Nicole DiCarlo, also of New York, said she hired a walker to take her Chihuahua Norman out on March 2 and the walker lost her dog.

According to the walker, Norman was trailing behind her when he slipped out of his harness. In a Facebook post on August 10, five months after he disappeared, DiCarlo said her pet dog is still missing.