From the outside, Jana Pittman seemed to have the world at her feet after becoming a two-time world champion in the 400 m hurdles.

But behind closed doors, the former Olympian was secretly battling with bulimia.

At the height of her success, the now 35-year-old, from Sydney, said she was winning world titles when she developed the eating disorder in 2004.

Speaking to Mamamia’s podcast No Filter, the mother-of-three revealed how she had a dysfunctional relationship with food for 10 years. 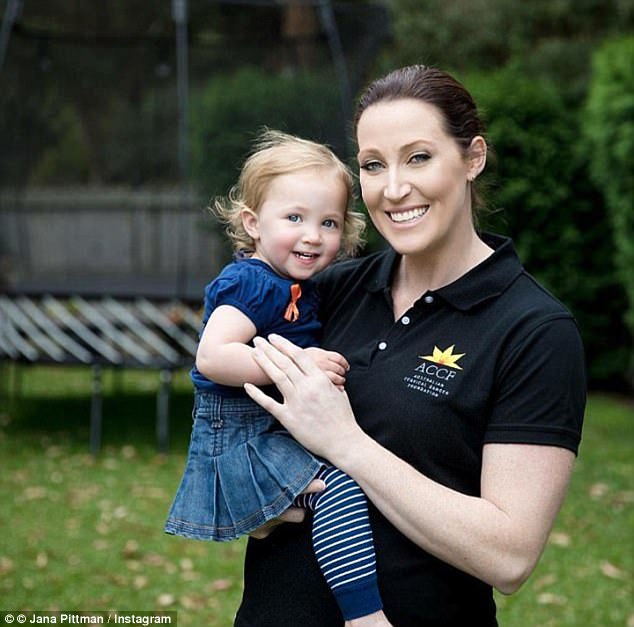 ‘One of the hardest parts about it was that when the issues started happening with diet, I was at my best in sport,’ she said.

‘I was winning world titles looking lean and fit and you would never have had any idea. Because I never got really skinny… I was a completely normal weight.’

As she fell into the grips of bulimia, the now-retired athlete – who won gold at two Commonwealth Games – said she felt the success had reinforced her illness.

CEO of The Butterfly Foundation Christine Morgan said people feel hesitant to recover since their identities are so wrapped up in their eating disorder.

‘A person may attribute their achievements to their eating disorder and fear that by letting go of certain behaviours they will lose their identity and control,’ Ms Morgan said. 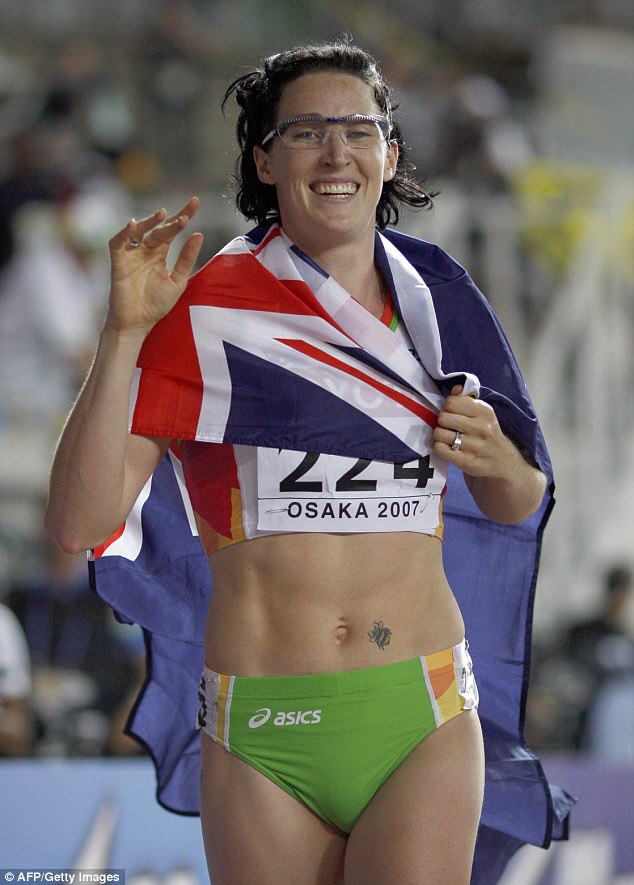 At the height of her success, Pittman said she was struggling with bulimia (pictured winning the women’s 400 m hurdles at the World Athletics Championships in Osaka in 2007)

In her book Just Another Hurdler, Pittman revealed how a knee injury she sustained in February 2004 led to her eating disorder.

‘I was racked with guilt… It must be my weight. I am too heavy and I caused the injury,’ she wrote.

‘I went into overdrive, writing myself the strictest eating plan that ever existed.’

And it isn’t the first time Pittman spoke out about her struggles with food. 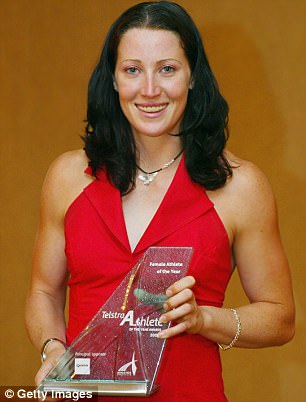 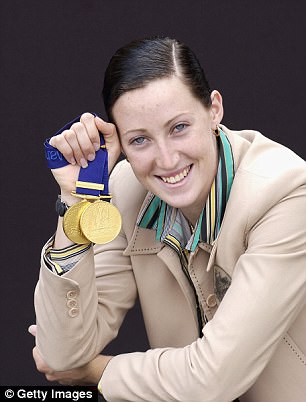 As she fell into the grips of bulimia, the now-retired athlete – who won gold at two Commonwealth Games – said she felt the success had reinforced her illness

Earlier last year, the former hurdler said she was struggling with retirement because she never reached her goal of winning an Olympic gold medal.

‘I didn’t ever hit the goal that I was hoping for in my career. Growing up as a child wanting to win the Olympic Games is all I ever dreamed of, I never made it,’ she said.

‘I have a beautiful family and three beautiful kids. I’m studying to be a doctor… I have so many things on, I can’t fit training in anymore.

‘I’m not interested in being there [at the gym] but for some reason I can’t let go because that elusive gold medal never happened.

‘I feel very fat right now with the amount of food I eat,’ she said as she laughed. ‘I just had a baby but I feel like I just can’t stop eating.’