Former Overstock CEO claims Russian agent Maria Butina, then his girlfriend, offered to arrange a private meeting between him and Putin in 2016

The former CEO of Overstock.com has claimed that Russian agent Maria Butina offered to arrange a private meeting between him an Russian President Vladimir Putin.

Patrick Byrne, who stepped down last week from the company he founded, made the claim in a lengthy blog post on Tuesday detailing his relationship with Butina.

Butina is currently serving a federal prison sentence for conspiracy to act as an agent of a foreign government without registering, and Byrne has made confusing claims that he was in a relationship with her at the behest of U.S. authorities in furtherance of a political espionage plot.

In his blog post, Byrne describes how he cultivated a relationship with Butina in 2015 with the knowledge and encouragement of U.S. counterintelligence officials. 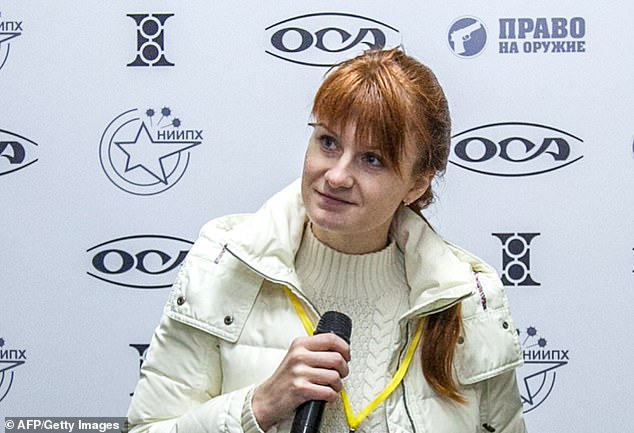 Byrne implies that the U.S. counterintelligence officials were interested in letting Butina insinuate herself into the campaigns of Donald Trump, Ted Cruz, and Marco Rubio in order to develop a potential scandal.

‘Around the end of March, 2016, Maria called me excitedly: there was an upcoming conference in St. Petersburg, Russia. Just two weeks away,’ Byrne writes.

‘It was major, being hosted by the Ministry of Finance (or something similarly grand). She had made arrangements for me to have a key speaking slot, on the subject of Bitcoin and Liberalism.

‘I would speak, and then since President Putin was in St. Petersburg the same day (he may have been speaking at the same conference), it had been scheduled that I would have 60 minutes alone with President Putin (with Maria as translator),’ Byrne continues. 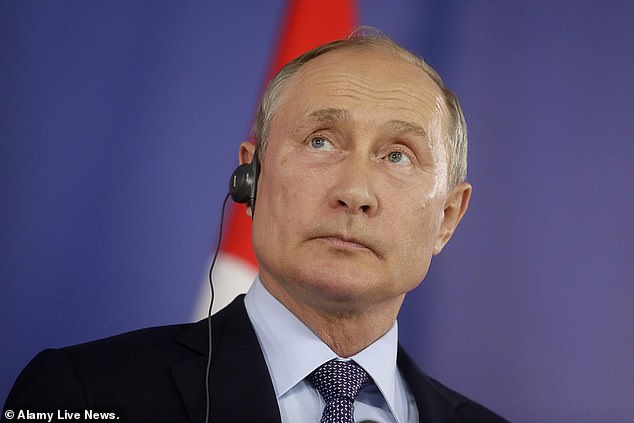 Byrne writes that he was intrigued at the possibility of ‘engage in some Miltonesque mind-openers’ with Putin, but that his handlers told him it would be too dangerous to attend the meeting.

He says that his handlers told him to break off the relationship with Butina, and that he did.

Butina is serving 18 months in jail after becoming the only Russian arrested and convicted in the sprawling three-year investigation into Russia election meddling.

With the backing of a Kremlin power broker, she parried her supposed grass-roots Russian gun rights group into a bridge into US conservative politics, drawing the attention of US counterintelligence though she had no direct links to Moscow’s main spy agencies.

She appears to have had what her lawyer termed a ‘romantic’ relationship with Byrne at the same time she live together with her boyfriend, a Republican operative, in Washington while attending graduate school at American University.