The NFL is accused of intentionally obfuscating the payout process of a class-action settlement with former players who filed medical claims related to concussions.

In total, 1,713 claims were made and 1,113 of those involved dementia. But according to one of several filings made by the players’ attorneys, the league has paid out only six of those claims so far after originally projecting 430 dementia claims would be paid out by this time.

According to Monday’s filing, the NFL’s own projections had the league paying out $72.3 million over 430 dementia claims in the first year of the deal.

The latest filing, submitted Tuesday, claims the settlement payouts are ‘failing to provide a fraction of what the NFL promised,’ adding that the league ‘will argue virtually anything to evade payments.’

The latest filing claims the settlement payouts are ‘failing to provide a fraction of what the NFL promised,’ adding that the league ‘will argue virtually anything to evade payments’

The payments are handled by Richmond-based BrownGreer, an independent court-appointed firm. In spite of that, attorney Gene Locks wrote that the ‘NFL seeks to rig the Settlement system.’

‘This is part of the League’s DNA,’ the filing continued. ‘Historically, it has always engaged in scorched-earth litigation, and that is what the League is doing here, making it a Settlement in name only.’

The NFL disputes these claims.

‘The notion the NFL is throwing sand in the gears and trying to block and obstruct, nothing can be further from the truth,’ a league official told The Chicago Tribune.

The lawsuit was finalized on January 17, 2017 and was expected to cost the NFL around $1 billion.

BrownGreer founder Orran Brown told the Tribune that the NFL has no role in the payout process and explained that several procedural issues are to blame for the delay.

However, the NFL can appeal the rulings, and the players are claiming that it’s those arguments that have muddled the payout process.

Former New England Patriots cornerback Ronnie Lippett’s Alzheimer’s claim was denied in December. The 57-year-old was told his dementia might be caused by sleep apnea or depression.

‘I stopped using my sleep apnea mask because I was scared,’ he told the Tribune. ‘Is this the cause of it or what?’

Lippett is now convinced he does have dementia, but he’s struggling to appeal the ruling because the neuropsychologist who diagnosed him is reportedly under audit. 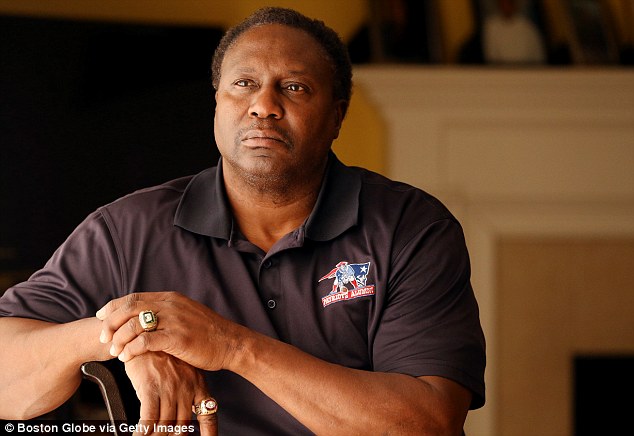 Former Patriots cornerback Ronnie Lippett’s Alzheimer’s claim was denied because, as the 57-year-old was told, his dementia might be caused by sleep apnea or depression

‘To me, it’s pretty obvious that it’s a numbers game,’ said Liz Nicholson, wife of former Cleveland Browns offensive lineman Gerry Sullivan. ‘They’re saying, ‘Okay, we’ve got to pay out the ALS cases, we’ve got to pay Parkinson’s. But where we can really fudge things are the dementia cases’ – which is the bulk of the claims.’

In total, 183 players have received at least a portion of a settlement, totalling $150 million. 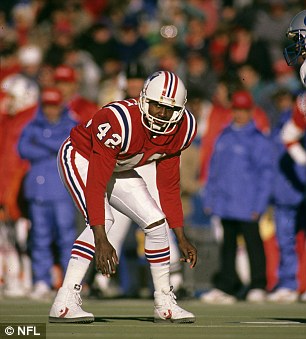 Lippett is now convinced he does have dementia, but he’s struggling to appeal the ruling because the neuropsychologist who diagnosed him is reportedly under audit

The NFL projected a total of 665 claims amounting to $243 million in payouts in the first year.

There have been another 143 claims approved that have yet to be paid out and those total $198 million. Some of those can been subject to appeal, however.

‘We are exceeding expectations in every respect except for one, and that’s dementia,’ co-lead counsel Christopher Seeger told the Tribune. ‘The only reason we’re not – and we’re starting to catch up – is because the court-appointed claims administrator had identified hundreds of suspicious claims. I think we have now worked through a lot of that and we’re back on track.’

‘Ninety-four percent of the claims rewards have not been challenged on appeal,’ said the league official told the Tribune. ‘In the overwhelming bulk of the awards made so far, the NFL has not filed an appeal. I just don’t think the statistics lie and there’s certainly been an emphasis on the few disappointed players and their representatives to try to suggest something – mainly that the league is obstructing the settlement process – when the actual facts are completely the opposite.’

The 61-year-old, who spent a decade in the NFL, said he is certain football destroyed his life as he now battles neurodegenerative diseases with clear links to repetitive head trauma.

Gastineau insisted he doesn’t care about the money, all he wants is for NFL Commissioner Roger Goodell – who was an intern when they met more than 30 years ago – to treat him with respect and acknowledge that football led to his degradation.

‘It’s not right and I haven’t been that way all my life,’ Gastineau told Pete McCarthy on WOR Sports Zone on Thursday.

‘I wasn’t the smartest little cookie in school. But you know what… I wasn’t that way.’