Police sex scandal: Senior cop executive and father who had an affair with a younger colleague and used the office computer system to receive nude emails from her is demoted

A police senior executive who had an affair with a younger colleague has been demoted after using the office computer system to receive her nude photos.

John Purcell, the former Assistant Director in the Office of Information Management at Western Australia Police, has taken a pay cut after an internal audit last year found ‘obscene and offensive’ photos he received from the woman between 2013 to 2016.

Documents obtained by The West Australian reveal Mr Purcell, who was in a relationship at the time, exchanged 23,736 personal messages with the woman which included 12 images of her ‘either nude, semi-nude or wearing only underwear’.

In an email on July 11, 2014, Mr Purcell received an image after he ‘actively invited’ her to send him photos as they worked.

Another seven messages detailed plans for ‘intimate liaisons during work hours’, which they carried out on five of the occasions.

She no longer works with WA police.

During the audit, WA Police’s human resources section accused the father-of-one of failing to delete the dirty emails or ‘cease the receipt of such emails’.

Details of the scandal emerged when Mr Purcell appealed against his demotion in the WA Industrial Relations Commission.

In the appeal, his counsel argued the demotion was ‘harsh and unfair’, with Mr Purcell claiming he had tried to end the affair and sought counselling from his church in 2017 and 2018 over the incident.

They added their client had an ‘unblemished record previously’ and had taken ‘actions to redeem himself’.

But last week the commission ruled that it was ‘entirely appropriate’.

‘The appellant’s misconduct can only be described as brazen and cavalier.’ 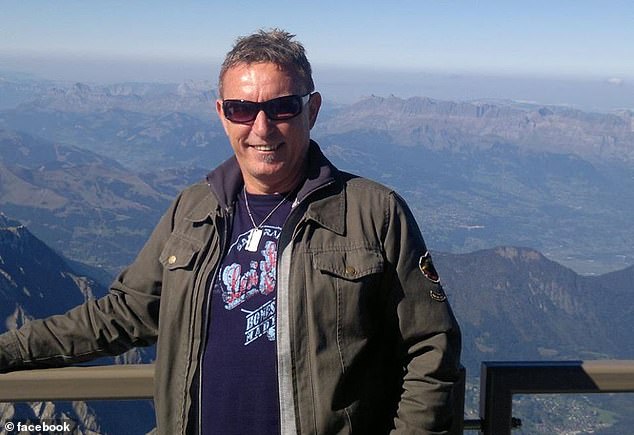 Mr Purcell, who is not a sworn officer, tried to appeal the demotion in the WA Industrial Relations Commission but it was denied

Mr Purcell and the woman ‘struck up a friendship’ in 2011, which developed into an on-off relationship until 2017, the commission heard.

During that time, Mr Purcell had a partner who subsequently became his wife.

He was also found to have emailed an ‘unauthorised person’ sensitive information from the force and highly sensitive and confidential State Government information  between 2015 and 2016.

Mr Purcell, who has worked with WA Police since 1992, did not receive criminal charges as a result of his offences.

Instead, he demoted from a level 8.3 position to a level 5.4, which meant he was ‘unlikely to have access to sensitive or confidential material’, no longer have responsibility over a large number of employees, data and ‘multi-million-dollar budget’.