Former Pop Idol winner Will Young has been banned from driving for six months after his 4×4 Mercedes smashed into the back of a parked car, seconds before the vehicle’s driver was about to get in it.

Jedburgh Sheriff Court in Scotland heard how Young drove into a lay-by, which had a parked car in it, at about 40mph on January 21.

The 39-year-old Evergreen singer was said to have mistaken a bollard for the central reservation about one mile south of Earlston on the A68, driving towards Edinburgh at around 6pm.

Procurator fiscal Graham Fraser told how the owner of the parked Nissan Qashqai Rob Hogarth was returning from a friend’s farm and crossing the lay-by at the time.

He then had to ‘jump clear to avoid being struck’.

Race course manager Mr Hogarth told the Daily Record: ‘I so nearly went to put my jacket in the boot, and if I’d been standing at the boot then I don’t know what would have happened.

‘We were waiting for the police to come and he said: ‘Oh my God, you were so nearly killed’ and it was only at that point that I realised that yeah, he just about very nearly hit me.

‘I know the whole situation is awful – my car was written off and it’s been terrible trying to sort out the insurance – but he couldn’t have been nicer.’

Conditions were described as ‘fairly poor’, with it being dark with snow.

The court heard the entertainer braked to avoid hitting the man and lost control of his Mercedes G-Class.

Young’s 4×4 was damaged but he ‘wrote off’ the Nissan in the crash, the court heard. 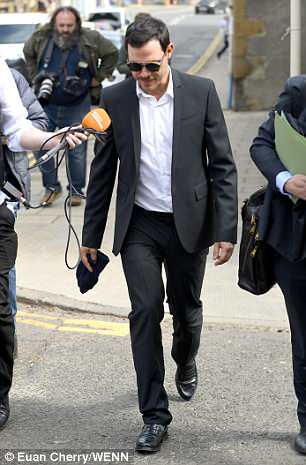 His lawyer said ‘clearly he made a mistake’ in relation to mistaking the bollards – which marked the entry to the lay-by – as the central reservation.

The court heard the singer had been ‘extremely apologetic’ for his ‘momentary loss of control’ and sheltered the man from the cold in his car before calling the police.

Young pleaded guilty in March at Selkirk Sheriff Court to driving without due care as well as at excessive speed for the weather conditions and for entering a lay-by, before appearing at the Jedburgh court for sentencing on Monday.

Sheriff J Euan Edment imposed five penalty points for the incident and banned him from driving for six months.

Young already had 11 points on his licence as well as a drink-driving conviction from 1998.

A disqualification comes if 12 or more penalty points are built up within three years. 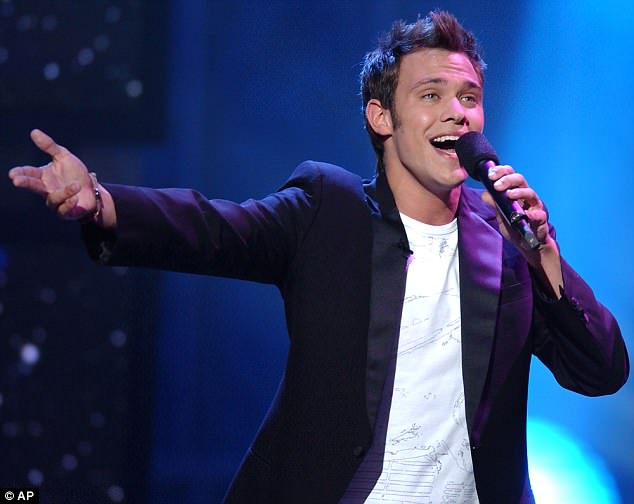 He shot to fame by winning the first series of ITV’s Pop Idol in 2002, beating Gareth Gates in a dramatic final

Sheriff Edment said: ‘I understand it’s been a momentary lapse in concentration.

‘To your credit you pled guilty from the outset.

‘You took the man into your car – dealt with in in a very honourable and responsible manner.’

He shot to fame by winning the first series of ITV’s Pop Idol in 2002, beating Gareth Gates in a dramatic final.

Young’s double A-sided debut single, Anything is Possible and Evergreen, was released two weeks later and became the fastest-selling debut single in the UK.

He has appeared in films including Mrs Henderson Presents, alongside Dame Judi Dench, and also performed in stage plays and West End musicals.