The pair made the most of the latest international break to tie the knot, with Steinhaus still working as a Video Assistant Referee in the Bundesliga.

Webb, 49, and Steinhaus, 42, made their vows in Germany, with the pair unable to have any attendees to the ceremony in Hanover.

Speaking to BILD, Steinhaus said: ‘We got married during the last international break and are very happy.

‘Unfortunately, due to the Corona regulation, Howard and I could only take this important step as a pair. Not even witnesses were allowed.

‘Of course there was no honeymoon either.’

She did, however, reveal that there would be a change in her name when he returned to Bundesliga VAR duties this month. 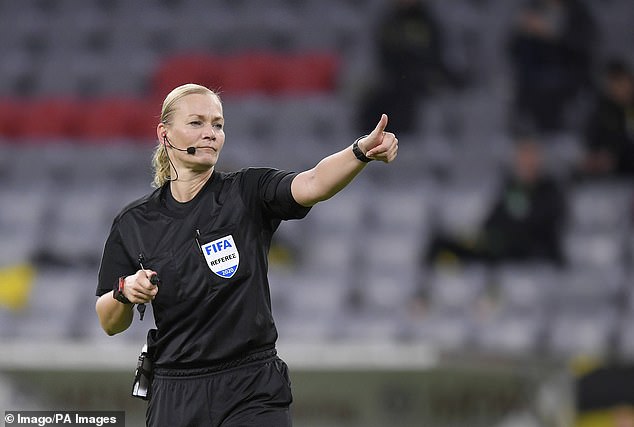 Steinhaus still works in the Bundesliga as a Video Assistant Referee, having left the pitch

‘As of now, Ms. Steinhaus-Webb is sitting in the Video-Assist-Center in Cologne,’ she added.

The pair currently live apart, with Webb living in New York, while Steinhaus continues to work in Germany.

Webb moved abroad to live with Steinhaus after splitting from his wife Kay, mother to his three children.

He famously referee the FIFA World Cup final in 2010, failing to send off Holland’s Nigel de Jong for a high boot on Xabi Alonso. 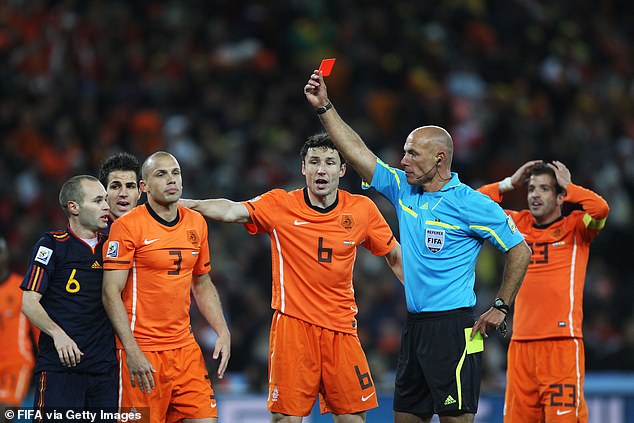 Webb was appointed the referee for the 2010 World Cup final in South Africa, which Spain won

In his autobiography, The Man in the Middle, detailed the reasons for the split with his first wife Kay.

Talking about life as an official, Webb wrote: ‘We worked hard and played hard. If a match had gone well, we’d reward ourselves by piling back to someone’s room, cracking open the beers and chatting until the early hours.

‘It was a charmed life, a self-centred life and I’d often experience a huge sense of anti-climax when I returned home.’