Former prison officer, 63, is charged with the Outback murders of three people 40 years ago

Former prison officer, 63, is charged over the ‘real life Wolf Creek’ murders of three travellers who were killed while on the trip of a lifetime through the Outback in 1978

By Shive Prema For Daily Mail Australia and Aap

A man has been charged with the 1978 Queensland outback murders of Karen Edwards, Timothy Thomson and Gordon Twaddle.

The 63-year-old, whom the Courier Mail reported is former prison officer Bruce John Preston from Goulburn, has been charged with three counts of murder.

The charges come more than 40 years after the first of three bodies was found in remote Queensland bushland near Mount Isa.

The cold case was likened to a ‘real-life Wolf Creek’, the story of three road-trippers in remote Australia who are plunged into danger. 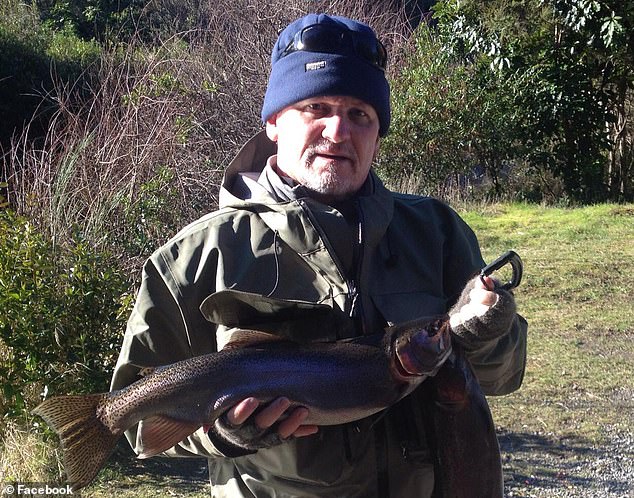 Former prison officer Bruce John Preston, 63, is from Goulburn and has been charged with three counts of murder

The three had last been seen on the morning of October 5 following their arrival in Mt Isa as part of a motorcycle journey from Alice Springs to Melbourne.

Tim 31, and Gordon, 21 were family friends from New Zealand with a passion for motorcycles.

Karen, 23, was Tim’s girlfriend and the trio was on the adventure of a lifetime trekking across the outback.

Once they reached Cairns, the trio planned to head south to Melbourne for Christmas with family.

They never made it. 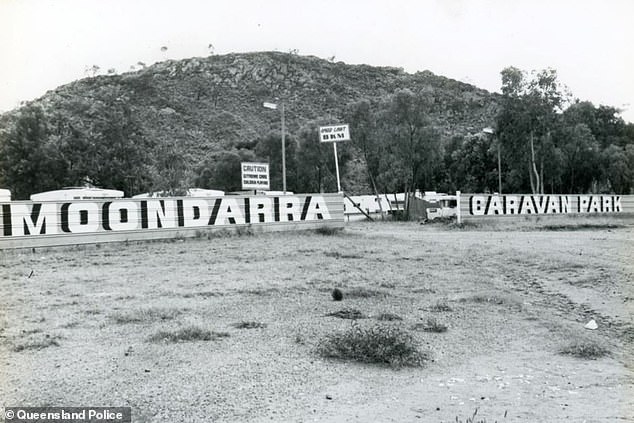 The trio were last seen at Moondurra (moondarra) Caravan Park, their bodies were found 19 days later in bushland near Spear Creek, 12 km north of Mount Isa 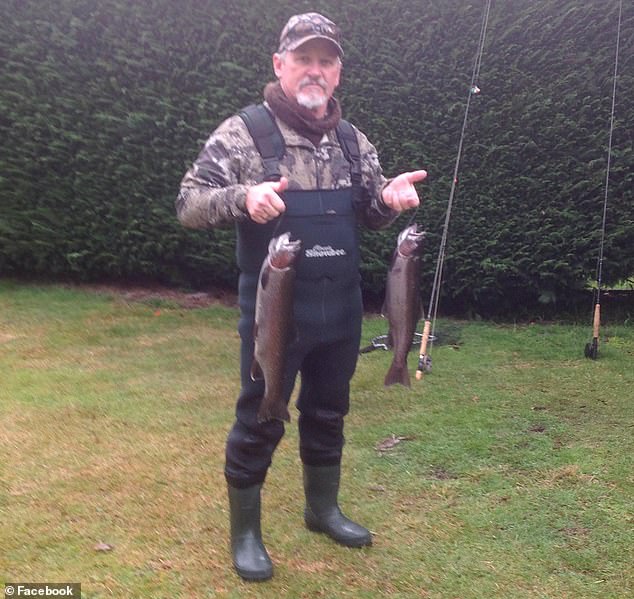 Detective Kentwell said Preston was ‘surprised’ by the arrest, but would not comment on a motive other than that he was known to the victims before October 5

After their last sighting in the Moondurra (moondarra) Caravan Park, their bodies were found 19 days later in bushland near Spear Creek, 12 km north of Mount Isa.

All three died from gunshot wounds.

Preston had been a person of interest, charged with stealing Tim’s motorcycle in 1978 for which he was convicted and fined $300. 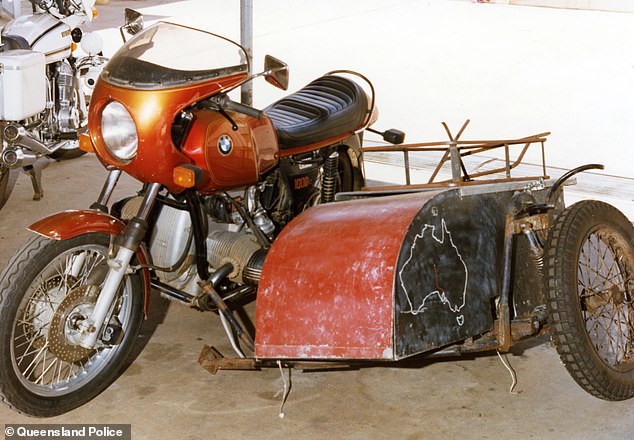 Preston had been a person of interest, charged with stealing Tim’s motorcycle in 1978 for which he was convicted and fined $300 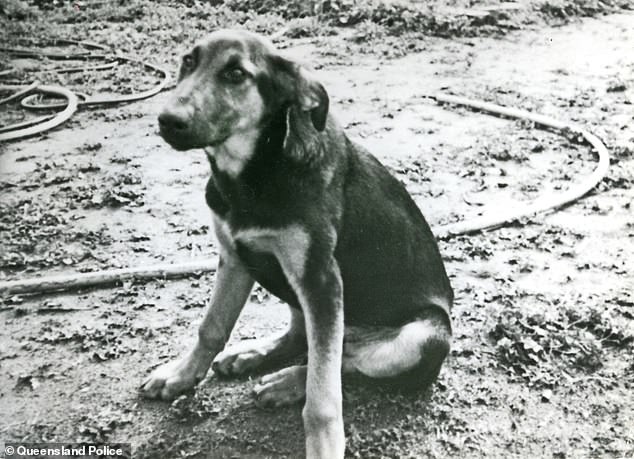 The trio were travelling with Tim’s dog Tristie (pictured). They lost Tristie and found him at Mount Isa dump 18 days before their bodies were found

Detective Senior Sergeant Tara Kentwell said the families of the victims had been told of the charges and were ‘relieved’ by the outcome.

‘We believe that there are still witnesses out there who hold vital information and we appeal for those persons to come forward,’ she said.

Detective Kentwell said the accused was ‘surprised’ by the arrest, but would not comment on a motive other than that he was known to the victims before October 5. 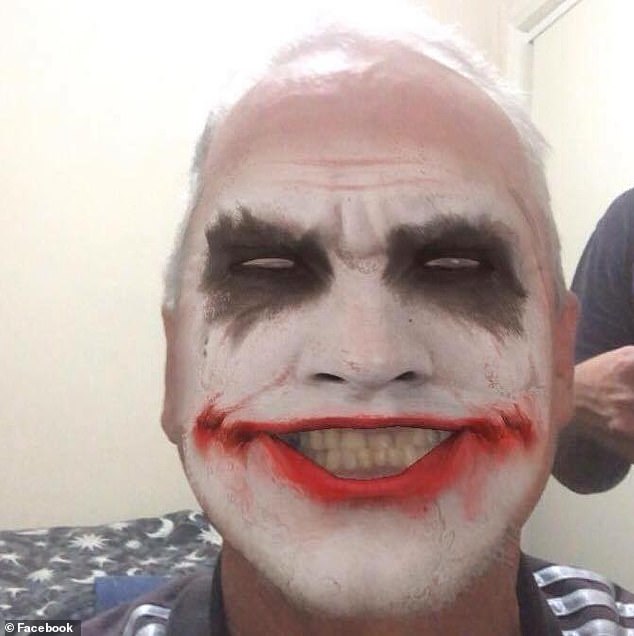 Preston using a joker filter on a Facebook profile picture. He is expected to face Brisbane Magistrates Court on Saturday charged with three counts of murder

Det Kentwell said it felt ‘pretty good’ to make an arrest four decades after the crime.

‘It’s a good feeling to provide some closure to these families after such a long time.’

The man is expected to face Brisbane Magistrates Court on Saturday charged with three counts of murder.

Monday, October 2, 1978: The trio embarked on a motorcycle trek from Alice Springs.

Tim and Karen were travelling in a red 1977 BMW 100S with a homemade side car carrying Tim’s nine-month old Doberman, ‘Tristie’.

The group travelled to Aileron and camped at Ti Tree in NT overnight.

Tuesday, October 3, 1978: The group stopped at Wauchope, ‘Devils Marbles’ and ‘The Three Ways’.

They met a male motorcycle enthusiast at Frewena before camping with him overnight at Barry Caves.

Wednesday, October 4, 1978: The group continued to travel with the man to Mount Isa.

Only Karen, Tim and Gordon checked into the Moondarra Caravan Park in the afternoon.

On Wednesday evening, the trio were joined by a man in a brown and white Toyota Landcruiser.

Thursday, October 5, 1978: The trio were seen leaving the caravan park with the man in the Toyota Landcruiser, leaving the motorcycles and dog behind.

Later on Thursday, the same vehicle returned to the park with a man seen alone looking for the dog.

Friday, October 6, 1978: All property except for the sidecar was removed from the campsite.

The dog was located at the Mount Isa Dump.

October 24-25, 1978: The bodies of Karen, Tim and Gordon were discovered in bushland at Spear Creek.

November 13, 1978: A 23-year-old local man was arrested after being found in possession of Tim’s red BMW motorcycle.

April 12, 2019: A 63-year-old man, reported to be former prison officer Bruce John Preston from Goulburn, is charged with three counts of murder