A former Charterhouse pupil groped a venue manager at an arts centre for a ‘dare’, a court heard today.

Alexander Broke-Smith, 23, allegedly sexually assaulted the woman while attending a joint 18th and 21st birthday party in north London with his girlfriend on July 12 last year.

The couple were with their friends at the bar when the manager came over and asked about the tab.

Alexander Broke-Smith, pictured, is accused of sexually assaulting a female bar manager during a birthday party in north London on July 12 last year 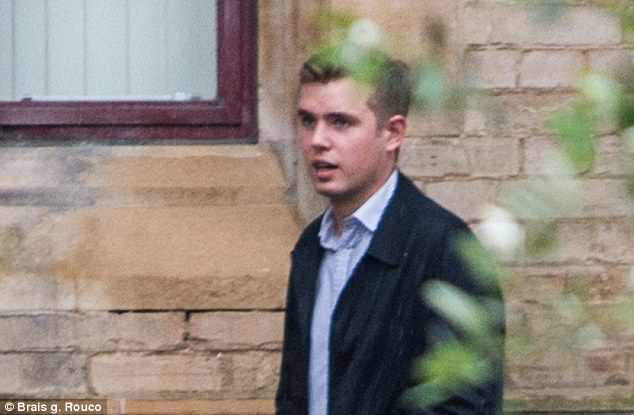 Broke-Smith then allegedly ‘cupped’ her in an intimate fashion from behind as she chatted to staff, Wood Green Crown Court heard.

Jerry Hayes, prosecuting, said the events manager noticed a young male sitting on a high wooden chair at the bar.

‘The tone of this man made her feel uncomfortable.

‘She told the defendant she was the venue manger. There was a verbal exchange.’

Mr Hayes added: ‘Then, she felt an aggressive push, between, in her words, her, “a*** cheeks”.

Giving evidence the woman told jurors she yelled: ‘Oi! You!’ at Broke Smith but saw him laughing and joking with his friends.

She said she grabbed him by the wrist, hauled him out of the bar and waited for security.

The woman said Broke-Smith told her: ‘You are making a big deal out of it. It was just a dare. I said I was sorry.’

She added: ‘Firstly, I was in shock, completely disbelieving. I felt a hand aggressively push between my butt cheeks, and forcefully forward and then cup and squeeze my right buttock.’

The head of security at the arts centre, told the court: ‘I was at the main door of the venue. The complainant came up to me. She told me a guy had touched her bum upstairs.

‘I went upstairs with the complainant and she pointed out the person who touched her.

‘He was at the top of the stairs. She pointed him out decidedly that he was the guy who touched her. I asked the guy to leave the venue.

‘At that point when I asked him to leave he said something like, “It was only a joke”.

‘He went downstairs of his own accord.

‘At that point the man was going to leave the venue.’

The security chief said he asked Broke-Smith to come back because it was a “police matter”.

He told the court: ‘I made that decision of my own accord. I asked him to come back inside. He did not comply. I told him what was going to happen. He decided to run away.

‘I tried to restrain the gentleman. I grabbed his jumper. His jumper was ripped. He was pulling away. He ran off in the direction of the high street.

‘I saw the complainant again – she was very upset.’

The court heard that during an interview at Wood Green, Broke-Smith denied sexually assaulting the woman.

He told officers he went to a birthday party with his girlfriend and some of her mates.

‘I became aware of someone trying to push past me and going to the bar,’ he said.

‘I did not know who she was. I thought she was a guest.

‘I stepped back to let her take my place. As she stepped past me, I said: “It is all yours.”

He said she replied, “I am the manager” in a rude tone.

‘She then took my place at the bar. I was upset that she had been rude to me as I had been accommodating and polite to her.

‘From were I was standing a friend was between me and the female.’ 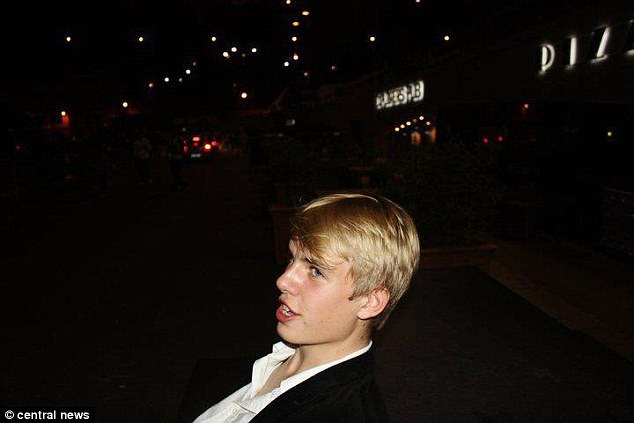 Broke-Smith claimed he was trying to gently push the complainant in the back with his open hand so when she turned around she would not know who had pushed her.

He denied touching her bottom or groin area but said he apologised to because he could tell she was upset.

Giving evidence the events manager told the court: ‘There was a group of people, I would say approximately seven. There was a gentleman sitting at the corner between the wall and the bar.

‘I needed to get to the bar. I wanted to check on the tab. He was facing the group in front of him sitting at the back.

‘I asked the group generally if any one was waiting to be served. I waited for a reply.

‘I got a reply from the defendant. He said: ‘No, you can step in, there is three of us here waiting to be served’. 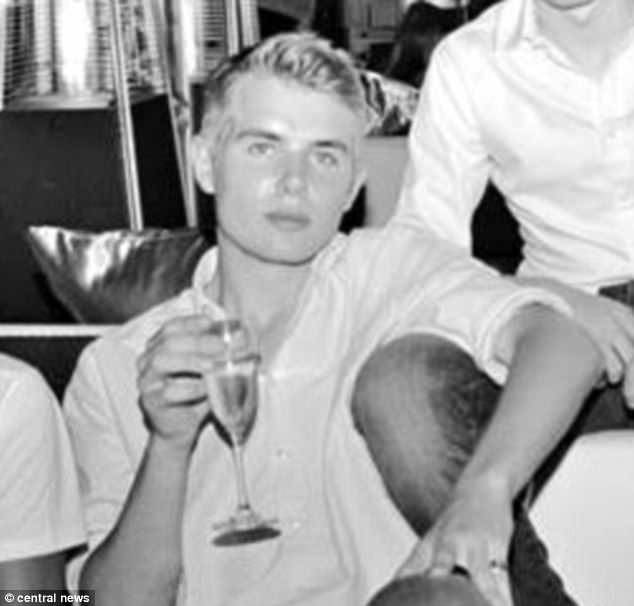 ‘I felt I was being misunderstood as an attendant of the party rather than the venue manger.

‘It felt slimy or derogatory. I felt it was necessary to explain I was the venue manger. I stepped through to the bar. I leaned over and got the barman’s attention.’

She said she was wearing a black skirt with black leggings underneath when she was groped by Broke-Smith.

The woman then grabbed Broke-Smith by the wrist, the court heard.

‘I wanted to bring him to security who took him off the premise.

‘I said, “Come with me” and turned to walk out the door”.

‘The bar manager was coming towards me and I asked him to get security. I walked out of the bar and down the stairs.

‘The defendant reluctantly said he was sorry. I did not accept his apology. I did not feel that he meant or understand what he had done. I told him it was not acceptable to touch women or anyone in that way.’

She said Broke-Smith’s girlfriend then screamed at her that he had apologised and that was enough.

Broke-Smith attended Charterhouse in Godalming, Surrey and read history at the University of Edinburgh after leaving the £38,000 per-annum school, according to his LinkedIn page.

Broke-Smith from Fulham, denies one count of sexual assault by touching.